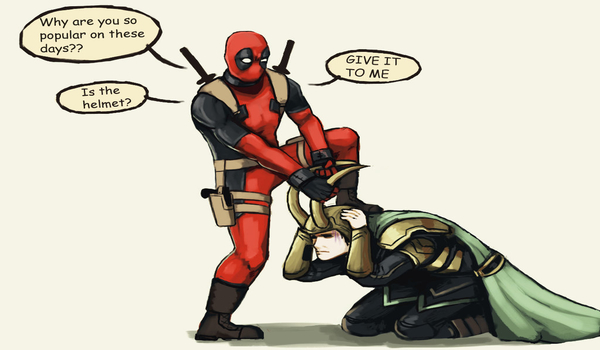 Oh Loki. Why are you so hot? Uhhhhh… I mean… why are you so POPULAR? Heh heh. Yeah. That’s what I meant. Popular. Dodged a bullet there. Seriously though, Loki has to be the biggest breakout character in the history of breakout characters. Take that Spike, Barney Stinson, Randy Marsh, K-9, Fonzie, and Phil Coulso- oh. Whoops. Sorry about that Phil. No hard feelings.

But why exactly IS Loki such a huge hit with fans? Truth is there’s a million and one reasons, but one thing is for sure… a lot of people went to see Thor 2 just for him. Are you jealous, Thor? Are ya? So we’re going to list the best Loki moments in The Dark World. And let’s face it, there’s a lot to choose from.

DISCLAIMER! The following is my own personal opinion. If you disagree then I’ll come round your house and rearrange all your furniture and it’ll take you ages to get everything back the way you like it. So there. 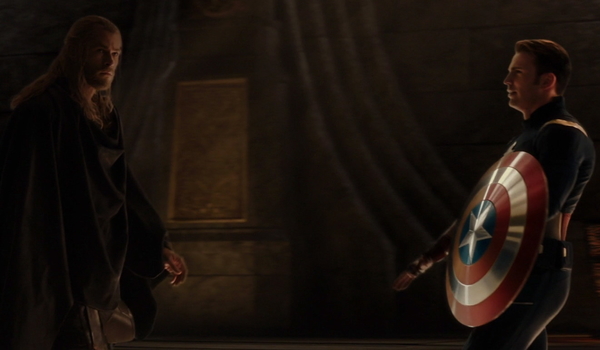 Loki’s a trickster at heart. I mean, this is a guy who was known as the God of mischief. So when Thor breaks Loki out of prison, is he grateful? Is he stealthy? Is he silent? What are you, nuts? Nope, he takes this moment to poke fun at Thor. Of course. But does he draw the line there? Oh-ho, no.

First he turns himself into an Asgardian soldier, then he turns Thor into Lady Sif (Let the horribly written fan-fiction BEGIN!), and finally turns himself into Captain goddamn America! But you want to know the best part? Are you ready for this? You sure? Positive? Okay, here goes… there’s a clip floating around the interwebz showing Loki in Cap’s costume. Don’t believe me?

You may now freak out. 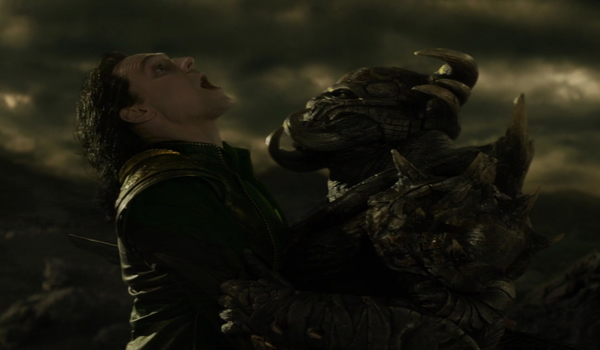 One criticism of the Marvel Cinematic Universe, and indeed of superhero comics in general, is that nobody stays dead. Bucky, Pepper Potts, and Phil Coulson are a few examples of this. I don’t personally think this carries much weight. I mean, look at all the characters that have stayed dead! Obadiah Stane, Ronan the Accuser, Triplett, Star-Lord’s mum, they’ve all stayed dead. And of course… Loki.

Yep. In his final moments, Loki chooses to save his brother, the man he hates most. A noble sacrifice, which in no way was a misdirection on Loki’s behalf. Nope. This is real. Yeah. 100% real. No fooling. He’s dead. Gone forever. Not coming back. Deadsville. He’s passed on! This Loki is no more! He has ceased to be! He’s expired and gone to meet his maker! He’s a stiff! Bereft of life, he rests in peace! If Thor had had the decency to bury him, he’d be pushing up the daisies! His metabolic processes are now history! He’s off the twig! He’s kicked the bucket, he’s shuffled off his mortal coil, run down the curtain and joined the bleeding choir invisible! THIS IS AN EX-GOD!!! 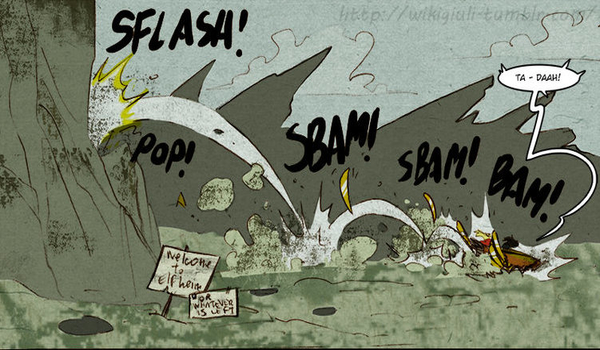 So Loki and Thor have stolen a Dark Elf ship and are trying to escape Asgard. And, once again, Loki takes this opportunity to make fun of Thor. This time criticising his driving skills. But Thor gets his own back, when he pushes Loki out of the ship in mid-air. Hah. That’ll teach him.

Don’t worry, he’s fine. They rendezvous with Jane Foster and prepare to travel to Sfart- Svfet- Svartlesfvfsfvsfv- the Dark World. But it looks like they’re not gonna make it! Then they do. Because if they didn’t, the movie would be over rather quickly. And Loki takes this opportunity to prove he can say literally ANYTHING and sound cool.