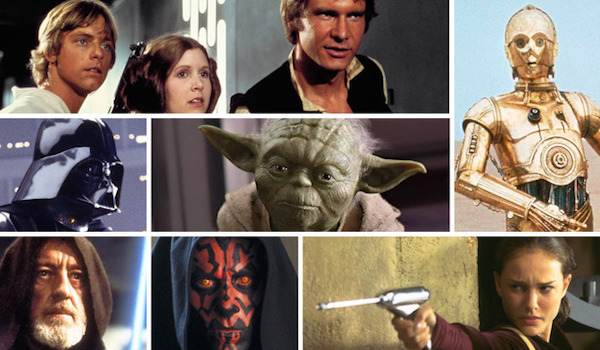 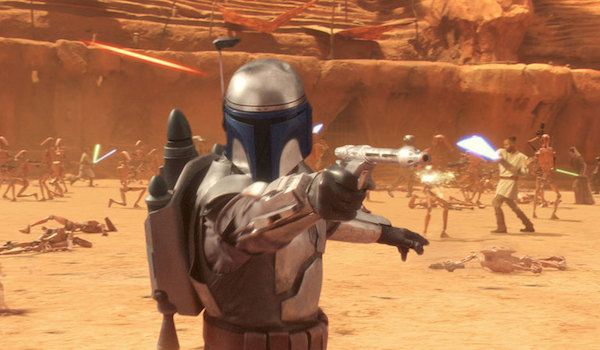 There have been talks about a Boba Fett feature film coming along sometime in the next year or two. While I love Boba Fett, I think we should give credit where credit is due and make a movie about his “dad”, Jango Fett. The closest thing we have to a feature film about Jango is a PS2 game from 2002 called Star Wars: Bounty Hunter. The game was excellent, and it showed a lot of Jango’s background in between The Phantom Menace and Attack of the Clones. However, the story was lacking something that I couldn’t quite put my finger on. If Jango were to get his own movie, I think it’d be appropriate to follow the same timeline as the game with minor alterations. I don’t want an origin story; I want to see him in the midst of his bounty hunting endeavors, possibly including encounters with major film characters.

By the time Jango dies in Attack of the Clones, Boba appears to be around eleven or twelve, so maybe, just maybe, the spin-off can show Jango briefly training Boba in the basics of bounty hunting. That way, we can still get plenty of action scenes thrown into the movie while also having a father/son or master/apprentice relationship going on with the Fetts. My only request? For the love of Yoda, please do not cast Will Smith and Jaden Smith as Jango and Boba. 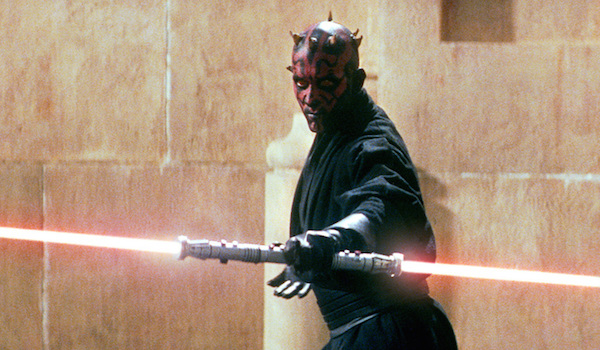 A Darth Maul spin-off can go one of two ways: we can either have a chronicling of his pre-The Phantom Menace days, or we can take a look at his life after he was sliced in half. Believe it or not, according to the Expanded Universe, he somehow survived his “death” at the end of the film when Obi-Wan cut him in half and kicked his body into the pit. Apparently, Maul goes on to acquire metallic spider legs. The next few years of his life are dedicated to finding Obi-Wan and personally “thanking” him for his demise.

A spin-off taking place in between Revenge of the Sith and A New Hope would be great if it focused solely on Darth Maul and didn’t try too hard to incorporate Easter Eggs to the rest of the franchise. I would just love to see him trekking across the galaxy, interrogating aliens and Jedi acquaintances to find Obi-Wan. Another fun idea would be a prequel to The Phantom Menace showing Darth Maul’s rise to power and his acquisition of the infamous double-edged lightsaber. He deserved more characterization in the film aside from a few lines and a bad-ass fight sequence. I think it’s time we learn more about the man behind the tattoos.