Home » Is Ultron an Unsatisfying Villain in Avengers: Age of Ultron? 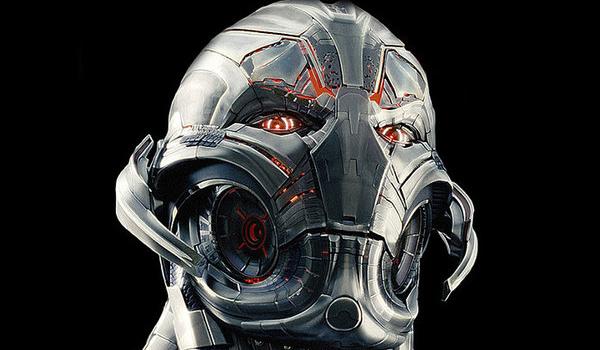 Ultron is without a doubt one of the greatest villains in comic book history. A megalomaniac robot bent on the destruction of all human and superhuman life in the world. So when Marvel announced he would be the next big villain for the Avengers, I was extraordinarily excited. To make matters even better they cast actor James Spader to play him. The trailer was released and he looked and sounded great. The cards were all in place and Ultron appeared to be the next great comic book movie villain to join the ranks of villains like Loki and the Joker. Sadly, this wasn’t the case, in my opinion Ultron instead joined the ranks of lackluster villains with very little motivation. Why do I think this? I’m glad you asked that, so I’ll just take this time to explain my evil thoughts.

He was never given time to develop as a villain, they just kind of throw him into the movie like, “Hey you’re the villain, start killing the Avengers!” and as a fan of Ultron that’s not what I wanted to see. I was really hoping to get scenes of Tony Stark conversing with Ultron about humanity after his creation, then slowly over time Ultron turns against his creator. In the movie Ultron didn’t even meet Tony, he was born and just jumps to conclusions about humanity and decides by himself that he’s going to kill everyone, and then meets his creator, who he just decides he hates. I know that he was on the net and he looked at Stark’s history of creating weapons, but it was a whole two seconds of development, which is sadly, kind of boring and one dimensional, especially for Whedon.

One of the things I’ve always loved about Ultron is his look, they changed the look a bit but I thought it worked overall. But one thing I really wanted to see was Ultron creating his body, which sadly we don’t. One minute he’s the Iron Legion drone, which is immediately after he’s created, the next he just has his body, no build up, he just goes from one to the other in the span of a couple minutes. With that we don’t see Ultron grow as a character, we don’t see what drove him to create that specific body and I’m interested as to why he did.

James Spader himself is great, he does what he can with what he was given and turned in a fun villain performance, he’s witty, creepy and even tragic in some moments. He brings a lot of humanity to the character’s mannerisms and speech, which is actually very refreshing for an artificially intelligent villain.

So with all that said, Ultron ultimately feels rushed, which leads to him having very little motivation to be the big bad he was built up to be. I don’t blame Spader or Whedon, Whedon actually stated in interviews that there were many scenes cut out of the movie that he wanted to keep in, sadly it seems Ultron was the one who got the short end of the stick. Hopefully if that extended cut rumor is true we’ll see a much more fleshed out Ultron, but with the version we have now he’s just a boring villain.

Did you feel that Ultron was a tad lacklustre? Let us know in the comments section below or send us a tweet!