Home » REVIEW: Behind the Curtain 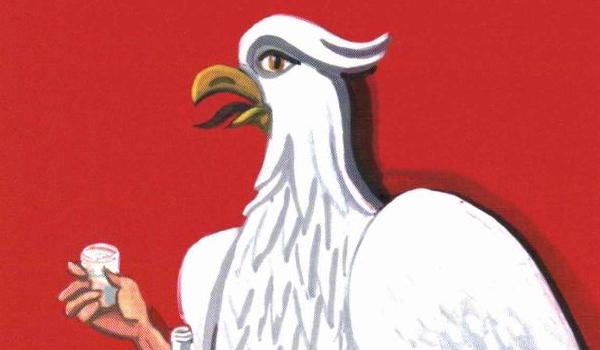 The inside back cover of Andrzej Klimowski and Danusia Schejbal‘s autobiographical graphic novel Behind the Curtain shows a family snapshot of Andrezj, Danusia, their young son, and a cardboard cut-out of Batman, with Andrezj striking a pose that mimics the caped crusader. Strangely, this snapshot encapsulates the feeling of the novel rather well. Throughout Behind the Curtain, Andrezj and Danusia are determined to keep their creative lives not just afloat but thriving, whilst having to contend with living in an politically uneasy Eastern Europe throughout the 1970’s.

Behind the Curtain, specifically, follows husband and wife duo theatre/film poster and book cover designer Andrezj and costume designer Danusia from their early days of studying at the Warsar Academy of Fine Arts to fleeing to England just as Poland’s martial law comes into effect in the early 1980’s. You’ll forgive me if you feel like I’ve instantly spoilt the novel’s ending for you, because in all honesty, there’s no conventional plot to this novel as such. Instead, it rolls with engaging tension as a montage of a creative community living not just behind the Iron Curtain, but living with that curtain constantly breathing down their necks.

The smoky, minimalist, chalk-like artwork compliments the novel’s montage-esque manner, but in doing so there’s a feeling of the story becoming condensed and not expressing itself as fully as the story wants it to. However, that minimalist style gives the novel an approachable appearance – characters are sometimes drawn in an endearingly cartoon-ish style, lending the novel some sweetness.

At 250 pages, the novel’s brief and light take on plot can wear thin on the reader, and coupled with the bare artwork, the end result is a feeling of slowness that makes the novel heavy going. But repeated readings do well in livening up Behind the Curtain‘s tense charm, and the small splashes of colour inserted at seemingly random points in the book highlight both artwork and specific moments from the story in an engaging way. As a portrait of artists at work in an uneven world, it works, but as a story in itself, the casual reader might be rewarded more if Behind the Curtain had a tighter grip on proceedings.

Behind the Curtain is an idiosyncratic capturing of a turbulent time in history, and a beguiling portrayal of how creativity must contend with the outside world.