Home » SPIDERTEMBER: Will We Ever See Miles Morales On-Screen? 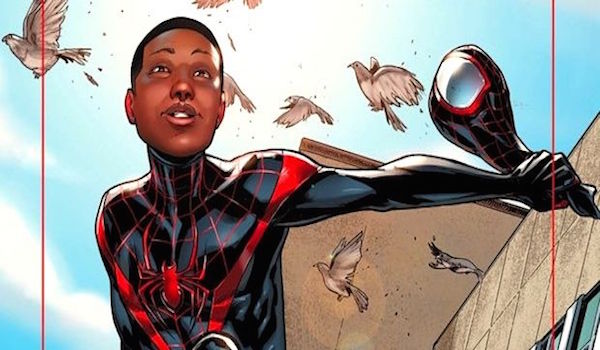 If there’s one thing Ultimate Marvel did right, it was giving us interesting new takes on superheroes and villains. I can go on and on about my favorite changes brought on by the Ultimate universe, as well as a few changes I wasn’t happy with (screw you, Doctor Doom), but I want to focus on one particular hero by the name of Spider-Man.

There was slight controversy a few years ago when Marvel announced that there would be a new Spider-Man. Thousands of people who grew up with Peter Parker were sad to see him go. But there were some fans who were even more upset at the fact that Parker was being replaced by a young half-black, half-Hispanic child named Miles Morales. To some people, this was seen as a cheap way for Marvel to “cater to the PC police” by reinventing a classic character as a POC. But others were optimistic and looking forward to a fresh new face to the classic Marvel roster. I’ll admit that even I was skeptical at first, mainly because I didn’t feel like going through YET ANOTHER Spider-Man origin. But I still gave it a chance and didn’t hesitate to go out and buy the new Ultimate Comics: Spider-Man issue that would introduce us to a brand new web-head. 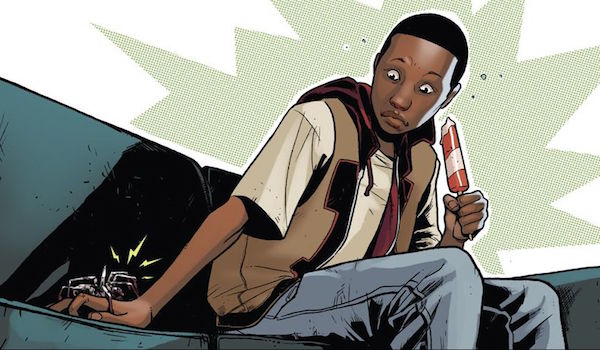 At first, I noticed that Miles Morales shared many similarities with Peter Parker. They’re both young, likable, clever men who are often unsure of themselves at time, but ultimately have a good head on their shoulders. The one difference that ever stood out to me is the fact that Peter is much more light-hearted and jovial in his ventures whereas Miles is more down-to-earth and straightforward. Since Spider-Man’s core characteristic is his sense of humor, I can understand people being upset with Miles’ more serious attitude. But as the series goes on, and Miles becomes more comfortable with what he does, you see his humor start to show. He may not be as funny as Peter Parker, but it’s something!

People who liked Peter Parker should really have no issue with Miles unless they’re incredibly bitter about someone else taking the title. I found it funny how, in the first few issues of Miles’ run, there were numerous instances of characters poking jabs at him for wearing the Spider-Man costume. Every couple of pages, you’d see someone saying how it was “bad taste” of him to wear a fallen hero’s uniform. It seems that people cared more about this aspect rather than the fact that a young man is fighting crime and trying to protect the city. I’m assuming writer Brian Michael Bendis did this on purpose as a way to mock the whiners.

By now, I think comic fans have gotten use to Miles. The question is: will they be happy with a live-action version? We’ve seen Miles Morales appear in cartoons already, but he has yet to debut on the big screen. With Spider-Man recently joining the Marvel Cinematic Universe, there were early talks of how the rebooted character would be Miles Morales instead of Peter Parker. Did everyone agree with this? No. Would it have been interesting to see? Yes. Would I personally have wanted it? Only if it was done right. Eventually, we learned that it was indeed going to be Peter Parker and that Marvel had cast young Tom Holland for the role. So you purists need not worry.

I’m happy with Spider-Man being back where he belongs, in an actual Marvel movie, and I preferred seeing Peter Parker in the MCU because the thought of seeing him and Tony Stark bickering back and forth is enough to get me excited. You also have to remember that Peter Parker has been a staple of the Marvel community for decades. But does that mean we can’t change things up a bit? Absolutely not. Look at Nick Fury – they went with the Ultimates version rather than the classic and he’s probably one of the greatest non-superhero characters in the MCU so far!

I’m sure it’s safe to say that Miles Morales won’t be making an appearance in the Marvel Cinematic Universe anytime soon. But if he was, they should’ve done something similar to Ant-Man. A major theme in that film was passing the mantle. Hank Pym, who actually co-founded the Avengers in the comics, was passing on the Ant-Man title to Scott Lang, allowing someone younger and more able-bodied to take his place. If you go back further and watch Avengers: Age of Ultron, you’ll notice a similar theme with the Avengers passing their titles to the new team. It seems to be a recurring concept in the MCU, which allows us to cycle out old faces and bring in new ones. So why can’t they do the same for Spider-Man?

For a moment, I’m going to pretend that I was in charge of all decisions by Marvel Studios. Here is how I would’ve handled the Spider-Man situation:

First, I would’ve cast someone much older to play Spider-Man. Marvel Studios decided to go back to high school with Peter Parker, but still have him as a veteran in the vigilante game. I would’ve chosen someone in their late 20s as Spidey to demonstrate how he’s been doing it for a LONG TIME. That way, we could avoid an origin story AND have a seasoned superhero ready to fight with the rest of the Avengers.

Next, during the events of Captain America: Civil War, Peter Parker would reveal himself as Spider-Man to the world. With his identity now known, he would retire and go into hiding. Enter Miles Morales, a young man who gets bit by a radioactive spider and develops arachnid-like abilities. At first, he uses his powers to take down low-level criminals and hoodlums around his neighborhood. Then, Peter Parker discovers him and turns him into his protege, passing on his costume and teaching him the true meaning of responsibility.

I realize my theory sounds very, very similar to the concept behind Ant-Man, but what’s the problem with re-working a successful concept? We’ve seen countless origin stories, especially with Peter Parker. Let’s go with a new route. Let’s take risks and try something new. Marvel Studios isn’t afraid to make big leaps, as we’ve seen with Guardians of the Galaxy and Ant-Man. Change the game by giving us Miles Morales.

How do you feel about Miles Morales and his claiming of the Spider-Man title? Tell us what you think in the comments or on Twitter!