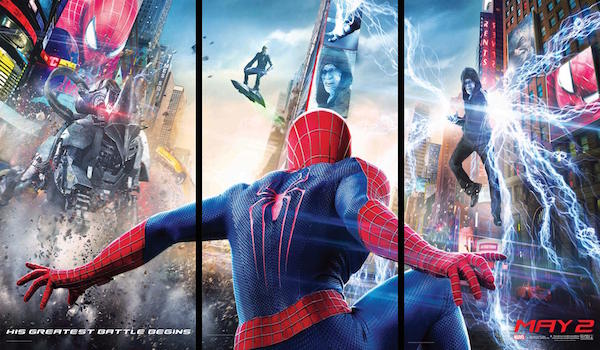 When it comes to Spider-Man movies, you either hate them or you love them. It’s very difficult to find a middle ground. Personally, I love Sam Raimi‘s first two Spider-Man films. Everything else after that was a mistake, especially the Marc Webb reboot. I know why they decided to reboot the franchise, but that doesn’t mean I have to approve of it. Even with the travesty of Spider-Man 3, I think there was still a chance to revive the Raimi series with a well-written, carefully planned, non-Sony-influenced sequel. Unfortunately, Sony had to pull the plug and restart from scratch. Why, oh why did they have to do that?

I remember seeing the first trailer for The Amazing Spider-Man. I can still recall being flat-out unimpressed with what I saw. It just didn’t look appealing to me at all. The only thing I really enjoyed was the introduction of the mechanical web-shooters, which were absent in Raimi’s trilogy. As much as I love Spider-Man, I decided to hold off on watching the movie until it came to Redbox (something I rarely do with superhero movies). I’m so glad I saved my money.

Let’s start with the fact that Andrew Garfield is not Peter Parker or Spider-Man. Many people praise Garfield, saying that he “perfectly captured the wit and humor” of the wall-crawler. Before I go further, I want to state that Webb was clearly trying to go for the “cooler” Peter Parker from the Ultimate Comics rather than the bumbling geek from the original run. That’s fine, but you gotta pick one or the other. You can’t have a Peter Parker who’s a social outcast but also happens to be a good-looking, smart-ass skater with a 200+ IQ. It doesn’t work like that. Garfield’s Peter Parker in this film is not a believable loner. He’s the kind of kid who becomes class president and befriends every single person in the school. Tobey Maguire‘s Peter Parker was the every-man that audiences could sympathize with and relate to. Maguire had the combover, the thick glasses, the hunch; I could actually believe that he was the bottom of the high school totem pole.

As for Spider-Man, I STILL liked Maguire’s rendition more. The reason so many people loved Garfield’s Spider-Man is because he made a lot of jokes. Well, Maguire made jokes too, and his were funnier. Garfield’s jokes made him just sound like a cocky douche instead of a likable hero. They also made roughly the same amount of jokes in their films, yet people like to gloss over Maguire for some reason. I still laugh during his fight in the first Spider-Man when he’s taunting Bone Saw in the Cage Match. But I’ll at least give The Amazing Spider-Man credit for making me chuckle in the one scene where Spidey shoots a web at Lizard’s mouth to shut him up.

People who hated Spider-Man 3 for having too many villains, but enjoyed The Amazing Spider-Man 2 are hypocrites. Spider-Man 3 had Venom, Sandman, and the new Green Goblin (and the last one wasn’t even a villain the entire time). We also had hints at the Lizard throughout the entire trilogy, but he never came to be. In The Amazing Spider-Man 2, we had the Rhino, Green Goblin, and Electro AND we caught a glimpse of Black Cat, Alistair Smythe, and the equipment for Vulture and Doc Ock. So don’t go and say you love one but not the other because of the villain count. At least Spider-Man 3 didn’t tease the hell out of a villain in its previews and then almost completely cut him out of the final product. Looking at you, Rhino. 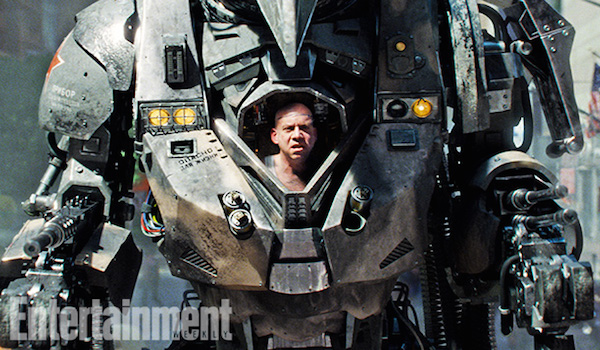 Another detail that drives me crazy, no matter how tiny it is, involves one small shot in The Amazing Spider-Man. Peter and Gwen are talking on the bleachers during football practice when a ball comes spiraling right at them. Peter catches it, then casually throws it aside, sending it straight into the goal post AND BENDING IT. Nobody thought this was weird? An 18-year-old kid just threw a football and dented a metal goalpost. How the hell did this get brushed off by the students and teachers?

But you know the thing that I hate the most about Marc Webb‘s films? It’s the fact that they aren’t really movies about the hero. They’re more about the world around Peter Parker. In the films, we’re too busy learning about Peter’s relationship with Gwen, or what happened to his parents, or what Aunt May is up to, or some other nonsense that doesn’t deserve to be 90% of a superhero movie. Raimi’s Spider-Man cut all that crap out. We dive right into the picture. The third film, however, is when things went downhill, and you know why? Because of the focus on Mary Jane not loving Peter anymore and Harry trying to regain his memory. See what happens when they take the focus off the hero? If you want another example, go take a look at both of the Hulk movies. Both were poorly received mainly because only five percent of the movie contained the actual Hulk while the rest was dedicated to Bruce Banner.

There is so much more I can say about The Amazing Spider-Man, but I think I’ve made my point pretty clear by now. If you’re still willing to defend the films, then more power to you. I’m just thankful that Sony and Marvel Studios decided to reboot the franchise. Sorry, Uncle Ben, but I’d rather watch you die 100 times than have to suffer through a third installment of Webb’s series.

Did you think The Amazing Spider-Man films were this bad, or did you actually enjoy them? Tell us what you think in the comments or on Twitter!