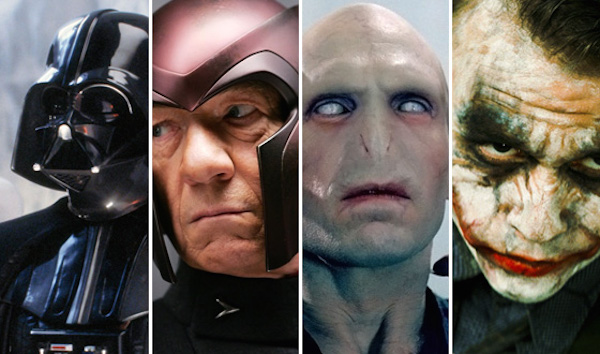 Supervillains are an imperative ingredient to every superhero’s life. Without a villain, how can any superhero really prove that they are a hero at all? If the world was a perfect place and there was no crime or evil to fight, we would have no need for our heroes to save the day.

Some believe that the earliest supervillain ever portrayed was Professor Moriarty from Arthur Conan Doyle‘s Sherlock Holmes. Professor Moriarty was introduced in 1891 as a criminal mastermind who Holmes describes as the “Napoleon of Crime”. Although technically Moriarty wasn’t “super”, he had a super mind so I guess that counts…

The first super villain to repeatedly combat a superhero was Ultra-Humanite. Ultra-Humanite originated from Action Comics #13 in 1939, as the archenemy of Superman. He was, in essence, the true original supervillain. 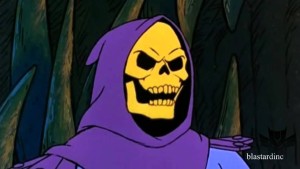 His face is a skull and he has black holes where his eyes should be – scary AF! Is it just me or does wearing a hood add to the terror that a character conveys? Dark hooded figures are always creepy (sorry, Red Riding Hood).

Skeletor is the main antagonist from the 80’s classic cartoon Masters of the Universe. He is the archenemy of one of my childhood heroes, He-Man. For those of you who don’t know who He-Man is, imagine a half naked, sword-wielding bodybuilder with a blond bob; that’s him.

If you too were shit scared of Skeletor as a child, please check out this Twitter account I stumbled across, @GrumpySkeletor, #henolongerscaresme. 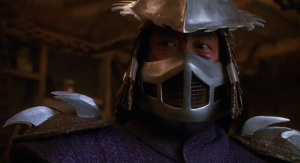 Shredder was the leader of the Foot in Teenage Mutant Ninja Turtles. He was a true bad-ass. He wasn’t so scary in the cartoon, but when he was brought to life in the movies, he made children everywhere shiver with fear. I remember him how he is pictured above – a cross between Raiden and Sub-Zero. He always hung out in dark lairs and had sharp spikes on his costume, and even his name “Shredder” was terrifying. I recently saw the new version of Teenage Mutant Ninja Turtles, and the new Shredder is horrific; he’s like a samurai Freddy Kruger on steroids. I dread to think what the next depiction of him will look like! 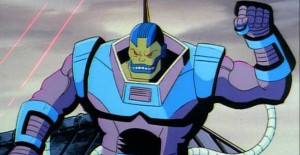 Apocolypse is the master of the Alliance of Evil. Not only is he invincible, but he is possibly the first human being on earth to possess the mutant X-gene. Apocalypse or En Sabah Nur (The First One) is one crazy, effed-up mutant. In the X-Men 90s cartoon, he bands together a bunch of villains to kidnap the world’s psychics, including Jean Grey and Professor Xavier. Apocalypse plans to kill them all simultaneously in order to release enough energy to create a new universe in his own image. Nothing screams supervillain like an egomaniacal evil being!

His plans to destroy the universe make him extremely scary, but when I used to watch the cartoon, it was more his green face and blue lips that really freaked me out. He looked like a lizard-fish-robot-man! Despite this, the future release X-Men Apocalypse features a massive letdown with its portrayal of the character. Thanks for ruining Apocalypse, 20th Century Fox. Thanks a lot! 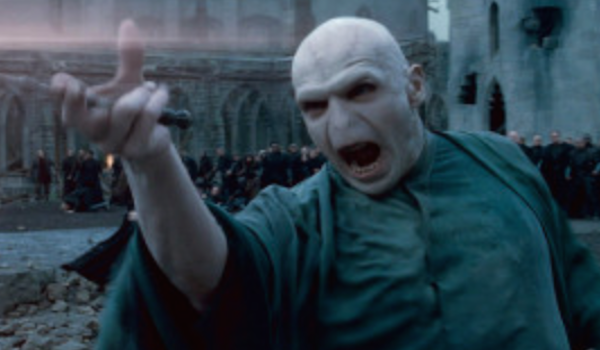 Voldemort is the brain child of everyone’s favourite female fantasy writer, J.K. Rowling, who created him to be the main antagonist in the famous Harry Potter books and movies.

This guy is so scary that witches and wizards won’t even say his name, they refer to him as, “He-Who-Must-Not-Be-Named”. Voldemort is also referred to as “The Dark Lord”, and is the leader of the Death Eaters, a wizarding hate-group whose main purpose is to rid the world of muggles and non pure-bloods. Sound familiar? Can anyone else think of an evil leader that wanted to rid the world of anyone who didn’t fit into his perfect ideals? Yes, I am comparing Voldemort to Hitler.

It’s not only his evil ways that make him frightening, but look at his face. He has the whole pasty-evil-demon thing going on, and he wears a black cloak… With a hood. Case closed. 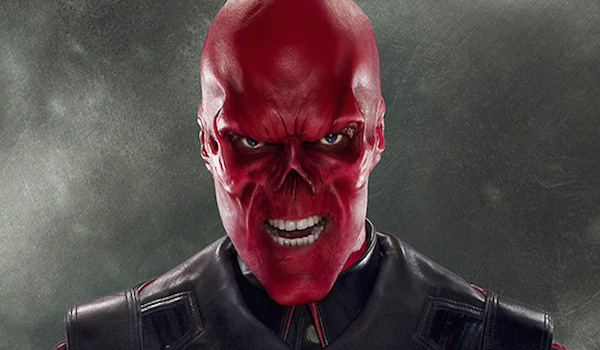 Believe it or not, the inspiration for this character came from a hot fudge sundae, more specifically from the cherry on top. Red Skull is the arch-nemisis of Captain America and was first featured in Captain America Comics back in 1941.

Trained by Hitler to be his right-hand-man, Red Skull became the head of Nazi terrorist activities.  The most recent depiction of Red Skull was in the movie Captain America: The First Avenger, and although he has no super powers, his super intelligence and martial arts skills make him a force to be reckoned with.

The main reason he is on the list is because of his skull head – making any character have a skull head (especially a red one) gives them top creeper points. Well done, Marvel, well done.