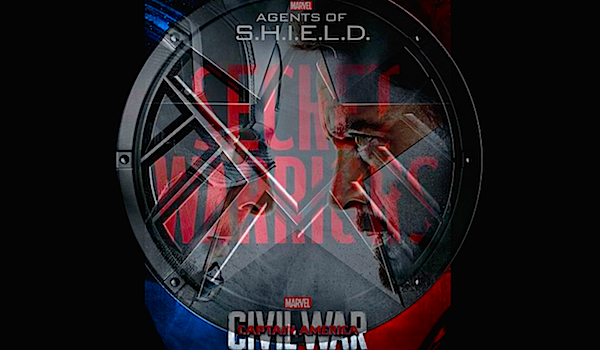 Captain America: The Winter Soldier provided one of the most jaw-dropping reveals in the MCU with the whispering of two S.H.I.E.L.D.-shattering words, “Hail Hydra.”

We watched the villainous organization, initially introduced with Red Skull in the first Captain America film, rise from the dormant state they’d been hiding in and emerge as a new, modern threat against S.H.I.E.L.D. and the first Avenger. Despite the fact that the organization he was working for literally crumbled to the ground, the biggest blow for poor Steve Rogers naturally came with the reveal that good ol’ Bucky Barnes is still alive, and is a Hydra assassin. Unsurprising considering Captain America has served as the moral and emotional backbone of the Avengers, and the MCU, since we first watched that skinny kid get pummeled in an alleyway while standing up for what he believed in.

Meaning it’s not all that strange that the Bucky reveal seemed to take precedence for Steve Rogers. What is slightly more surprising is how much said reveal seemed to overshadow the largest plot of The Winter Soldier: the fall of S.H.I.E.L.D.

In fact, in the grand scheme of things, The Winter Soldier didn’t have much of a visible impact for the Marvel films at all. Following the second Cap film was Guardians of the Galaxy, perhaps the most obvious black sheep of the MCU despite the company’s “It’s all connected motto,” and Avengers: Age of Ultron. Neither film really delved into the events and reveals of The Winter Soldier save for a few vague references to S.H.I.E.L.D. and the slight inconvenience that was the organization’s demise.

If anything, it seems as though The Winter Soldier really only served as a game-changer for the third installment of the Captain America films.

Because while many people love to analyze the various ways in which one film impacts another, just as many seem to forget that Marvel is more than just blockbusters these days. And while we’ve seen the second Cap film have a few minor influences on the Marvel films that followed, no part of the MCU was more impacted by the events in The Winter Soldier than Marvel’s Agents of S.H.I.E.L.D. 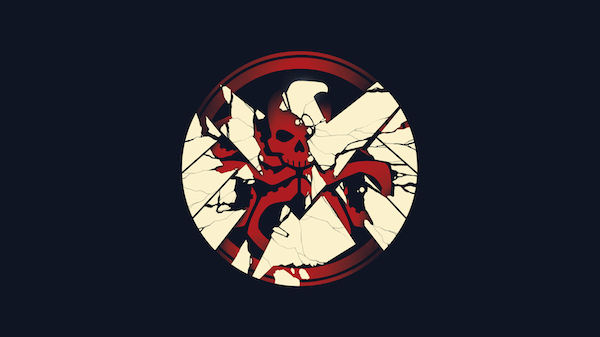 We watched as Nick Fury stepped down as Director, passing the reins on to Phil Coulson… who was forced to move underground with his team, away from the eyes of the government and public who now find S.H.I.E.L.D. to be synonymous with Hydra. The term “complete and total upheaval” doesn’t seem to do the situation justice.

And the Hydra reveal did more than just destroy the organization that Agents of S.H.I.E.L.D. revolve(s)d around; it packed an emotional punch as well when Grant Ward revealed himself as a double-agent and promptly betrayed every member of his team. Coulson and his crew are still recovering from the fallout of The Winter Soldier, using what little resources they have to rebuild S.H.I.E.L.D. and the team, from the ground up.

It’s important to point out the fact that, with months between them, Marvel films have ample amount of time to adjust and react to whatever events may have occurred in those preceding them. S.H.I.E.L.D. doesn’t have the same luxury. As a television show that airs weekly episodes, both before and after Marvel’s standard May film releases, S.H.I.E.L.D. is perhaps the only Marvel property that is forced to immediately react to whatever bombshell is dropped on the big screen.

This year will be no different.

The back half of S.H.I.E.L.D’s third season resumes on March 8th, after a brief Agent Carter interlude, meaning we’ll have twelve episodes left to watch before Season 3 comes to a close. With Captain America: Civil War scheduled to premiere stateside on May 6th, the impact of the Cap/Stark showdown will most definitely be felt in Marvel’s TV universe. Assuming that S.H.I.E.L.D. won’t have any additional breaks during the airing of 3B, there will be three episodes scheduled to air post-CA:CW. And at this point, it seems safe to say that said episodes will likely deal with the ramifications of the events in Civil War.

“But the last Avengers film barely impacted S.H.I.E.L.D. at all. The biggest tie-in was just that helicarrier Coulson loaned for the Battle of Sokovia. Why should we assume Civil War will have any real influence over S.H.I.E.L.D?”

Solid question, nameless Devil’s advocate in my head. I hope that my answer will A. Be read in your best sarcastic voice, and B. Help you understand just how significant Civil War could be to Agents of S.H.I.E.L.D.

Helloooooo, a movie focused on the conflict regarding how to best deal with powered people?

I can’t imagine how that might impact a show that introduced Inhumans to the MCU, is currently in the midst of highlighting a conflict between two organizations with different methods of dealing with said Inhumans, and has made very public plans to establish the Secret Warriors in the very near (as in, most likely 3B) future.

C’mon people. If anything, Civil War will be following in S.H.I.E.L.D’s footsteps.

I realize that’s almost blasphemous to say, but the fact of the matter is that much of the themes and conflicts we’ve been led to believe will serve as the main focus of Civil War are already being addressed in the world of Marvel television.

We’re already seeing some Civil War themes on S.H.I.E.L.D. with the presence of the ATCU and their drastically different approach to the Inhuman “problem” that the world is facing. While Coulson and his protégé Daisy Johnson (AKA well-known Inhuman Quake) are trying to help this new wave of Inhumans control their powers and accept the changes that are happening to them, the ATCU is taking a different approach: collecting powered people, knocking them out, and keeping them in gelled boxes where they essentially hibernate until the ATCU can find a cure for their “illness.”

Hmm… a plotline that revolves entirely on the differing approaches to powered individuals? I wonder what else might be exploring that conflict… does the Superhero Registration Act seem like a rather large clue? How about the IMDb description of Captain America: Civil War? 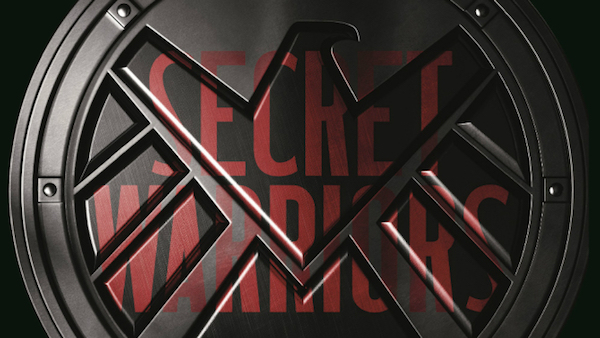 Considering how heavily the Secret Warriors plotline was promoted at this year’s San Diego Comic Con, it can be assumed that a large part of S.H.I.E.L.D.’s 3B story arc will focus on the introduction of new powered Inhumans. We’ve already been introduced to both Lash and Joey Gutierrez, and Natalia Cordova was recently cast as Yo Yo Rodriguez… also known as Slingshot. S.H.I.E.L.D. seems to be gearing up to bring all of these Inhumans together, which could be a bit difficult depending on what new consequences Civil War will bring.

Considering S.H.I.E.L.D. is often left to deal with the general ramifications that the MCU films tend to gloss over, the similarities between Season 3 and Captain America: Civil War are pretty indicative of the fact that Coulson and his team might be facing another game-changing aftermath of whatever shenanigans the divided Avengers may cause.

On the other hand, how much of an impact will whatever superhero regulations are established in Civil War really have on an organization that, in the eyes of the world, no longer exists?

A rather large one if you focus on the fact that a civil war is all about internal conflict… of which there is often an abundance in S.H.I.E.L.D.

Because it’s not just the ATCU and general public that has expressed concerns over the growing number of powered people on the planet. Various members of the team have had their own issues with Inhumans (most notably Jemma Simmons in the back-half of Season 2), ratcheting up the likelihood that Civil War could cause a different civil war within S.H.I.E.L.D. In fact, it seems that, even underground, there’s an increasing wariness towards those who are slowly revealing themselves as individuals with powers. 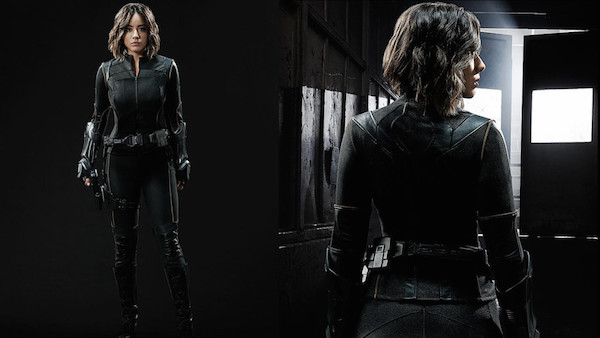 What Daisy and Lincoln (both Inhumans) perceive as barbaric treatment of powered people, others view as a necessary precaution to protect humans. It’s a massive take on the “he said, she said” notion, with both sides thinking that they are in the right and the other is in the wrong. The tension is already brewing on S.H.I.E.L.D., currently finding release in the form of sarcastic comments and a helluva lot of eye rolling.

Unfortunately, it’s only a matter of time before the murmured barbs and vocal complaints shift into something that will have larger repercussions: a divided team and internal betrayal. At some point, the conflict revolving around the topic of the Inhumans will come to a head, and it’s a definite possibility that Civil War will be the catalyst. The consequences of the debate concerning powered individuals will do more than just provide angst for the Tony Stark/Steve Rogers friendship. 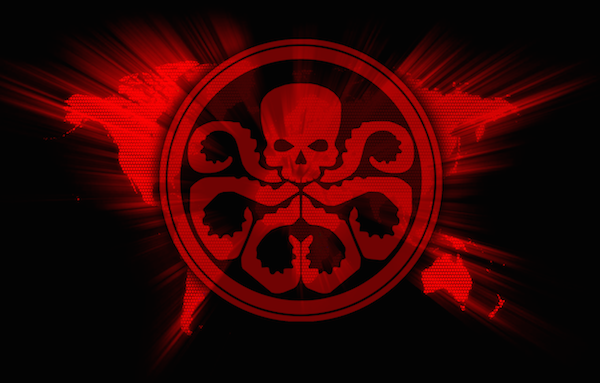 Speaking of consequences, let’s not forget about the giant red octopus in the room. Hydra is just as gung-ho to collect Inhumans for their latest plan of world-domination, which could very possibly be impacted by the chaos that Civil War will undoubtedly reign down on the world. Hydra thrives during times of panic, and more often than not comes out the victor in certain situations. While, yes, the heroes generally prevail onscreen, Hydra tends to simply retreat back into the shadows and wait for the optimal time to strike as their heads grow back.

There is every possibility that Hydra might have a presence in Civil War and, even if it isn’t necessarily shown onscreen, many an allusion will likely be made by the villains of S.H.I.E.L.D. in the episodes following the film’s release.

With a full half-season of Agents of S.H.I.E.L.D. to go, and only a single trailer for Captain America: Civil War to speculate about, it’s hard to say just what impact the film will have on the show.

What isn’t hard to say is the fact that, whatever the consequences may be… they’re going to be huge.

What kind of domino effect do you think Captain America: Civil War will have on the other Marvel properties? And if a civil war is brought to S.H.I.E.L.D., which sides do you think your favorite agents will fall on? Sound off with your thoughts on Twitter or in the comments below!