AP2HYC: I think I’ve been almost overly eager with my vocalized love for “Profits of Doom.” It’s such a favorite of mine, and I’m wondering if there’s a particular story of yours that just really made you giddy when you first saw it in it’s printed glory. Which, if any, is the one most likely to be framed and less-than-subtly hung above the mantelpiece?

MS: Thanks for the “Profits of Doom” support! God we love those idiots. In terms of a personal favourite, it would be so difficult to choose. We’ve got so much love for everything we’ve done, otherwise we wouldn’t have put it in print. Ok, forcing myself to pick I would probably say for me, selfishly, it would be “Together Forever” from Papercuts 2. Simply because that was my first true solo outing, and I think that’s a special moment for any creator. But you could ask me that question every day for a week and get a different answer every single time. I love everything we’ve done.

RJ: Just to echo Mike’s sentiment, thank you for the “Profits” love. People seem to really dig those idiots in robes, which baffles me slightly as they were written as utter idiots on purpose. I love that people seem to identify with them on some level, like there’s a little idiot in all of us, I’m just lucky as my little idiot materialised and co-wrote some awesome comics with me. Plus, we struck lucky to work with an artist like Mike Smith. Somehow, that man is able to make hooded robes so goddamn expressive, and his body language and comic positioning is impeccable. He really helps make the comic so great. I mean, Mike and I could write all the snarky, argumentative dialogue we wanted, but it would be absolutely moot without Mr. Smith’s insane visuals.

With regards to stories in print, that’s a toughie. I have equal love for all the work we’ve done together. Every script, from creation to putting that final letter on the page, is a labour of love. I think I would have to say “Vampire Wonderland” would be my choice at this moment in time. (possibly because I’ve been putting together and lettering the VW Christmas Freebie comic we are giving away on Christmas Eve!) That was a fun comic to write; it appeared from nowhere and morphed into this wonderful little chase comic, which Paul Moore beautifully crafted into a stunning story, and now we have another two parts coming to it. It’s gonna go darker, it’s gonna be more ridiculous, and Sabi is gonna crack more wise in it. Can’t wait for you to sink your teeth into “Vampire Wonderland” 2!

‘Vampire Wonderland’ Papercuts and Inkstains 3A

AP2HYC: Lastly… I’d be remiss if I didn’t ask you about any possible teases for the next issue. Is there anything in particular that you think avid readers will really enjoy in #4?

MS: Generally I’m the one who shouts when we put out previews and sneak peaks, so in keeping with that, I will let Rob tease ya, and then tell him he told you too much.

RJ: In the style of Lulu…

We’ve got more “Profits”, more “Vampire Wonderland”, more “Cast Adrift”, a new ongoing from “Together Forever” artist Jim Lavery called “Valkyrie”, which is our roadside assistance in a Mad Max style world comic, there are murder mysteries, aliens, monsters, robots in love, a prisoner of war story, 80s style action, a 70’s style punk/ska/two tone love story, a father/son relationship on the galaxies most remote petrol station, space ninjas, barbarians, and did I mention more Profits? And if that isn’t enough, we’ve got an exclusive peek at a page from “Valkyrie” just for you AP2HYC readers! How’s that, Mike?

As teased by Mr. Jones himself… 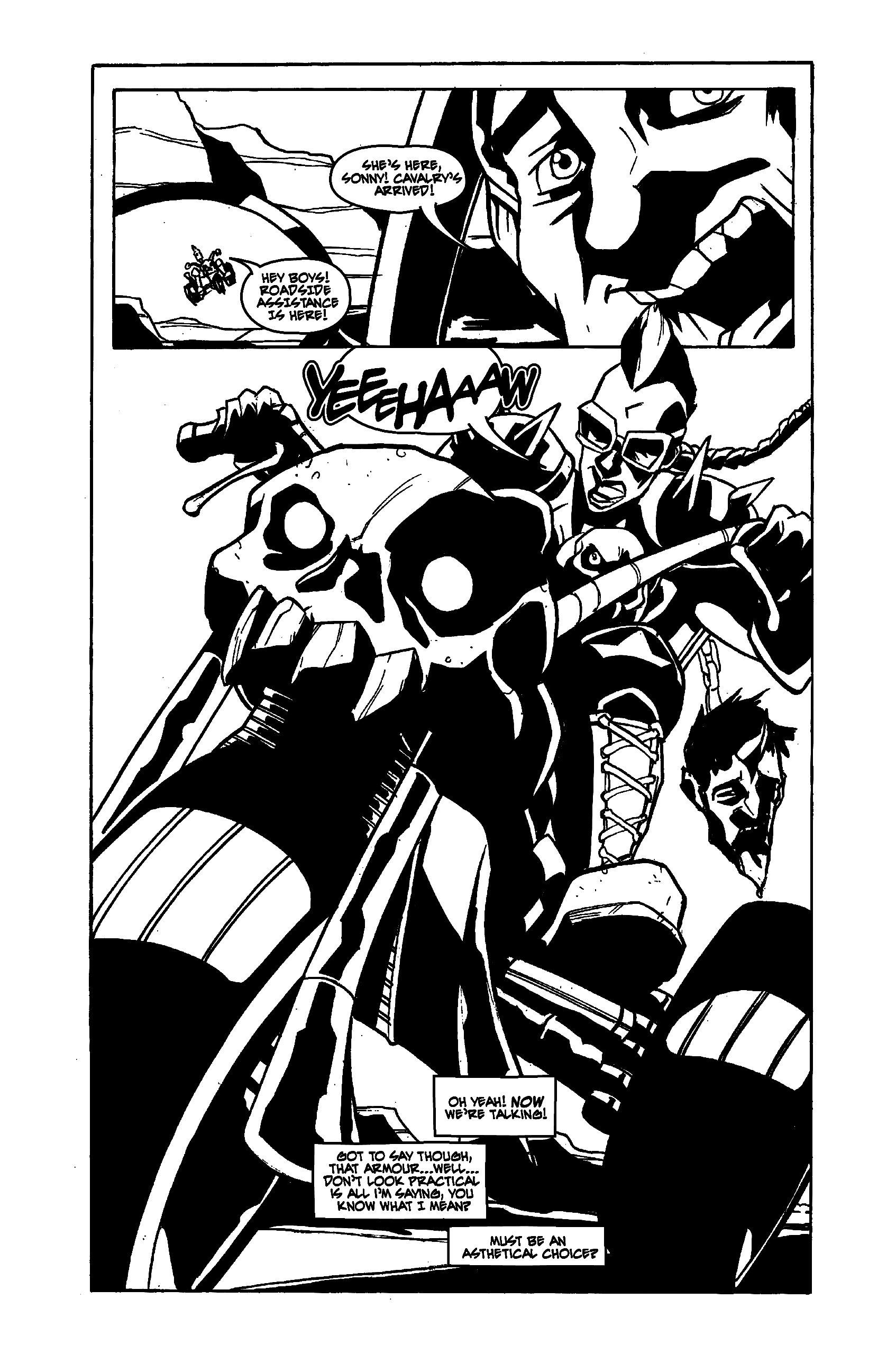 Be sure to head over to the Madius Comics online store to snag yourself some hard copies of Papercuts and Inkstains, and keep your eyes peeled for issues #4-7 that have been teased!