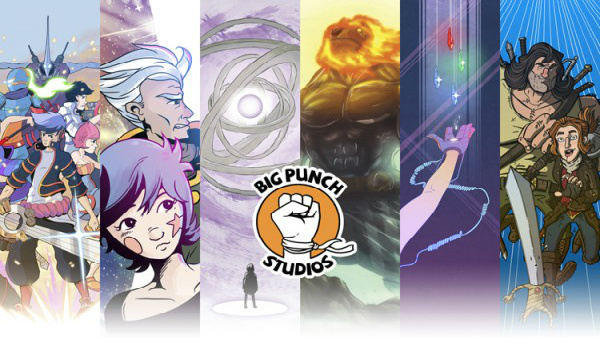 Tired of the same old characters in the same old situations every month in your comics? Are you looking for a little variety in your stories? Well look no further. The guys and gals over at Big Punch Studios have got just the prescription for that case of the “same ol’s” you’ve been trying to shake off, and it’s called Big Punch Magazine! Inside each issue of Big Punch Magazine are not two…not three…not even four, but five stories for you to get your grubby mitts on! Not only that, but there is some bonus content as well. Think of Big Punch Magazine as sort of 200AD-esque. So what are we waiting for? Let’s take a look at issues two and three of this massive comics variety extravaganza!

Jon Lock (Afterlife, Inc.) takes the reigns as the writer of most of the stories in Big Punch Magazine, and I can say without a doubt that his work is top notch. In Cuckoos we get to learn just a little bit more about the crew of the Reflektor as they prepare to rendezvous with Morzen to make an exchange for the “Pherra’tan” that The Captain obtained in issue one. Things start to go awry when a giant creature appears and a rip in time causes an alternate version of the events that are unfolding…only this version already happened, and the outcome does not look good. Lock does an exceedingly fantastic job of generating some legitimately tense moments in issues two and three, and weaves the two versions of reality together effortlessly. I felt like I was reading something written by Grant Morrison at times, honest. I think that says a lot about Lock’s ability.

In Orb we get to meet some of the “Paragons,” who have a connection to one another as well as to “The Absolute” that has brought humankind into a new golden era…for the time being. When a second Orb appears over New York City, our hero Paragon Four experiences a disconnection from The Absolute and the rest of the Paragons while a young girl named Anna falls into a coma after the Orb unleashes hell (not literal) on the city. In her comatose state Anna comes into contact with the Orb, causing her to speak in binary code upon waking up. Weird stuff, but it’s great. Again, Lock’s writing is superb.

In The Wall we are formally introduced to Cyanne’s friends Jade and Mil, and get to learn more about Prizm, its inhabitants, and the crystal rain. The crystals must be caught by “catchers” to avoid any damage to Prizm, and thus Cyanne and her friends don “catchgear.” The people of Prizm then use these crystals to maintain the city and to develop new technologies. I found it interesting that the red “power” crystals are more abundant than any of the others…that can’t be a good thing, can it? The Wall takes place in an interesting, if a little odd, world and I’m genuinely curious to see what happens when Cyanne ventures outside of Prizm’s walls in search of her missing-and-presumed-dead brother. I didn’t think this particular story was as strong as Cuckoos or Orb, but it still held my attention and left me wanting to see more. 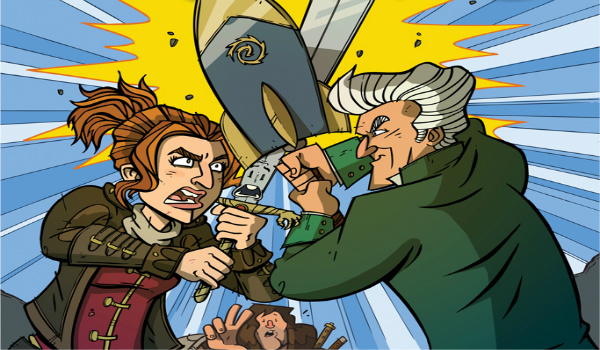 Alright, enough with the science fiction for now. Next we have 99 Swords written by Lock and Lucy Brown. This story is a nice change of pace for readers of Big Punch Magazine as it strays from the dire, somewhat dystopian nature of the previous stories and is set in a fun fantasy-type world. Issue two picks up with Tyler Goldensheath (heh) crash landing into Elsie’s house in search of more swords. He challenges Elsie to a duel (of course) but is thwarted by Manny, or “The Man Sword” if you’re not into the whole brevity thing (reference alert!). All of Tyler’s sword collecting catches up with him when August von Karva (clever) crashes the party and demands that Tyler relinquish the swords to “The Company.” Battle and hilarity ensue with a cliff hanger ending in which Elsie, brandishing Manny, challenges von Karva to a duel. A talking sword? An oafish powerhouse? A reluctant hero? Indeed, 99 Swords has all the makings of a really fun series, and if I was ranking these stories it would be high on the list.

Lastly we have Cat and Meringue. Would you look at that, another story with cats. What in the world is happening here guys? I’m always talking abut cats! Cat and Meringue is written by Alice White and features the titular characters as they encounter a “space-age-whale” from the “out-of-time” universe who has been displaced, and as a result has missed his date with “Medieval Whale” (did I seriously just write that sentence?).  It’s up to Cat and Meringue (with a little help from Cat’s pet Gary) to help the whale return to his home. This story takes the cake as the most bizarre tale in Big Punch Magazine, but I really, really enjoy it. White has quite the imagination (overactive, even) and this story is absolutely for the most wacky readers out there (I’m right there with you). 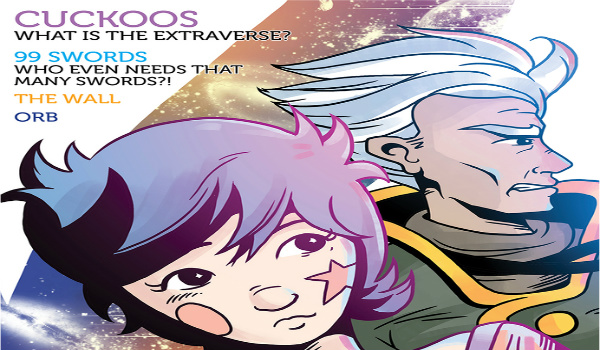 So then, let’s talk about the art in Big Punch Magazine. Nich Angell handles the art in Cuckoos, The Wall, and Cat and Meringue. Both Cuckoos and The Wall feature some nice line work and brilliant colors; everything is fluid and well put together, and Angell’s style compliments those stories very well. Cat and Meringue is as cartoony and cute as it gets, and really shows Angell’s range as an artist. At times his work reminds me of Brandon Graham‘s (King City), which I quite enjoyed. Alice White also does some additional colors in issue three of Cuckoos which is subtle but does enough that you will notice a change from issue two.

Jack Tempest handles the art in Orb, with help from his brother Will Tempest in issue two’s story. Orb stands out among the rest of the stories in Big Punch Magazine due to its more subdued presentation; a characteristic of the story that lends itself perfectly to Lock’s writing.

Lastly, we have James Stayte providing the artwork for 99 Swords. It’s got bright colors, big characters, and nice detail. For the second most humorous story in Big Punch Magazine, Stayte certainly delivers in the art department.

At the end of the day I can recommend Big Punch Magazine to mostly anyone, but be warned: stories like Orb and Cuckoos are a full on sci-fi assault, so you better have your thinking cap on. Being a fan of the genre, I mean that as a sincere compliment and I wonder if anyone will get the same “Grant Morrison” feeling I got while reading those two (especially Cuckoos). Also keep in mind that since Big Punch Magazine is roughly fifty pages an issue, each story is a tad bit shorter than your average comic book, which by the way, does not hurt them whatsoever.

For more information on Big Punch Magazine and all other titles published by Big Punch Studios visit their website, and be sure to donate to their Patreon campaign. This is one of those books that can really go places, and every little bit counts!

What do you think of Big Punch Magazine? Is it a refreshing sock to the face, or a slap on the wrist? Let us know in the comments section and on our Twitter page!