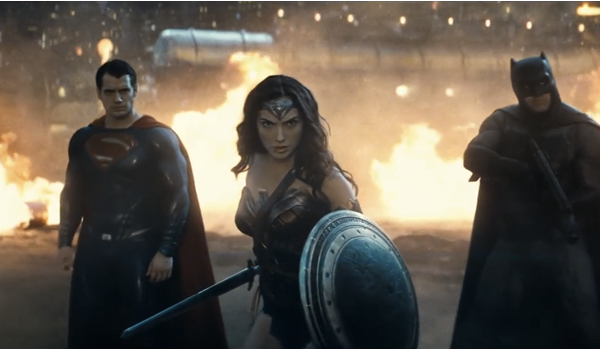 The 3-minute trailer has offered great insight into what is to be expected from the film. Whereas the first trailer had a serious tone, this second trailer highlighted the fact that DC isn’t afraid to crack a joke or two, despite what some may have you think. With the amazing sounding score playing throughout, the trailer has got us even more excited to see the film, if that was even possible.

Here we look at the top six moments from the new trailer. 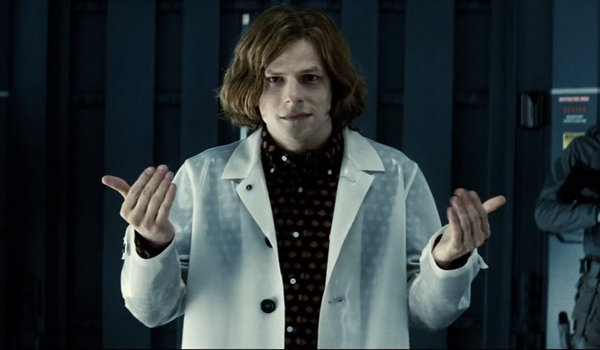 The new trailer was very much Lex-orientated as we get a glimpse into what to expect from Jesse Eisenberg’s Lex. Many people on the Internet were left scratching their heads when The Social Network actor was cast as Superman’s greatest enemy, with some suggesting the actor didn’t have the presence to play a menacing Luthor. Judging by the trailer though, the young shaggy haired Lex is in fine form, as he makes his presence known between Bruce and Clark and utters “Bruce Wayne meets Clark Kent… I love bringing people together” before later adding “You should not pick a fight with this person” after Clark shakes his hand.

This doesn’t mean Lex doesn’t have a menacing side. We see it in full force as he first confronts Lois and then Superman before it looks like he unleashes something on the world… but we’ll get into that further down the page. 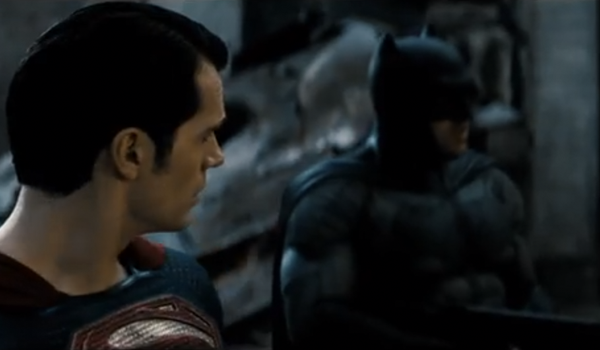 Another great part to the trailer is the humor. According to a few on the internet, this has been a problem, with some stating that DC films are too dark and humorless compared to Marvel. We got a glimpse at Lex’s wise cracks as he tries to impose himself on the two powerhouses, Batman and Superman.

There’s also the great line near the end between Batman and Superman, where they encounter Wonder Woman for the first time before Superman exclaims “Is she with you?” and Batman replies, “I thought she was with you.” Apparently humour is important, so it’s good to see they’ve added some to the film.

We are also given the chance to hear the dialogue written by Argo script writer Chris Terrio, which is sharp and witty. The dialogue was a problem the majority of people had with Man of Steel, and it looks like DC has learnt its lesson, by hiring the Oscar-winning writer. 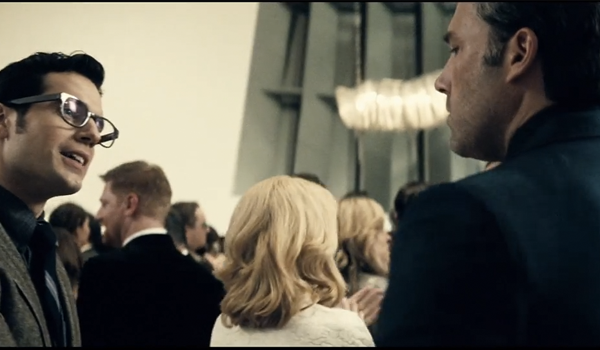 Not only do we get to see the two iconic characters come together and share their first dialogue, we also get a glimpse of Clark in his role of reporter for the Daily Planet.

This is also where Bruce says the line “I have a bad history with freaks dressed like clowns”, which is of course referring to the Joker.

Right from the get go, the two seem to have a dislike for each other’s beliefs, Clark obviously in favour of Superman, whereas Bruce is more skeptical about “an alien that can burn the place to the ground”.

Bruce also seems to have a dislike for the Daily Planet and their favourable stories regarding the Man of Steel. We can feel the tension between the two characters from the offset.