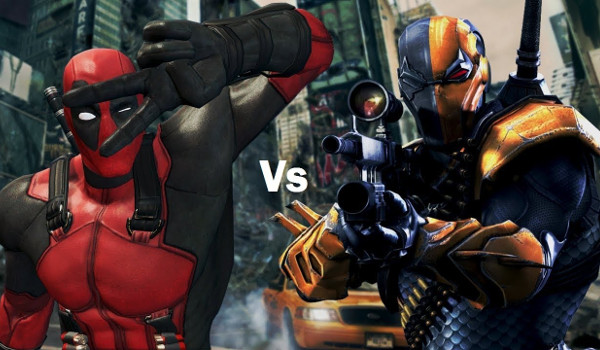 The Marvel vs. DC competition has become one of the most compelling aspects of modern entertainment. The battle still rages on in comics, has become very active in gaming, and is defining a whole new era of superhero action films. But like many other pairs of companies engaged in competition for consumer attention, these two aren’t so different.

That is to say Marvel and DC aren’t like Roger Federer and Rafael Nadal competing for 21st century tennis supremacy with wildly different styles and personalities. They’re more like Coke and Pepsi, Nike and Adidas, etc.—fierce rivals that are more or less putting out the same products. Because where foundation material and characters are concerned, Marvel and DC may be more similar than you ever realized. And these 10 pairs of characters prove it. 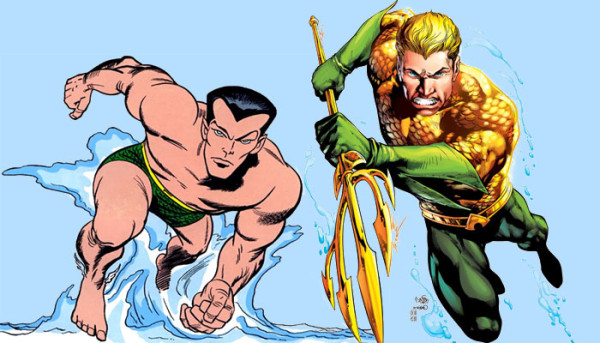 This is one of the most fascinating pairings because of the two, DC’s ocean-bound hero has become far more famous. But according to an article at The Fanboy Perspective that looked into which characters came first in some prominent Marvel/DC pairs, Namor actually debuted two years before Aquaman. Both characters are basically human/Atlantean descendant princes of Atlantis, making Aquaman pretty much a carbon copy. However, Aquaman will win the race to modern cinema, as we’ll soon be seeing him portrayed by Jason Momoa in Batman v. Superman: Dawn Of Justice.

This one feels particularly relevant too given that Deadpool finally got a proper portray on the big screen this month in Deadpool (in the form of Ryan Reynolds). In this case, however, it’s Marvel that copied DC and not the other way around. If anything, Deadpool is even a more blatant ripoff of Deathstroke than Aquaman is of Namor (for instance, Deadpool’s secret identity, Wade Wilson, is a deliberate spoof of Deathstrokes’s, which is Slade Wilson), though over time Deadpool has become more of a comic anti-hero, whereas Deathstroke has become more of a villain. 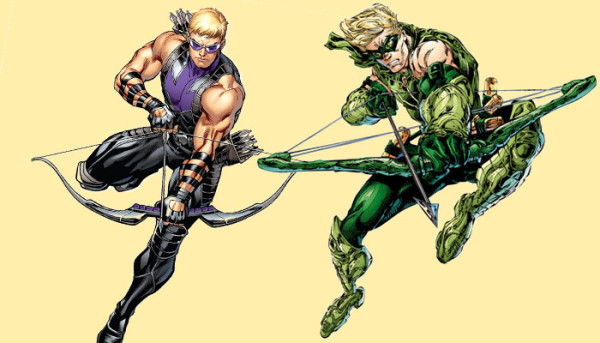 DC’s archery specialist predates Hawkeye by about 20 years originally, but these two are still remarkably similar. Interestingly enough, they’re also two of the most prominent superheroes (members of the Avengers and Justice League, respectively) who don’t necessarily have superpowers. They’re pretty much just loners who have gotten really good at fighting and shooting arrows. 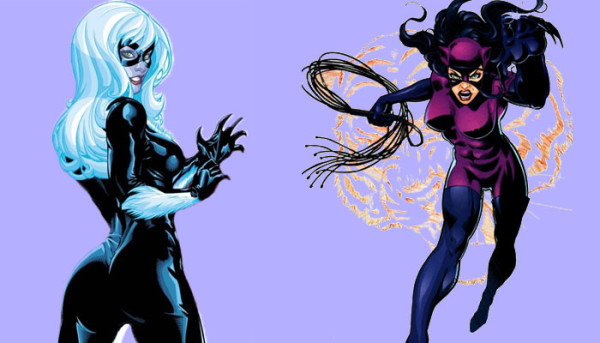 DC was first out of the gate here as well, with Catwoman having been around since the early days of Batman. The interesting thing between these two, however, isn’t their own similarities (which are obvious), but rather their associations. Catwoman’s frequent appearance alongside Batman and Black Cat’s with Spider-Man, not to mention the romances between the pairs, almost implies that the respective comic companies see similarities between those two prominent heroes that aren’t as obvious on the surface. 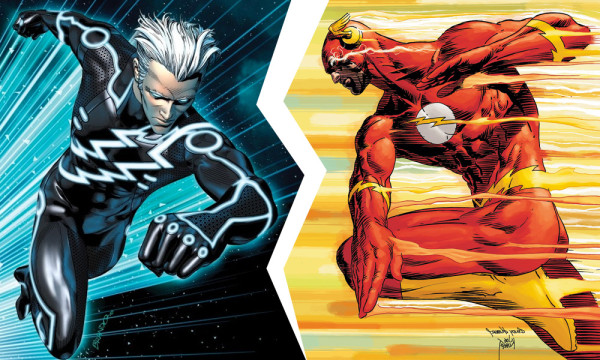 This one’s a little bit dull. Basically, both Quicksilver and The Flash are extremely fast. The curious thing here is that it kind of took Marvel two tries to successfully imitate one of the most straightforward of all DC heroes. The little-known “Whizzer” debuted in Marvel almost immediately after The Flash, to be followed by Quicksilver some two decades later. 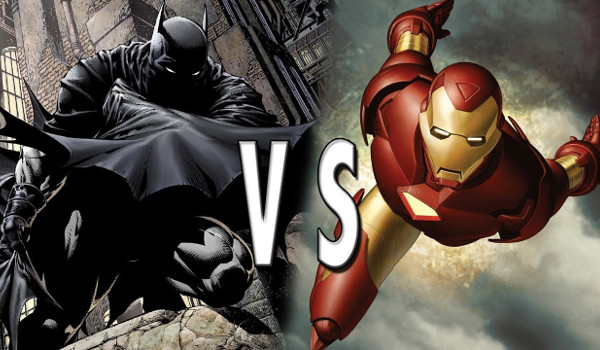 Other comparisons often come up for these two. For Iron Man, Steel and even Lex Luthor (who builds a very Iron Man-ish suit at one point) are sometimes discussed. For Batman, Wolverine and the Moon Knight are logical pairings. But when you look beneath the costumes, Tony Stark and Bruce Wayne are pretty clear counterparts, even if the former is more eccentric and the latter more reserved. Lottoland shared a fun article in their magazine about the richest characters in fiction, and the piece placed Stark and Wayne within two positions of one another (with estimated values of £8.5 billion and £6.3 billion, respectively). Indeed, both men lead high-powered mega companies that they essentially use to further their superhero pursuits when needed. Also, neither has a “superpower.” 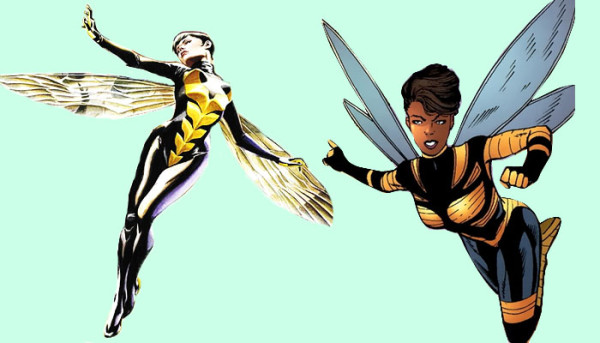 Like the Catwoman/Black Cat pairing, this is a match between two female superheroes that hardly bears explaining because of the clear similarities. As of now, it looks like DC may be ready to concede the pairing for the modern era, given that the Ant-Man sequel is expected to incorporate the Wasp, whereas there’s been no mention of Bumblebee in modern film. 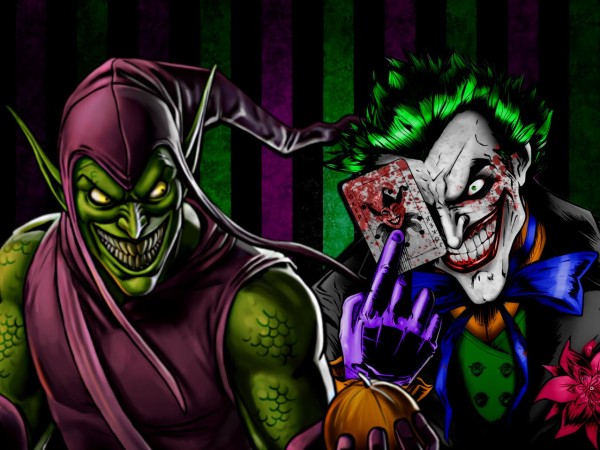 This one’s a bit of an unorthodox pairing. Some would argue that Norman Osborn and the Green Goblin are more like evil versions of Tony Stark and Iron Man than foils for the Joker. But particularly for younger fans who know comic heroes primarily through cinema, there are clear similarities in that both characters are severely unhinged and hell-bent on creating chaos. Plus, according to Moviepilot, Willem Dafoe once almost played the Joker before taking up the role of Sam Raimi’s Osborn/Goblin in Spider-Man. 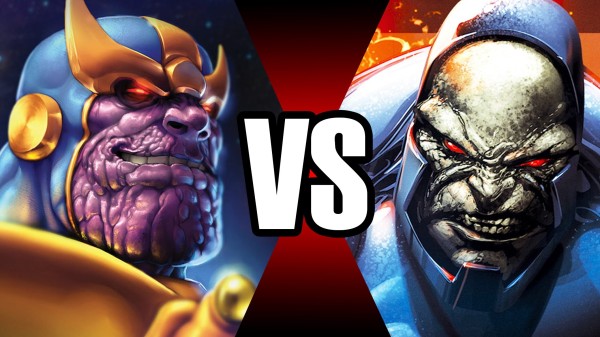 A lesser-known character named Metron came in between, but really Thanos—arguably the chief villain in all of Marvel—is modelled after DC’s Darkseid. Basically, both are all-powerful, god-like super villains capable of manipulating matter and energy, reading minds, and the like. If you can think of a power difficult to overcome, chances are these two both possess it. 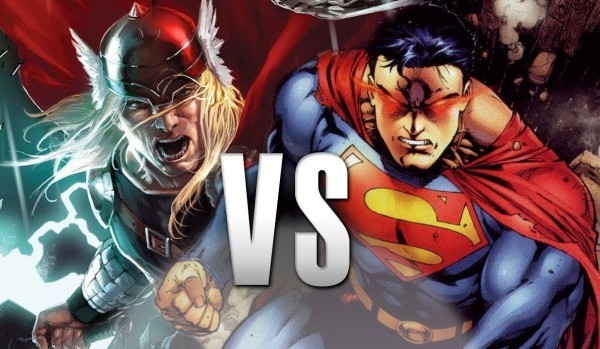 Superman came first, all the way back in 1938, and basically set the bar too high for any human superhero in DC or Marvel to meet. An alien being with god-like power and ability is a little bit difficult to match with anything other than a god, which may be one reason Marvel roped Thor into its comics a few decades later. These two don’t have all the same powers and their backgrounds aren’t similar at all. But they both fly, far exceed human strength, are powerful sons assigned to protect mankind, and usually, wear red capes.

Interestingly enough, these 10 pairings only touch on the number of character links that can be made between Marvel and DC. But they’re certainly some of the clearest and most interesting selections.