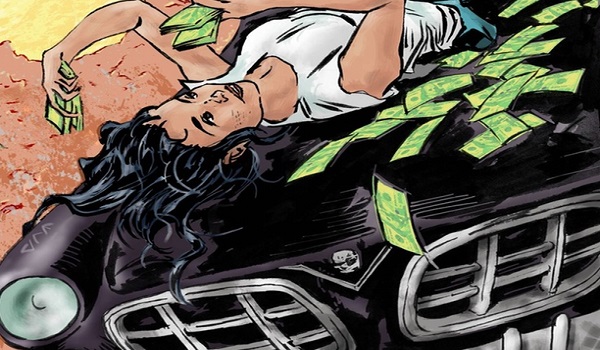 Sinners is a unique read with lots of supernatural weirdness. Hope Martinez wakes up dead one morning and is given a mysterious limousine. The limo’s creepy GPS leads her crosscountry to gather up all kinds of sinners. The Kickstarter campaign is well under way. It gets you Issue #2 and many special perks. We chatted with Simon Birks, the inventive writer behind Sinners, to hear more about what’s its all about.

AP2HYC: In ​Sinners​, Hope, after waking up dead, drives across the US in a limo picking up sinners while following a creepy GPS­­. That’s quite the original idea. How’d you come up with it?

Birks: The idea originally came via a short film I wrote, set in the UK, where a mechanic helps a woman who’s broken down by the side of the road, and suffers the same fate with the trunk. I advertised that on a film collaboration website, and Dan Thorens, a director in New York was interested in the idea. We spoke over messaging, and built up the story of Hope and the incorporation of the deadly sins. The GPS appeared later, because how else would she know where they were? So, the story was built up, with all the weirdness and originality with it!

AP2HYC: Assuming things go well, how many issues of Sinners do you plan on creating? One for each deadly sin?

Birks: Sinners will consist of 12 issues. There will be one for each deadly sin, and the others will concentrate on Hope and Danny, and other stories they get involved in. I also have ideas for stand­alone comics for some of the characters we meet, but that’s far off! Here’s hoping the Kickstarter goes well!

AP2HYC: Sin, as you note in the Kickstarter description, is something that unites everyone (as much as we might hate to admit it). What originally attracted you to the themes of sin and redemption?

Birks: It’s the sort of thing you sometimes hope happens to people who sin and think they’ve gotten away with it; someone, somewhere is on the prowl for them. Now, the people in Sinners, may or may not deserve whatever fate the Limo has cooked up for them, but somewhere along the line, they’ve done something to appear on the GPS’s map. As a story type, redemption is always interesting. The character has to grow in order for the redemption to take place. Does Hope achieve redemption? You’ll have to wait and see!

AP2HYC: What’s the creative process like between you, Erol Debris, and RHStewart?

Birks: Very smooth. I write the script for the comic, including the basic panel setup, and Roy reads it and interprets it into pictures. Roy is the artist, so he knows the best way to layout the comic, and to depict the panels in the optimum way. He sends me the layouts, then the pencils, then the inks, then the colours, so we’re talking and making any changes along the way. Suffice to say, there are hardly ever any changes. This is the first cover Erol has done for me. I looked through his portfolio, and decided on a style of his drawing I thought would work best. He asked me what I wanted on the cover, and he came back with several alternatives, we chose one, and went from there. It was a quick turnaround process. I’d always say if you’re working with an artist (or any specially skilled person), it’s key to bring their input to the creation. To stipulate exactly what you want is to stifle their creativity, and to ignore their obvious skillset.

AP2HYC: What’s it like having someone so tied into the visual creation of your story, where (like in a novel), you control most of the storytelling?

Birks: It’s wonderful. I work very well in collaborations, and to see the sequential art coming in is fantastic! When I write Sinners, I now have a perfect understanding of how Hope and the limo look. Roy is very involved with the project, an avid supporter, so it’s a team effort. 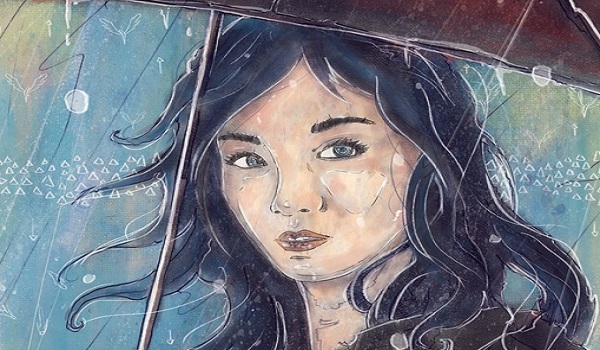 AP2HYC: You wear a lot of hats. You’re not just a writer, but also a screenwriter, novel writer, and comedy writer. How do you juggle so many different mediums?

Birks: I think comic writing and screenwriting are closely related. I’ve always visualised whatever it is I’m writing, always looking at how the scene will be visually interesting, whether it’s on a comic page, on a screen, or, in the case of novels, in the reader’s mind. With regards to comedy, I think that’s everywhere. I certainly find it difficult to write something without comedy bleeding into it. We all want to be able to smile or laugh, however dark everything gets. I swap between different mediums often. If something I’m writing isn’t flowing as I want it to, I’ll often divert my attention to a different story or medium to keep the brain going. On many occasions, if I’m writing a screenplay, and I’m wondering what the characters might do next, I’ll start writing a short story about the situation, and really get into what the characters are thinking and why. More often than not, that gives me their next moves.

AP2HYC: ​Sinners ​originally began as a film script, but now it’s a comic book. How does the new medium affect the story? Do you feel more free to go all out, knowing that you won’t have to spend millions on a CGI budget?

Birks: Definitely! Sinners would be too expensive for an independent filmmaker like myself to create. Not only that, but films take a long time to produce, and more often than not, you’re only part of the process. With the comic, you’re a lot more involved. Of course, this means there’s more pressure on your shoulders, but I’m okay with that!

AP2HYC: You met RHStewart at a comic con. Besides meeting amazing artists, what’s your favorite part of comic cons?

Birks: I’m often found now sitting behind a table in the Comic Village at the major cons around the UK, and the best part of that is talking to the people about my comics, seeing their reaction to my story ideas, and hearing from them what it is they like to read. Sometimes understanding what people like leads me to thinking what sort of story I can write to fulfill that desire, and then I start writing! And, naturally, I like the feedback I get after they’ve read it!

AP2HYC:  In addition to a copy of ​Sinners​, donaters also get a copy of G​one, ​a sci­fi mystery comic. It’s quite the two for one deal. Want to give readers a quick idea of what Gone ​is about?

Birks: Gone is a sci­fi mystery comic, written by myself, and drawn by Tom Eddy. It’s about a robot called AssistA, who wakes up on the Tantallon spacecraft expecting there to be 80,000+ crew members on board, but finding no one. AssistA decides to find out what happened to them, but whilst it does so, it receives interference in the form of one of the former crew members talking about what happened to the crew. Issue 2 is ready, and we’ll be running a Kickstarter after this one to try and raise the printing costs once again!

AP2HYC: What are some stories, shows, or comics that influenced you while writing ​Sinners?

Birks: Nothing specific… which probably means everything I’ve ever watched or read has influenced it! I like sci­fi, fantasy, horror and supernatural stories – all things that are a little weird. Things that ask questions, and leave you waiting for the answers. I want people to want to know what’s happening! Comic-wise, I’m a big Image fan, and I think it’s the sort of title they’d publish.

AP2HYC: Thanks for your time, Simon! We look forward to reading the future issues of Sinners.

Submit yourself to the world of sin and contribute to Sinners‘ Kickstarter campaign for a copy of Issue 2, along with other great perks, including Issue 1 of Gone, original vintage postcards, A4 prints, and badges.