Home » Is This The Best Year Ever For Superhero Movies? 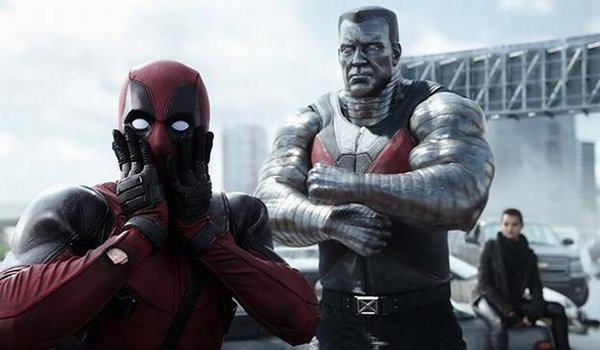 2016 is off to an amazing start for superhero movies with the phenomenal success of Deadpool.  With five more movies scheduled to come out this year it promises to be one of the biggest years ever for the genre.  The most amazing thing about the slate of superhero films this year, is that five to ten years ago no one thought these films would get made.  Deadpool was in development for eleven years, and the studio was reluctant to make it the way the fans wanted; no one thought Apocalypse would ever be in a movie, and DC seemed unable to create a cohesive movie universe like Marvel had.  Yet the success of Marvel’s cinematic universe, and comic book films that many thought would fail because they were seen as too weird for general population, showed that audiences wanted something new. Now we are seeing one of the best group of films ever for superheroes.

When Marvel started to create a cinematic universe in the early to mid 2000’s, people wondered if they could pull it off.  These were B and C level characters since the A-listers (such as Spider-Man and X-Men) were tied up at Sony and Fox; analysts thought they did not have the mainstream appeal that would lead to blockbuster success.  Yet Marvel found success with their films, even with Thor, which was seen as the riskiest film of their original slate since it dealt with Norse mythology and had a strong outer space element.  The experiment then paid off in spades with Marvel’s The Avengers, which is the fifth highest grossing movie ever; it showed that a universe of connected movies could be successful in films.  But Marvel was about to take their biggest risk yet.

In 2014, Marvel released Guardians of the Galaxy.  At the time, it was seen as the riskiest movie Marvel Studios had made to date.  The characters were considered D-listers, characters even comic book readers didn’t know too much about.  Some people wondered if anyone would want to see a movie that featured a talking raccoon and tree as two of its main characters.  Yet the movie beat all expectations and is now Marvel Studios’ fourth highest grossing movie behind Marvel’s The Avengers, Avengers: Age of Ultron, and Iron Man 3.  A combination of great characters and unique tone brought something new to the superhero genre, which led to amazing success.  Now Marvel had proven that not only were cinematic universes possible, but even obscure ideas could become huge hits. This had led to them making Doctor Strange.

Twentieth Century Fox seemed the studio most poised to capitalize on the success of Guardians with Deadpool.  But after being in development for almost a decade the executives were still unwilling to make the film the way the creative team wanted.  The movie was seen as too weird and “out there” for a general audience.  Luckily, the test footage was leaked online and the positive reaction finally convinced Fox to make Deadpool, and make it the way the fans wanted it to be made with R rating, fourth wall breaking, and costume intact.  The creative team stuck to their guns and were finally allowed to make the Deadpool movie desired, which has led to tremendous commercial and critical success.

Fox is also letting the X-Men series do something no one thought would ever happen by making Apocalypse the villain in the franchise’s next movie.  Apocalypse was always seen as too far of a stretch for movies but lately the series has been taking chances: from doing a prequel/reboot with X-Men: First Class to tackling the time travel story of X-Men: Days of Future Past, which led to some of the strongest reviews yet for the series.  Now, seemingly as a continuation of this mindset, one of the most iconic X-Men villains is finally coming to the big screen.

Meanwhile at DC, they are finally getting their extended universe off the ground.  In the early 2000’s a Batman vs. Superman movie was being developed but was cancelled for Batman Begins; the success of that film, and its sequels, made it look like this match up would never happen in film.  However, seeing Marvel’s success, Warner Bros. and DC decided to jump-start their own extended universe. The decision was made to add Batman into the Man of Steel sequel.  Later, this was expanded to include Wonder Woman, and make the movie a setup for the Justice League.  Now fans are seeing their dreams come true as the Trinity appears in a movie together for the first time.

Later this year DC is also releasing Suicide Squad.  Comparisons have been made to Guardians of the Galaxy since this seems like DC’s answer to the Marvel box office hit.  The trailer showcased an irreverent tone and a classic rock song just like the Guardians trailer. The very idea of a film about a team of villains having to save the world is something similar to the Guardians which, while not outright villains, were a team of criminals who came together to save the galaxy.  DC is taking a risk adopting one of the more obscure comics into a film early on in the DC extended universe, but so far reactions to the trailers have been positive; it looks like this may be another Guardians sleeper hit.

Deadpool was a great film, and hopefully the rest of the 2016 superhero slate can live up to the bar now set.  Either way, the fact that so many characters and ideas – which no one thought would ever be turned into films – are emerging makes this an amazing year for comic book fans!  Let us celebrate the fact that our dreams are coming true and hope that this can only lead to even more so-called “impossible” characters appearing on the silver screen.

What do you think? Is this the best year ever for superhero films? Which film are you looking forward to the most? Let us know in the comments and on Twitter.