Home » “Dawn of Justice”: The Batman and Superman We Deserve 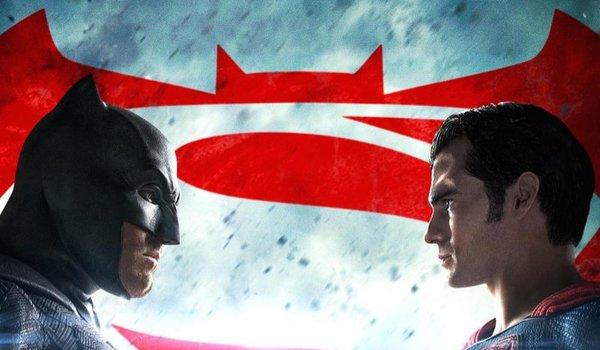 There are two types of people: those who are excited and optimistic about Batman v Superman: Dawn of Justice and those who aren’t. I am in the former group, and find the latter’s complaints, worries, and general naysaying to be mostly unfounded or invalid. But I’m not here to talk about that. Regardless of how you feel about this movie, and even if you’re not a fan of comic book heroes, you should be interested. Because this movie and these characters- this new Batman and Superman and Lex Luthor and Wonder Woman- are going to do something marvelous, thrilling, and terrifying all at once. They are going to reflect who we are now.

Batman and Superman, like most superheroes and supervillains, are icons while characters like Funny Man or Dick Tracy are relics of the past. This is largely because the lasting comic book characters mature and evolve with the times. They give to and borrow from society. We don’t always like what we see (remember when Superman had a mullet, or when Lobo went emo? I wish I didn’t.) but we usually understand the reasons for these developments. For better or worse, they are who we are: our fears, our hopes, our weaknesses, our strengths. This is a major reason I’m so excited to see Batman v Superman, to discover just how these heroes and villains have evolved, how society has affected them, and how they will affect us.

We can make some educated guesses on these interpretations using the trailers and the source material, mostly The Dark Knight Returns. Ben Affleck‘s Batman won’t be as significant a departure from Christian Bale/Christopher Nolan‘s iteration (which also had much inspiration from TDKR) as theirs was from George Clooney/Joel Schumacher‘s. The brooding, tortured hero that the Dark Knight Trilogy is not going away. Rather, it’s clear that the Batman v Superman Batman will continue in that tradition, but will approach it from different aspects and will likely push many of its elements to the extreme. TDKR Batman is older, more violent, and probably less sane than most other interpretations of Batman. The Dark Knight Batman knew he was crossing a line when he relentlessly beat the Joker and wiretapped the city. TDKR Batman on the other hand is certainly more willing to bend his rules. He as maimed, arguably tortured, used firearms, and refuses to consider any points of view other than his own. Even his “no killing” rule is pushed to the edge by paralyzing the Joker.

This Batman v Superman Batman is a man who is more than willing to take on a being of incredible power whom he perceives as a threat, and is deeply affected by the consequences of his crime-fighting past. He is a good man turned “cruel.” What does his evolution say about us and our subconscious urges? Are we supposed to emulate his willingness to fight our apparent impotence to bring about change in the world and protect ourselves? Is he fearless or reckless, driven or insane? Is he still a symbol of hope in his own way? I would go so far as to ask if this is what’s become of the American Dream? It will be fascinating to watch his character arc.

Superman is arguably even more relevant to contemporary society, with issues like immigration, the limits of accountability of power, and religious overtones pushed right to the forefront of his characterization. Man of Steel had Clark wrestle with his own identity and meaning to humanity, and he eventually embraced not only his Kryptonian heritage but also his place as a protector of humanity as Superman. However, now that he’s done so, he’s seen as a beacon of hope to some, a god to others, and an alien force of destruction to perhaps most. Gone is the Golden and Silver Age Superman, who was self-confident, unquestionably loved by all (except the villains), and able to lift a planet with a finger. Superman today only does what he believes, not what he knows to be right, his power does have limits, and he is above all accountable for whatever he does, which is why in some corners there was such a negative reaction to Man of Steel. People simply weren’t used to seeing Superman in this way, even though the comics had been headed in this direction for a long time. Now we can see this modern Superman truly define himself.

Batman v Superman is not simply two heroes fighting one another. It is a clash of two ideologies regarding power, humanity, and justice with momentous repercussions. What will happen when the unstoppable force meets the immovable object? Superman once had an answer in All-Star Superman: “They surrender.” Just what exactly that means, we’ll just have to wait and see.

Do you think Batman v Superman is more than just two superheroes being mad at each other? Let us know in the comments section below or send us a Tweet!