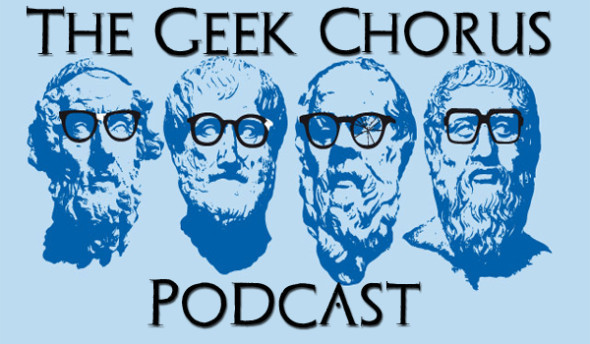 Daredevil on Netflix was the subject of the very first Geek Chorus, and now we’ve come full circle with season 2! Rob Dickerson with special guest and pop culture blogger, Matt Delhauer (@MattDelhauer), break down the good and the great along with how Daredevil‘s second season surpassed expectations on how it would follow up from the first season. As usual, spoilers are in full effect here. Rob and Matt binge watched the entire second season of Daredevil as any self respecting geek would. Matt, however, as he showed us in a previous episode he guested on, was able to break down and analyze even the smallest nuances that Daredevilbrought in it’s second season as well as the surprises that were completely unexpected. It’s more than likely the most in-depth breakdown of a television show that you will ever hear and we hope you enjoy it.

The Geek Chorus, as always, is brought to you by How Do I Jump, where you can find great content such as The Weekly Jump Podcast, Indie Interviews, and so much more. Be sure to visit the rest of the extended HD1Jump family and log on to Mike Sangregorio’s Sketchprov.com, Rob Dickerson’s Cape Swoosh Productions, Nick Wolf’s Above the Film, and subscribe to Matt Delhauer’s Ginger Geek Blog, which also features appearances on friends to the Geek Chorus, The Jock and Nerd Podcast.