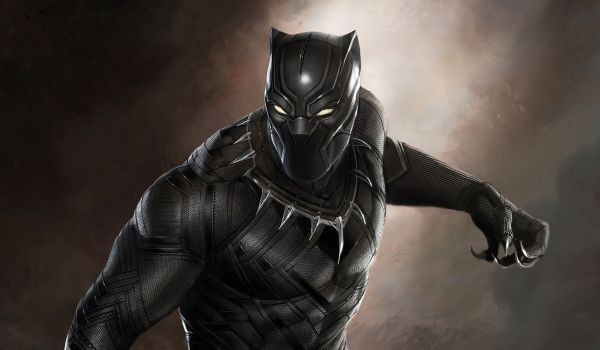 Ah, Black Panther. Otherwise known as T’Challa or the King of Wakanda. I’ve been waiting since Phase I of the MCU to see the Leader of the Panther Clan on the big screen and now we’re within reaching distance.

So what’s there to know about Black Panther? Well, T’Challa is the heir to the Kingdom of Wakanda, a country roughly located between Ethiopia, Kenya and Sudan. His father, T’Chaka, was murdered by a man named Ulysses Klaw (remember Andy Serkis in Age of Ultron?) when T’Challa was just a teen. T’Challa went on to study in Europe and America and eventually assumed his position as ruler after defeating his uncle, the existing Black Panther. He has enhanced senses and abilities and access to unique resources that make him a force to be reckoned with.

Wakanda is known throughout the Marvel Universe for its technological advancements and the world’s largest source of Vibranium, you know, the stuff Captain America’s shield is made of. This metal is particularly important to the Wakandan heritage and culture, and after realising the value and potential of Vibranium, they closed off their borders to rest of the world to protect themselves from potential invaders. This saw Wakanda become one of the wealthiest countries on the planet, with probably the fastest growing economy in the Third World and at the same time still maintaining their historic traditions. 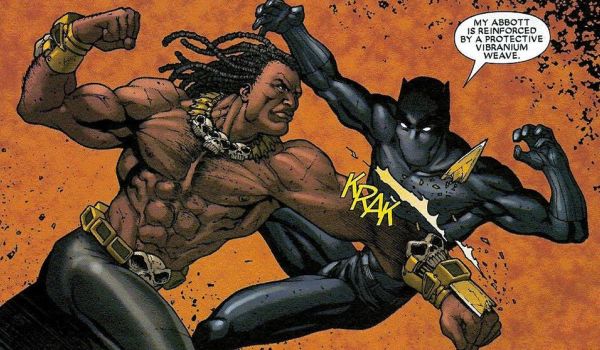 Interestingly, Black Panther’s suit is made of woven Vibranium which means he’s basically a human version of Cap’s shield – which would be almost true if Cap’s shield could walk on water; run up the sides of buildings; master all forms of hand to hand combat and house the collective strategic and intellectual minds of Steve Rogers and Tony Stark. So yeah, it’s pretty fair to say that Black Panther is one hell of a badass character.

Since his comic book debut in 1966, Black Panther has teamed up with Daredevil, The Fantastic Four and The Avengers and was even once married to X-Men Leader, Storm. He’s fought countless enemies both by himself and with the help of others and now we see him, played by Chadwick Boseman, on the side of Iron Man in the upcoming Civil War movie.

What can we expect from Black Panther as he makes his debut in the Marvel Cinematic Universe later this month? Awesome combat scenes, that’s what. We’ve already seen clips of him chasing after and fighting Bucky, but what I want to see is a little action between Captain America and Black Panther. I’m very interested to learn how these two characters interact with each other and how it develops throughout Phase III. 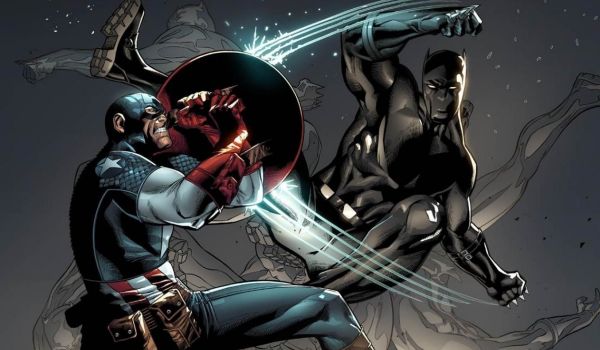 I’m also curious as to how Iron Man enlists the help of Black Panther, especially considering that 1. There was the big Hulk vs Hulkbuster fight in the middle Wakanda in Age of Ultron; and 2. Black Panther usually puts strangers under a series of test to question their intentions and their worthiness to be considered as an ally. I doubt there will be a lot of time dedicated to these tests in Civil War, but it would be something worth looking out for in the Black Panther film scheduled to be released in February 2018.

Could the presence of an excellent tactician, tracker and superhuman warrior be enough to tip the scales in favour of the Superhero Registration Act? What are his motivations for siding with Iron Man? What has Bucky done to be persistently targeted by Black Panther? And how will the outcome of the film affect future relations between the America and Wakanda? So many questions! But luckily, just a few weeks until we find out.

Let us know in the comments section below or on twitter what you want to see from Black Panther in Captain America: Civil War, which hits the cinemas on April 29th for the UK and May 6th for the US.