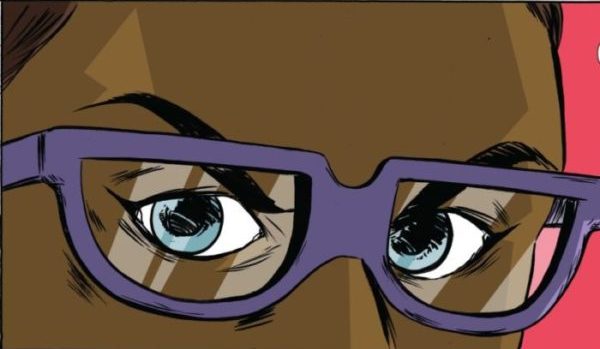 Fight Like A Girl: Volume One Learning Curve collects four single issues. It’s created and written by David Pinckney, with artwork by Soo Lee, and published by Action Lab.

Fight Like A Girl follows Amarosa who is on a mission to save her terminally ill brother. How does she plan on saving him? Well, that’s where this comic takes off and more specifically caught my eye. Amarosa stands before a jury of nine gods, begging for a chance to prove herself worthy to gain entry to the Wishing Well. Risking her own life, she must fight her way through nine grueling trials. If victorious she is granted one wish, to save her brother’s life. But, if she fails she has a one-way ticket straight to hell.

I was not expecting this much out of a four issue trade! Each issue consists of a single trial Amarosa must face, but before each trial begins Pinckney has set up the story with an easy to follow formula. Through a series of flashbacks spread out over the four issues we are given a in depth look to the thoughts and reasoning behind Amarosa’s decision. Pinckney properly balanced the backstory, not giving too much away and left a decent amount up to the reader. Once Fight Like A Girl got started it was hard to put down, mainly because each issue ended with Amarosa awaiting her next trial. The trials are a fun read and are set up a lot like Hunger Games or Avenger’s Arena. The reason I say this is because while Amarosa is fighting during these trials, the gods and anyone who resides in the “multi-realms of the heavens” is able watch and enjoy. I believe having this factor adds to the story and the struggles the main character is faced with. The viewers also enjoy colorful commentary by “The announcer,” an imp-like being who pops up whenever Amarosa may have a question or need specific guidance.

The story and dialogue are easy to follow, unfortunately the art occasionally made it a little difficult. Not every time, but enough to notice, the flow was altered. I found myself staring, trying to decipher what exactly was in each panel. Don’t get me wrong the art is fantastic and accurately represents each action, but at times it can be very dark and hard to make out.

If you’re a fan of mythology and girls who kick ass I highly recommend this one! Fight Like A Girl was released in April 2015 and can be found on Action Lab’s website and purchased on comiXology.

Have you read this one from Action Lab? If so, who do you think would win in a fight Amarosa or Katniss? Comment below or get at on us Twitter!