Home » Awesome Con: Living Up to Its Name 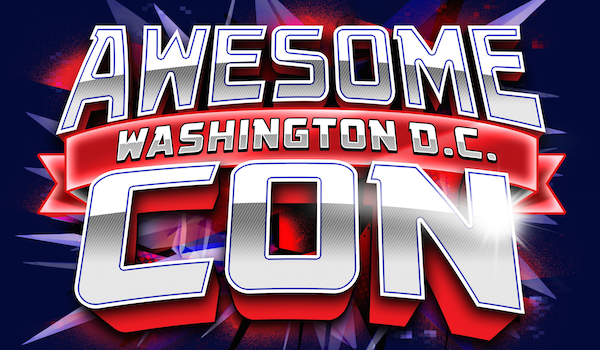 While it wasn’t large enough to take up an entire city like San Diego, Awesome Con was big enough to fill the Capitol’s impressive Washington Convention Center. This, in my opinion, means that Awesome Con hit the convention, “sweet spot.” It wasn’t overwhelming in size, making it impossible to fit in all of the things scheduled, and it wasn’t a rinky-dink event that could easily be covered in an hour or less. No, Awesome Con was an example of a convention sized right, providing attendees with a wide variety of panels, booths, and exhibits… and an ample amount of time to take them all in.

Despite only being in attendance on Sunday, I pretty immediately understood that Awesome Con was, for the most part, a smashing success. I heard a few complaints here and there about the chaos surrounding anything and everything pertaining to Doctor Who but, having dealt with nine hours of lines the day prior at Wizard World Philadelphia, I personally felt that even the irritation around waiting for C-squared (Coleman and Capaldi) wasn’t enough to be anything other than a minor blemish on Awesome Con’s report card.

Perhaps the largest success of Awesome Con was the fact that it wasn’t focused on any particular fandom or genre. Theoretically no con should have any sort of clear affiliate or fandom bias, but there are some that do and those are often the ones that leave me feeling less-than-enthused. Awesome Con is not one of these vague cons to which I am alluding, instead bringing together Marvel & DC, old school & new school, big names & new names, and doing everything possible to ensure that there was a little something for everyone.

(The something for me was obviously Wild Bill’s Old-Fashioned Soda, which is an ingenious thing to bring to a convention. Buy a souvenir stein and then get free refills for the remainder of the convention? Sign. Me. Up.)

The random booths and attractions scattered across the convention room floor made the event a particularly memorable one because, unlike some of the gargantuan conventions I’ve attended in years past, many were actually distinguishable from one another.

Were there half-a-dozen booths devoted to Funko Pop? Sure, as was to be expected. Did I see the same Deadpool shirt displayed at least four times? Absolutely.

But nestled between the booths that seem like standard, undistinguishable, con staples, were artists proudly displaying their work, novelists describing pretty intriguing new literature, and crafters selling everything from custom leather journals to etched glasswork. Nothing felt overtly monotonous and I found that, unlike some past experiences, I didn’t find myself growing bored enough to contemplate an early exit.

There was an abundance of stuff and a variety of people that made for a wholly interesting day. I caught an intriguing panel regarding self-publishing and then had the opportunity to sit in on the Q&A with comic legend Mark Waid. Even cooler? Waid was representing Aw Yeah Comics on the convention floor and graciously signed some of the S.H.I.E.L.D. books he’d written! 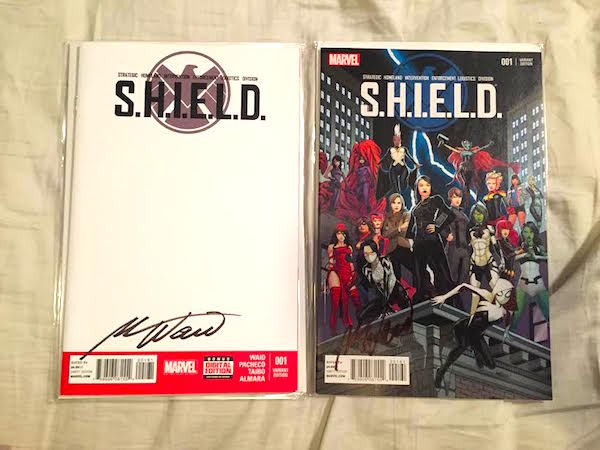 Which brings me to…

Listen, Agents of S.H.I.E.L.D. is unequivocally my favorite show and having the opportunity to make a complete and utter fool out of myself in front of two of its stars was GRAND. That’s not sarcasm either. I turned into a bumbling doofus whilst getting photo ops and autographs from them and left with a face redder than a freshly boiled lobster. Luckily, they were some of the most gracious and eager-to-meet-fans people that I have ever encountered and, should you ever get the opportunity to meet actors from your favorite film franchise or television series, I highly suggest that you do it… no matter how embarrassing you might be in the moment.

Awesome Con gave me such an opportunity, which left me beaming on the entire Amtrak home.

And that is why I think it was a success.

Because, while I’m sure the people behind conventions measure success by whatever profit they manage to make, those attending measure success by the feelings they have when the hall closes on Sunday evening. I left Awesome Con having had wonderful experiences and interactions, making new memories that will no doubt cause the sporadic grin whenever they flit into my consciousness down the road, and wholly excited to see what next year might bring.

Where you at Awesome Con this year? Let us know in the comments section or send us a Tweet!