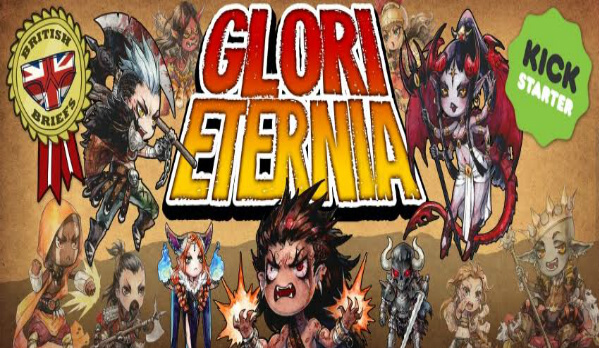 We’re all avid gamers here at AP2HYC, so when we saw the fantasy card game Glori Eternia on Kickstarter, we simply had to talk to creator Lewis Terry to find out more.

AP2HYC: Can you talk about the story and world of the game?

Terry: The game centres on an epic battle that is unfolding, the last battle against the forces of darkness and the last battle of the heroes time. Heroes from all over the realm have gathered to defeat the onslaught of evil creatures, but these heroes want to prove themselves to be the mightiest warrior on the battlefield. This means they will not only be fighting the enemies but fighting each other as well! They will find their weapons and cleave their way to victory, and if they lose a weapon they will use their bare fists to earn their place in history and receive Eternal Glory!

AP2HYC: Is there potential for further stories to be told in the game’s world?

Terry: There is definitely potential for more expansive material within the game. The mechanics are smooth and easy to grasp, so it has been fun coming up with new twists and new characters that will heat things up a bit and add extra challenges. There will be some Kickstarter exclusive characters available and new content will be unlocked through stretch goals as the campaign goes on. The game is very immersive and the outcome can be unpredictable as there are various strategies you learn the more you play, so this gives us a lot of scope for further development in the future – which is really exciting.

AP2HYC: Will the objective of reaching 100 kills be no small effort?

Terry: Reaching 100 kills on the battlefield in Glori Eternia is a test of strategy and card management. It won’t be easy to slay the forces of darkness when your opponents are trying to outdo you! During each turn players play one card, resolve it’s effects and then draw up to five cards. As you battle through, collecting a weapon and laying hard hits on the enemies, your opponents will be trying to impede your progress by laying cards on you that could break your weapon, unleash an enemy upon you or mortally wound you! Luckily there are cards that can counteract these obstacles, which is where the card management kicks in. I must say, it feels very rewarding to stop the lead player in their tracks with a Hazard card and then overtake them – but you know there will be retribution!

AP2HYC: Will Glori Eternia be accessible to both hardcore and casual gamers?

Terry: Yes indeed! Glori Eternia is a fairly simple game to pick up and play and it has proved to be popular with a variety of different ages. It has been thoroughly play tested at schools, colleges, board game evenings, local events, board game cafes and it has been passed around loads by some of the people that we’ve given advance copies to. Although the game is easy to grasp, there is a greater depth that comes the more you play it, which the hardcore gamers relish in. Both kids and adults have a blast playing it, and that is good to see. 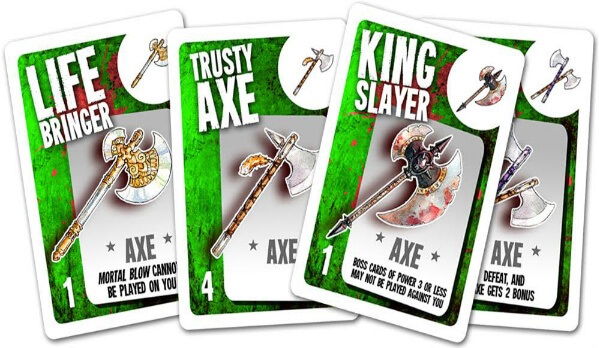 AP2HYC: How long has Glori Eternia been in development?

Terry: Glori Eternia was properly in development over the course of last year but I had wanted to create a game such as this for a long time, and had thought of the theme a while ago. As a kid (and as an adult too, to be fair) I loved reading about Mythology and mighty fantasy warriors. I discovered the 2000 AD strip of Slaine which really interested me as he was pretty much immortal on the battlefield, he had the power to ‘Warp Spasm’ which sent surges of might through his body to give him a terrifying amount of strength. I really wanted to create this game about heroic warriors who were fighting for their honour and who possessed the power to Warp Spasm, or rise up and fight after being mortally wounded. Finding the right artist to bring the imagery to life was not too difficult as I had a good idea of the style I wanted. It took a while to perfect the mechanics of the game but it was a lot of fun too, tweaking the early game and letting it become how it is now has definitely taught me a lot.

AP2HYC: Will the cards themselves become collector’s items?

Terry: The Kickstarter exclusive cards will be a limited run so if the game becomes extremely popular then those cards could become rarities. I am a bit of a collector myself, and I appreciate the amount of work and dedication that goes into the creation of card and board games. A beautifully illustrated game that has me coming back to it time and time again will always have a place on my shelf, and I would love it if my games would be appreciated in the same way one day.

You can contribute to Glori Eternia‘s Kickstarter here!