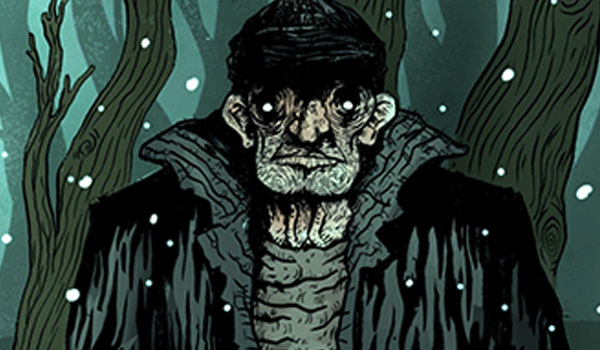 There is something to be said about a comic that manages to give you the chills as soon as you open to page one. That comic is Hexes written by Simon Birks. With its macabre art style and simplistic yet eerie storytelling, Hexes is sure to please anyone who enjoys dark, spine-tingling tales.

Each issue focuses on a different story both dealing with some sort of supernatural element. Hexes #1, The Boy Who Came Closer, follows a man named Brendan who has decided to purchase an isolated home in the woods. Over the course of several months, Brendan is haunted by memories from his past involving a creepy, burly man and images of a mysterious figure that follows him around the house.

Hexes #2, Waking Nightmare, tells the story of a man named Ben who was once haunted by nightmares that appeared to be real throughout his childhood. As an adult, he comes across a young woman by the side of the road. Deciding to give her a lift, he brings her to a ferry where his small town friends are also travelling. But this woman is clearly more than she appears to be. 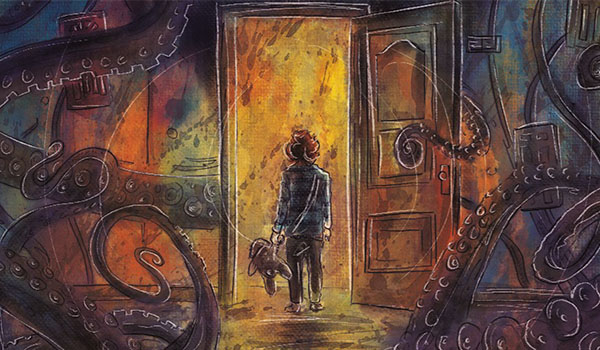 Though both issues cover what appears to be separate stories, there is a clear, unsettling feeling as you turn the pages. The writing manages to grab the reader immediately by giving the audience bits and pieces of information but never revealing everything until the very end. There is always a sense of eerie mystery with each turn of the page and there are many moments that are just down right creepy. The concepts both stories cover feel fresh and add to the psychological/supernatural thriller genre. And, although they are two separate stories, they feel connected through the way the narration unfolds.

Both the art styles, though very different from one another, are equally macabre and add to the eeriness surrounding both issues. There is a certain level of simplicity to both styles that evokes not only the notion of childhood, which both stories focus on, but also adds to the underlining chilling atmosphere. The first issue feels as though it is something you might find in a Neil Gaiman graphic novel with very harsh edges and shadows. Meanwhile the second issue uses a beautiful watercolor style to tells its story. Ege Avci and Lyndon White really breathe life into their issues.

Hexes is a rarity in a sea of never ending horror and thriller pieces. It is original, engaging, and still manages to send chills down your spine as you turn the pages. The art styles are beautiful as they sweep you into these worlds of supernatural thrillers. Simply put, it’s hauntingly beautiful.

Hexes is currently being funded through a Kickstarter campaign. Anyone who is a fan of the macabre and good old fashioned dark storytelling should invest in this series of stories. It’s well worth the read. I already know I can’t wait to read the next issue.