Home » How Can Suicide Squad Fit into the DCEU? 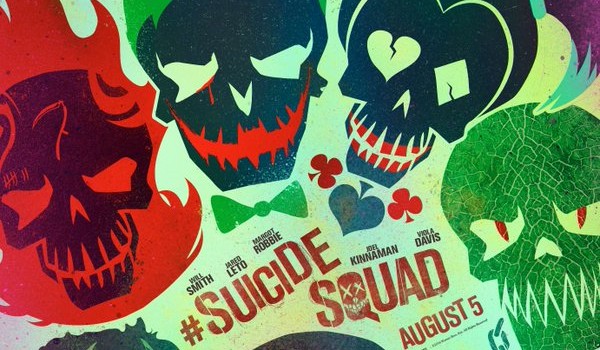 (WARNING! Batman V Superman spoilers below as well as possible Suicide Squad speculations by myself and others that could come true… we hope).

With just under a month to go until Suicide Squad graces the big screen, I think its pretty safe to assume that if you are reading this you’re probably as hyped as I am. As I have discussed in previous articles and features on the DCEU (Batman V Superman especially), I personally feel as though Warner Brothers and DC have done very little wrong. The frankly unwarranted, often cruel general consensus with regards to Batman V Superman aside, I agree there are lessons to be learnt and as a result of this, many an expectant glance has fallen upon Suicide Squad to deliver and deliver it must!

I’d first like to start off by stating what an outstanding marketing and promotion campaign Suicide Squad has run thus far. Warner Brothers have obviously learnt from that much vilified second trailer to Batman V Superman and seem to have invested more trust into their material adopting the premise that less is more. I would honestly go as far as to say that I think this is the best set of trailers I have ever seen released to coincide with the build-up of a film.  Fox’s Deadpool was impressive, don’t get me wrong, and is definitely up there, but Warner Brothers seem to have finally applied the winning formula utilised in other genres within their catalogue in film trailers such as The Conjuring franchise and The Girl With All The Gifts to that of the Superhero sub-genre. As an audience, we have received three very different trailers from Suicide Squad, whilst having very little revealed to us.

In a commercially viable nutshell it’s easy to get bums on cinema seats if the product sells itself and whereas Warner Brothers seemed to have had the jitters before with Batman V Superman, they have loosened the reigns somewhat with Suicide Squad. Two heroes fighting, a team of super-villains, they’re certs for massive movie institutions, if done right. So, having not seen the film and with a handful of on-set pictures, trailers and articles to go on, what can we expect from Suicide Squad and more importantly how will it shape the future of the DCEU?

Firstly, the notion of an extended universe is really beginning to take shape. Batman V Superman itself takes place not long after the events of Man of Steel, the opening ten minutes showcasing the final battle between Zod and Superman, serving as the catalyst for much of Bruce Wayne’s anger towards Superman. In addition, at the start of the third trailer for Suicide Squad we are also presented with a piece of dialogue from a White House official when he states “Gentlemen, ladies, what if Superman had decided to fly down, rip of the roof of the White House, grab the President right out of the Oval Office? Who would have stopped him?” It is a question not too dissimilar from the one Batman is plagued with in Batman V Superman, a narrative thread that runs heavily throughout the film’s entirety.

What is most promising about this and a fact that has recently been confirmed in Issue 1422 of Entertainment Weekly, is that Suicide Squad will largely take place after the events of  Batman V Superman and will deal with the ramifications and fallout of Superman’s omnipotent presence or lack thereof, if one is to naively believe that he is in fact dead at the end of Batman V Superman. The feature states the synopsis as follows:

Suicide Squad (out Aug. 5) takes place in a post-Superman world, following the events of Dawn of Justice, as the government grapples with how to respond the next time an alien visits Earth with less noble intentions than the Man of Steel. The answer, according to ruthless intelligence officer Amanda Waller (Viola Davis), is to recruit society’s most vile criminals, armed with lethal skills and superhuman powers. Her first target is possessed archaeologist June Moone/Enchantress (Cara Delevingne).

One could safely presume therefore, that just as the ramifications of Man of Steel impacted Bruce Wayne, so too will the events of Batman V Superman affect Suicide Squad and thusly, the larger DCEU.

Moreover, unlike the MCU and its creation of its standalone movies leading up to that of Avengers Assemble, Warner Brothers has decided to stick their superhero team-up movie in the form of Justice League, bang in the centre of its upcoming standalone slate. We will have to wait until post Justice League to see Aquaman and The Flash (Of which it is rumoured will feature Cyborg heavily). This interwoven universe is further elaborated upon with the inclusion of Batman in two of the trailers as well as confirmation by Zack Synder in an interview with Empire Magazine that Batman is in fact responsible for imprisoning many of those within Task Force X A.K.A. The Suicide Squad, in Belle Reve after past encounters.

Secondly, the DCEU has two ingredients that has and always will make DC stand out from that of Marvel for me personally both in the comic books and the films; the dark tone and DC/ Warner Brothers’ ability to present and challenge audiences’ ideologies/ opinions on socio, political and historical issues in an almost covert, allegorical sub-context. This context never muddies one’s enjoyment of what is essentially a high-spectacle sub-genre but instead adds another layer to the film, making the film endlessly enjoyable time and time again. It is this, twinned with the more jovial nature of Suicide Squad that excites me the most.

David Ayer seems to have struck a clear and subversive distinction from that of Man of Steel and Batman V Superman with that of Suicide Squad with the inclusion of humour: a must when dealing with characters such as the Joker, Harley Quinn and a man that throws boomerangs. Coming back to my original point like the aforementioned aboriginal tool does, the ideological and moral quandaries behind using a team of mass murdering, unlawful low-life’s will be a fascinating issue to chew over for audiences and will directly impact on subsequent films in the DCEU. I mean what’s not to say that any of the villains apprehended or captured by our heroes in future DCEU films won’t one day become members of Task Force X’s roster in possible Suicide Squad sequels? Concepts such as explosive devices being used in criminals’ skulls to render them subservient drones presents exciting prospects of potential reformation in some characters whilst serving as death penalty to others.

Finally, Suicide Squad for me marks a huge turning point in the superhero sub-genre as a whole. Although films such as Guardians of the Galaxy have explored the idea of criminals done good, Suicide Squad I believe will revel in the concept that given the option, many of those in Task Force X would much rather revert back to criminality, their first act of business torturing and murdering Amanda Waller. Which brings me nicely to my final point with regards to the DCEU and an issue of much contention: R-Rated Superhero films. I’ll admit, I was gutted when it was released that the film would be given a PG-13 rating in America, the equivalent of a 12A her in the UK, however, it was a decision I was not altogether surprised by.

That said, if Deadpool and the much more critically loved Batman V Superman: Ultimate Cut displays, there is a huge desire for adult content within the sub-genre, whether released in the cinema or on home release. I can think of no better film in the DCEU to lay the marker down than that of Suicide Squad and given David Ayer‘s track history with graphic violence/ R-Rated films e.g. Fury and End of Watch, I would hope that this would lure him back for subsequent sequels, his vision on the film thus far impressing me immensely.

So what are you hoping will happen with the DCEU post-Suicide Squad? In Squad we trust or will this be the DCEU’s suicide note? Let me know in the comments below or on our twitter page.