Home » Frank Miller’s Batman: A Study of The Dark Knight 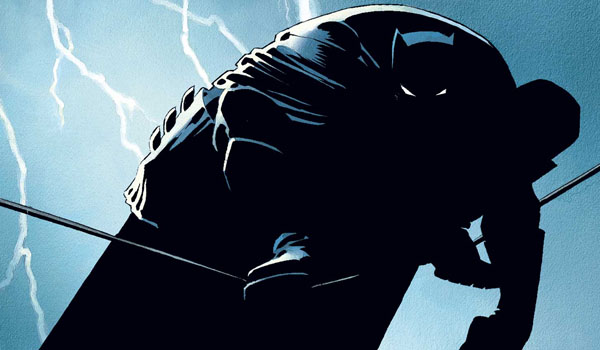 For every superhero comic book, there are certain milestones that fall into place throughout the story’s career. When looking at any of the major superhero comics, there’s always at least a handful of issues that set the bar in terms of what the audience expects from this character. For the Caped Crusader, one of those pinnacle moments is Frank Miller‘s The Dark Knight Returns.

But what makes The Dark Knight Returns such a great piece? What makes it one of the greatest Batman stories every told? With its masterful storytelling, The Dark Knight Returns not only gave us a beautifully crafted graphic novel, it gave us what has now come to be an expectation of Batman as we know him today. This limited series not only spawned a new popularity in the character, it also paved the way for modern depictions of the beloved Caped Crusader with the most recent depiction of Ben Affleck as Bruce Wayne clearly stemming direct influences from this series.

Ironically, The Dark Knight Returns portrays Batman as being significantly older than previous interpretations. It’s significant that the story begins this way because it allows the audience to take a glimpse of a man who has clocked in more than his fair share of crime fighting. Bruce Wayne is retired, he has seen the worst of the worst and yet Gotham still manages to crumble around him. The bitterness and hopelessness of the beginning of the story is well earned and contributes to the darker tone we now expect from most Batman stories. 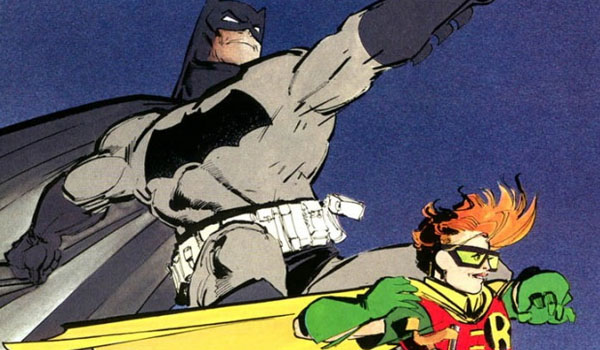 Another important element to note in this story is the attachment Bruce Wayne, and consequently all the characters, have to Gotham. This is one of the first stories to depict Gotham as a character which is another key piece that has not only been in modern comics but also feature films surrounding these characters. No matter how hard Bruce Wayne tries, he can’t let go of Batman. Gotham is calling for Batman just as it calls for Harvey Dent and the Joker. It is something none of the characters can escape, with each one destined to return to their previous roles during their youth. It is not just something Gotham needs, it becomes a central part of what they need. The entities cannot live without the other. Gotham needs Batman just as much as Bruce Wayne does.

The fact that the core hero and familiar villains are all connected to Gotham further stems the concept of who creates who in this universe. For years it has been a constant struggle among the heroes and villains of Gotham City. Does Batman create his own villains? Is he just as mad as the Joker and Harvey Dent? Would the villains have become villains regardless of Batman’s resurgence? These questions are never directly answered in The Dark Knight Returns and they really shouldn’t be.  It will always be a mystery as to who creates who, what exactly causes these certain trail of events to occur. But it’s no coincidence that both Batman and the Joker are given similar rebirths in The Dark Knight Returns, indicating Bruce Wayne may just be as insane as the Joker to a degree.

The Dark Knight Returns is not just a masterpiece in storytelling, its a masterpiece in redefining a character we have all come to know and love. It has set the bar for what we expect in a Batman story. It analyzes Batman’s psychosis through the ingenious idea of giving him a rebirth in old age. It highlights everything we love about Bruce Wayne and will remain at the top of Batman lore for years to come.