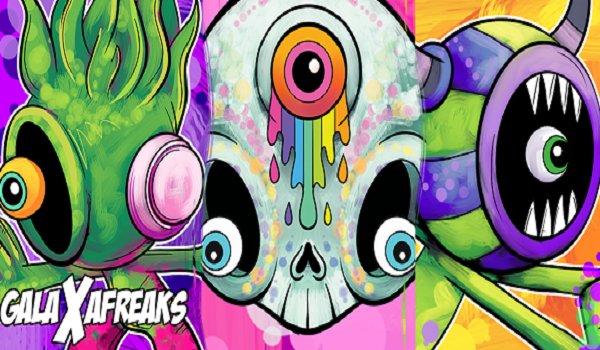 Andrew Pawley‘s supergalactic, megafreaky comic, Galaxafreaks: Dark Vibes is back with Issue #2. Once again, we meet with Captain Yeah! and our outcast hero Meeko as they take on the Dark Vibe Underlords, who are really a bunch of unchill monsters. Drawn in amazing Freak-O-Vision, Pawley once again brings a spastic rainbow of colors to the comic that will delight your eyes and make Jackson Pollack proud. The characters are as cartoonish and funny as ever, and Galaxafreaks: Dark Vibes keeps grooving through the cosmos.

Galaxafreaks: Dark Vibes Issue #2 picks up right where Issue #1 left off. Meeko, after falling into the void, has come across Captain Yeah!’s paralyzed body, after he lost a battle with the Dark Vibe Underlord Fuzz Muff. Meeko discovers a hidden power and is able to revive Captain Yeah! Unfortunately, Fuzz Muff and the other Dark Vibe Underlords have started their final, evil plan to take over the galaxy. They’ve raised a whole planet of Dark Vibe and Light Vibe mixed creatures (Meeko’s home planet), and by eating them all, they can get the powers Light Vibes to travel through the cosmos and take it over. It’s a race against time to see if Captain Yeah! and Meeko can save the galactic cosmos from Fuzz Muff and his diabolical Dark Vibe plan. 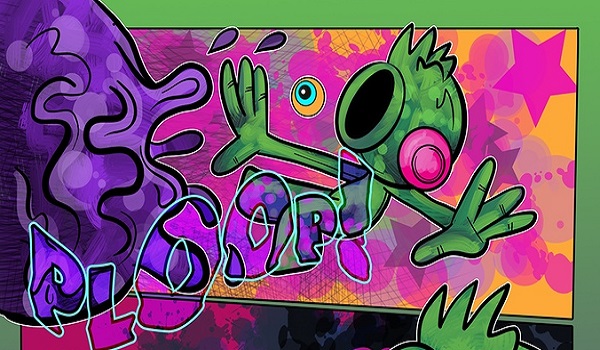 Andrew Pawley’s art is once again super colorful and filled with 70s psychedelia influences. Transparencies add layer on layer of shapes and colors to create a disorienting effect. He draws everything from galaxies to atoms with a vibrancy that makes you feel the energy strings flow through this crazy universe. Captain Yeah! and Fuzz Muff have slick designs that are unique and recognizable, and it’s clear that Pawley’s imagination must be a hive of colorful aliens and crazy designs.

Story-wise, there is some solid world-building done in this issue, as we get introduced more to the Dark Vibe Underlords who play on taking over the cosmos. We also get a hint into their evil plan, and what it means for Meeko and Captain Yeah! The psychedelic slang is always good for a few laughs, and it adds in a manic, youthful energy that makes the comic breeze by. We even get a little bio page on Fuzz Muff at the end of the comic. The only issue is, when can we get issue 3? Everything’s set for a cosmological climax of galactic proportions.

If you want a fun read with a eye-melting art, Galaxafreaks: Dark Vibes Issue 2 is for you. Even if you’re not on board with all the 70s slang or the cosmological adventure, the art itself is vibrant and just plain fun to look at. Andrew Pawley’s artistic style continues to be one of the most unique in comics, with impressionist brushstrokes in the colors along with layering and splotchy, manically colorful designs. From cover to cover, Galaxafreaks is a slick, bright, hyper piece of space odyssey fun.

Is Galaxafreaks: Dark Vibes Issue 2 super groovy? Or was it a total dead time, dude? Sound off in the comments or send us your thoughts on Twitter!