Home » In Mad Love With Each Other: Joker/Harley Quinn Preview 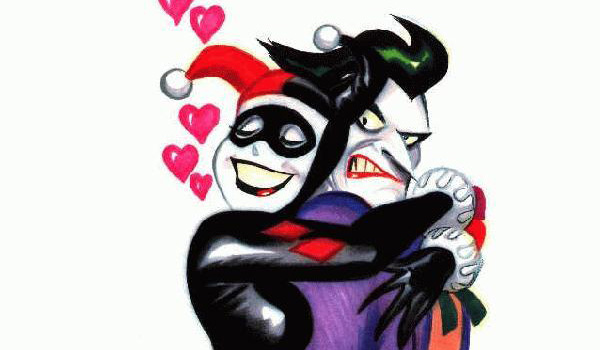 In the introduction to his seminal Mad Love story, Paul Dini described the dynamic between The Joker and Harley Quinn as the perfect abusive relationship, the ultimate depiction of what it’s like being with the wrong person who you can’t stay away from. Giving any villain a girlfriend could seem like a cheap gimmick to boost sales, but in this case Harley Quinn became an exceptional antagonist for The Joker. Both a zany extension of his personality and a foil to his criminal ways, Harley Quinn brought The Joker’s madness into a new light. A doting lover who used pet names like “Puddin'” gave Harley affable charm. With her origin, we see a psychiatrist who gets The Joker as a patient, going from calculated examination to infatuation to full decent into insanity. Since then, Harley Quinn’s status has elevated her past the limitation of a sidekick to becoming a ubiquitous character in the DC universe. Over time, she’s ditched the jester outfit and gone with sexy, little-to-the-imagination apparel, taking the subtle innuendos from Batman: The Animated Series and moving into more overt mannerisms.

As Harley Quinn’s live-action onscreen debut will be in Suicide Squad, there’s clearly anticipation to see this character alongside The Joker. It was inspired casting putting Margot Robbie in the role. The zesty eroticism she brought to her performance in The Wolf of Wall Street already made her a prime candidate, not to mention she has the voice where you can already hear “Mista J” roll off the tongue. And with Academy Award winner Jared Leto as The Joker, the potential for sensually depraved chemistry is there. 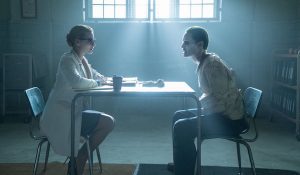 A lot of the plot is still kept under wraps for this film, but we do know that The Joker is not technically a member of the Suicide Squad, whereas Harley Quinn is. The Joker may be the adversary or accomplice to the group; either should invite some interactions between Joker and Harley. If the tone of the film (slightly limited by a PG-13 rating) matches what has been shown in the trailers, we could get the horribly entertaining back-and-forth of the two found in the comics. Unlike Batman: The Animated Series, where Joker and Harley added levity to an otherwise dark kids show, this film has David Ayer directing who brings gritty realism to his work. But again, if the trailers are any indication, it seems like Robbie and Leto are having fun with their roles and should sparkle whenever they share the screen.

We also get some quick glimpses of what must be the origin of Harley Quinn, even getting shots of Robbie as Dr. Quinzel. These could very well be flashbacks integrated throughout the narrative, but they assure the promise of Harley and Joker together. While these two are fully realised characters who can stand on their own, the partnership of them is too rich to not use. As the abusive relationship, taken in the context of comic book characters, they love each other, they hate each other. When they’re not disgusting in their PDA, they’re at each other’s throats. Even when Harley succeeds at furthering The Joker’s plan or trapping Batman, he’s outraged she would steal his spotlight. If the comparison of watching a car crash was ever truly applicable, it would be for Joker and Harley Quinn. Except they are the car crash that never ends, and never cease to entertain.

Are you excited to see Harley Quinn on screen? Will Margot Robbie do the role justice? Let us know in the comments section or on Twitter!