Home » Who Did It Better? Part 1: The 8 Best Improved Portrayals of Superheroes 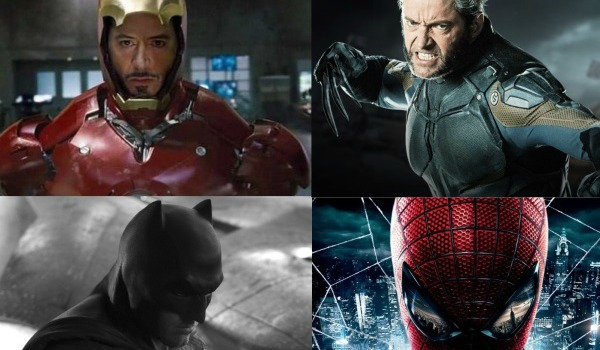 We have had years of superhero movies and countless portrayals of characters. Some were less than desirable, some were campy and some were downright amazing. After researching thoroughly, I’ve complied two lists. One for good guys and one for bad guys. I chose these eight best improved portrayals from popular opinion and my own.  Actors sometimes have a hard time becoming the superhero that they were chosen to play. It might have been a good choice at the current moment, but in hindsight, it was not so much. Playing beloved superheroes can be a trying task, especially when you are trying to please a huge fan-base, who obsessively observe and criticize with sharp tongues and sharper words. The eight best improved portrayals of superheroes: 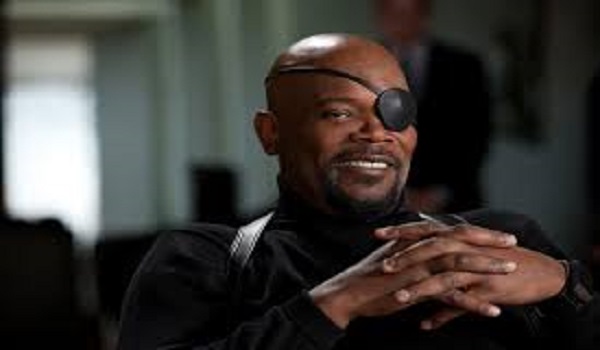 Nick Fury is the epitome of a military man. He is for the good of the country and the world through and through, damn the consequences. Traditionally, Nick Fury was a grizzly one-eyed white man, but in Marvel’s Ultimates , Nick Fury was a one-eyed black man who was based on of Samuel L. Jackson.

David Hasselhoff originally played the one-eyed military man in Nick Fury: Agent of S.H.I.E.L.D. television movie (1998), which of course I had not known existed prior to this article because it was not that… good. I’m sure the thought process behind casting a known figure like Hasselhoff was supposed to promote the television movie.

But the Marvel Studios launched the Marvel Cinematic Universe and introduced Samuel L. Jackson as Nick Fury. And it was like the heavens were singing. I am slightly bias because Jackson is one of my favourite actors. The Nick Fury in the MCU was based on the Ultimate Nick Fury and therefore, it was basically a perfect fit. 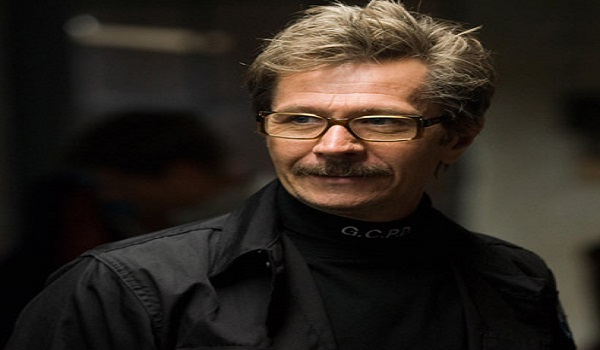 Commissioner Gordon is one of the most important characters in the Batman franchise. He is often an ally of Batman, a good source of aid and information. With the many Batman series and movies, naturally Commissioner Gordon had to be in it.

Pat Hingle played the Commissioner in Batman, Batman Returns, and Batman Forever. He did a decent job as the Commissioner. He started off wanting to arrest Batman because the fact that vigilantism is illegal, but in the end began to rely on Batman. The character was not dynamic.

However, one of my favourite things about The Dark Knight trilogy was Gary Oldman as Commissioner James Gordon. The said trilogy was as much Gordon’s story as it was Batman’s. I think that Oldman’s Gordon was much more authoritative but also that the conflict between his job as police commissioner and believing in what Batman was doing was very hard on him. His hands were tied at the end of The Dark Knight. 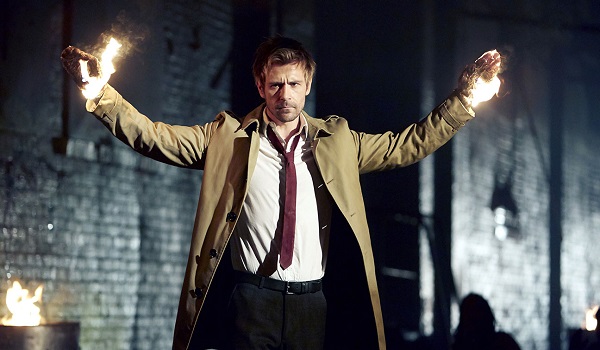 We can blame 2005’s Constantine on the licensing deals done by Marvel to try to make money after the 1996 bankruptcy. Keanu Reeves was probably chosen to get people into the movies, considering his popularity then. But John Constantine, the Hellblazer, was always a British chain-smoking smart-mouth con-artist and dabbler in the dark arts. To purists, Reeves was not the best choice, considering there was no accent to hear, he had dark hair and didn’t smoke in the movie.

While CBS’s ill-fated Constantine only lasted one season, Matt Ryan was a better choice to play our favourite sorcerer. Considering the fact that the show was on a prime-time network, Constantine’s chain-smoking was barely there, but Ryan’s Constantine was every bit the con-artist and harsh man as in the comics. 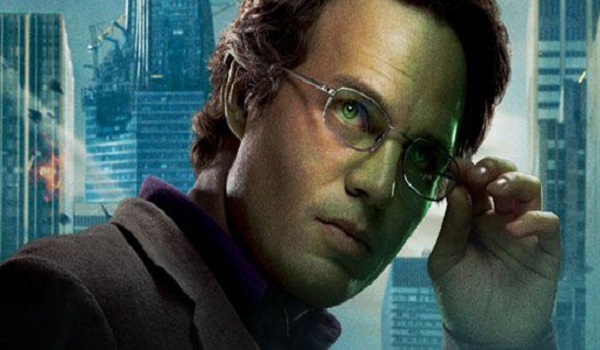 Every portrayal of the Hulk and Bruce Banner only gets better every time the actor changed. While most people didn’t like 2003’s Hulk and rather forgot it existed, Eric Bana did an okay job as mild-mannered Dr. Bruce Banner, who hid a horrendous temper.

Edward Norton as Bruce Banner/Hulk in 2008’s Incredible Hulk was even better. Bruce’s angst was completely played up and Norton did a great job in that regard, especially with Bruce Banner’s whole Jekyll-Hyde situation.

But it was Mark Ruffalo’s Bruce Banner/Hulk that debuted in The Avengers and stayed in Avengers: Age of Ultron. Ruffalo’s Bruce was unassuming, always angry though as we find out. In the two movies, we are reminded that Bruce is a scientist and a thoughtful man, but dangerous as the Hulk. 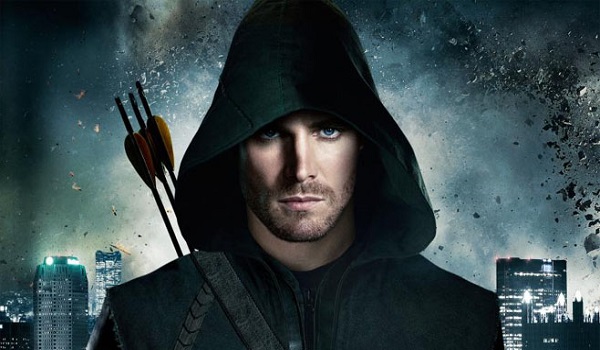 In the TV series, Smallville, Clark Kent (played by Tom Welling) eventually befriended playboy billionaire and part-time vigilante Oliver Queen. Justin Hartley‘s Oliver Queen was blah.  I mean, it was not bad, but it was not good.  It was more like he was written to be Clark’s superhero buddy and there was not much room character development for him.

Stephen Amell‘s Oliver Queen is always changing, always learning from his past and his mistakes to make better choices. Even though I don’t watch Arrow (blasphemy, I know, everyone tells me that I need to watch it), every time I just so happen by an episode (mostly if it related to Flash), there’s always something new going on with Amell as Oliver. 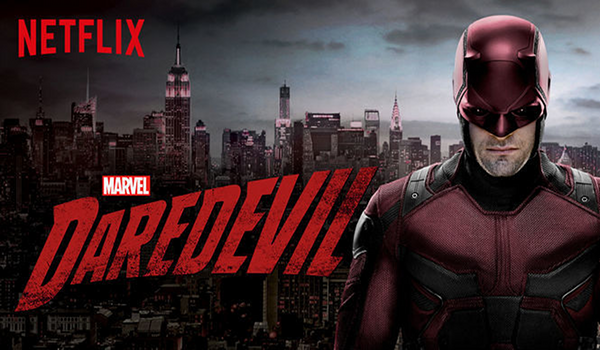 The Daredevil movie was a let-down. Ben Affleck was a bland Matt Murdock/Daredevil. It was just poor choices all around in that movie, especially for Elektra. They tried, though.  Like I said before, this is what happens when Marvel didn’t have complete creative control over their properties in movies because of licensing deals.

Charlie Cox is an awesome Daredevil, in the Netflix series based on the same name. This time, it’s set within the confines of the MCU (which includes the movies, two television shows, and a bunch of Netflix series). Cox’s Daredevil is much more believable as a blind vigilante than Affleck’s. 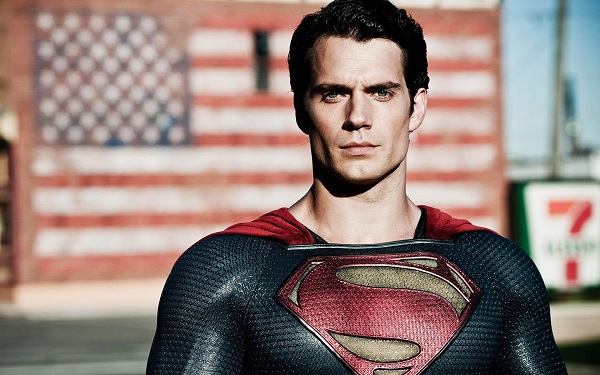 Superman Returns was another one of those superhero movie let downs. It was boring as hell. I figured the plot out in like four seconds. Brandon Routh was not a good pick to play the Man of Steel himself, Superman. It was like the studio just didn’t care at that point, they just wanted to make money off of Superman. Routh is better as the Atom/Ray Palmer in the CW series.

I like the Henry Cavill Superman/Clark Kent, even if others don’t. While Man of Steel had its problems, Cavill is not only a good Superman, but also a believable Clark Kent, which is important to me. I think the way that Cavill’s Superman is conflicted constantly about his powers and his place in the world is something everyone can understand. He can play both sides of the Man of Steel, which is an A in my book. 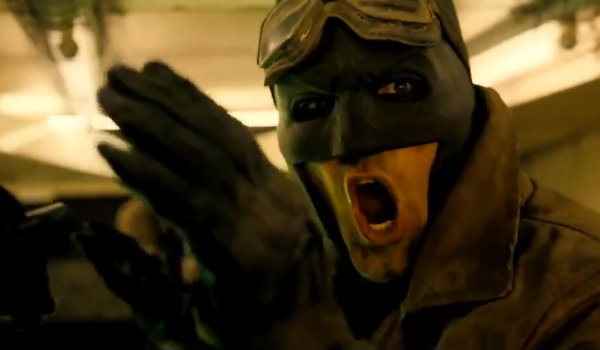 I liked The Dark Knight trilogy but not because of Batman. I liked Commissioner Gordon, Heath Ledger‘s The Joker, and the other characters. Christian Bale was not a good Batman. He relied on brute force, instead of his mind. He’s supposed to be the World’s Greatest Detective. He was careless with people, which caused more problems. He was a good young-ish Bruce Wayne, though.

Ben Affleck was a better Batman and a great older Bruce Wayne. But he was also playing a very different kind of Batman. Affleck’s Batman was already years into the whole vigilante business and had long since been jaded by it.  In Batman v Superman: Dawn of Justice, Affleck’s Batman’s clouded judgement from his grief about losing the people in his building in Metropolis in Man of Steel caused his actions.  Since the premier of the Justice League movie trailer, I have hope that Affleck’s Batman will have some character development.

Superheroes when done right are just the best. Superheroes done wrong, well, get the pitch-forks and scathing reviews ready. With a lot more movies in the works, there are bound to be others characters portrayed better than the last time they were on-screen (any kind).

What do you think? Did you not agree with anything? Or didn’t like Affleck as Batman, or Cavill as Superman? Let us know. Sound off in the comments or send us your thoughts on Twitter!