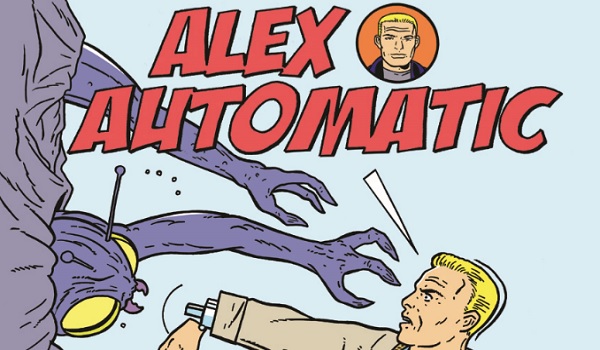 The Kickstarter campaign is live! Alex Automatic is written by Fraser Campbell, with art by James Corcoran, colour art by David B. Cooper and lettering/design by Colin Bell.

Alex Automatic is about a Government agent called Alex Anderson. Subjected to an illegal experimental programme, Alex has knowledge and even skills grafted into his brain for specific missions. He’s the perfect agent; docile, efficient, re-writable. However, the process has left Alex so unstable he has become trapped in a fractured delusion, believing that he is a robot spy from a 70s TV show called Alex Automatic.

Extremely volatile and dangerous, he is held in stasis in a secure Government facility. However, two well-meaning journalists find out about him and break him out, thinking their getting a great story and doing him a favour. They soon realise they have no idea what they’ve unleashed. 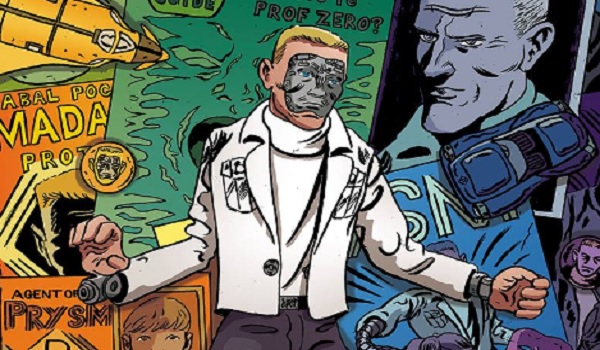 “James and I were talking about working together and we got into how much we loved old Gerry Anderson TV Century 21 shows like Thunderbirds and Joe 90 and the ITC shows like The Prisoner, Danger Man and Department S,” says writer Fraser Campbell. “It soon snowballed into combining the innocent fun of these shows with the far more sinister story of a broken, dangerous man, living inside the delusion that he is a TV robot super-spy a odds with a mysterious organisation called PRYSM. If you enjoy stuff like The Prisoner, Steed & Mrs. Peel or The Saint but also love comics like Miracle Man, Casanova or The Invisibles, this should be right up your alley.”

The Kickstarter runs for the standard 30 days and has a target of £1,400 which will be used to cover printing costs. There are a variety of pledge levels ranging from a digital PDF of the comic to levels offering the original art for the cover of the comic. The Kickstarter features exclusively priced treats like an Alex Automatic print by the legendary Shaky Kane plus variant covers by Nick Pitarra (Manhattan Projects), Alisdair Wood (Horrere) and Iain Laurie (And Then Emily Was Gone).

Pledge fulfillment will begin in November 2016.

Fraser Campbell: Fraser is the writer of comics Sleeping Dogs, Black Cape and Mothwicke. He has also written extensively for radio and stage. Death Sentence creator Monty Nero praised Sleeping Dogs on its release in November 2015 as “The best thing I read at Thought Bubble” and labelled the creative team “Talents to watch.”

James Corcoran: James debuts his vast talents in Alex Automatic, his first long-form comic work. His signature, quintessentially British illustration style is evocative not only of the stalwart classic UK comics of old, but of the many European comic masters he holds in high regard.

David B. Cooper: David is a cartoonist and colourist from Glasgow, with professional credits that include Image Comics. he recently got to stand next to the Batmobile and is unsurprisingly still a bit giddy.

Colin Bell: Colin Bell has worked extensively in comics as a letterer for Dark Horse, Boom! Studios and Image Comics. He is also the writer of award winning all-ages comic Dungeon Fun.