Halloween is here! Marvel has a lot of creepy, scary characters. It’s just a lot of them are pretty minor characters, except of course for characters like Carnage and Venom. Honestly, these Marvel characters freak me out a bit more than the DC characters (sans the Joker, who will always remain the scariest comic book character from the Big Two Comics in my opinion).

In honour of the Halloween season, let’s countdown some of Marvel’s spookiest characters! 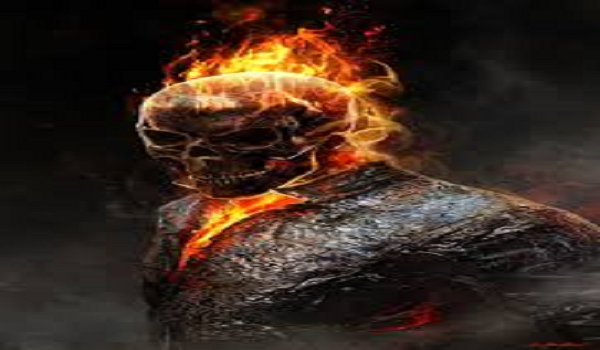 Johnny Blaze Ghost Ride sold his soul to Mephisto, Marvel’s version of the devil, to save his adopted dad’s life from cancer. However, said adopted dad still died while doing a stunt. Johnny Blaze was furious that Mephisto tricked him and confronted the devil. Unknowingly though, after Roxanne saved him thanks to pure love, Johnny Blaze was bonded with the demon Zarathos. He became Ghost Rider to punish the wicked and the evil upon Mephisto’s demands. Johnny Blaze, on demand, would turn into Ghost Rider to punish the evil. The flaming skeleton riding a motorcycle of vengeance…yeah, not scary at all (sarcasm). 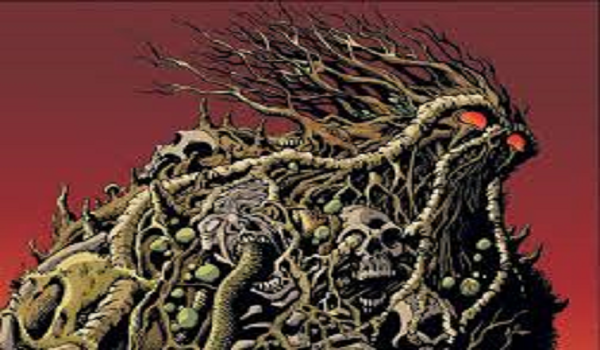 Literally almost the same character as DC’s Swamp Thing (Man-Thing came first, though), Man-Thing is a hero and a good guy.  He’s a humanoid swamp monster living in the Florida Everglades near the Seminole reservation. Man-Thing’s very large and slow-moving too. He’s an empath too, which means that he can tell who is evil and who isn’t. Evil hurts him.  He’s enraged by fear and secretes a poisonous chemical which can burn human flesh (even if it’s not on purpose) (and it’s also mystically or something). There is a fear of Man-Thing because of his looks and the fact that he can burn you if you feel fear. 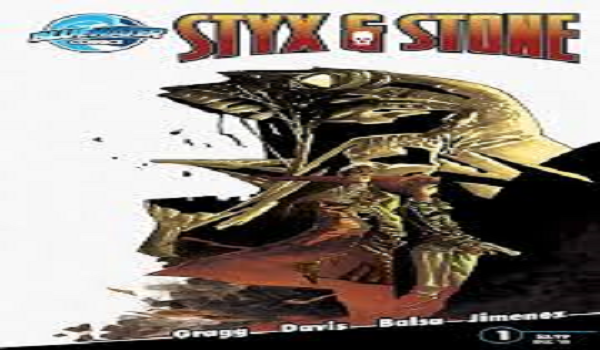 Styx is this freaking minor character in the Spider-Man’s bad guys’ gallery. Styx can kill anything organic in seconds.  His fingers can grow longer to increase his range. That’s super creepy. You can die in two seconds from just one tough–disintegration. That’s rough. 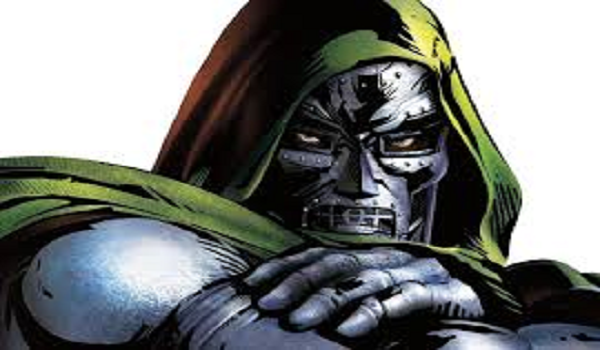 Dr. Victor Von Doom is a constant enemy of the Fantastic Four and arch-nemesis to Dr. Reed Richards. He’s the tyrant king of Latveria. He’s not only a genius scientist but also a skilled sorcerer. (Woo, what a thing). He wears a metal face-mask because he has a tiny scar on his cheek and he’s a super perfectionist. Doom hates Reed Richards with the passion of ten thousand suns and will do anything to defeat him. Doom also annoyingly talks in third person. He’s dangerous because not only does he has diplomatic immunity (he’s the absolute monarch of a legit nation-state), but he’s that damn smart and wants to take over the world. He probably could manage if it was not so arrogant. 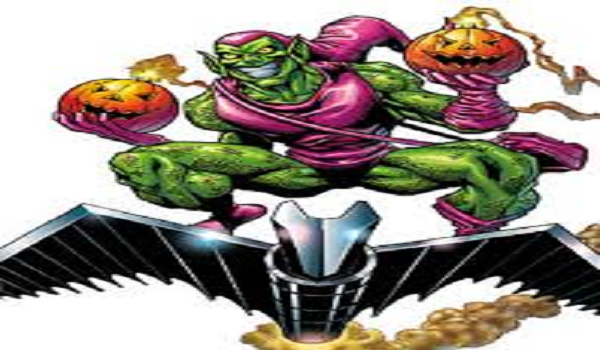 The origin of Norman Osborne Green Goblin varies—he always had homicidal tendencies and became the Green Goblin to be the boss of the city’s organized crime or there was some Goblin serum that made him lose his mind and descend into madness or a mix of both. Goblin is one of Spider-Man’s ultimate enemies. Green Goblin killed Gwen Stacy in that infamous bridge scene. Green Goblin is very intelligent, super-strong, and very insane. He’s scary in his unpredictability and hatred of Spider-Man (and the knowledge of who Spidey really is). 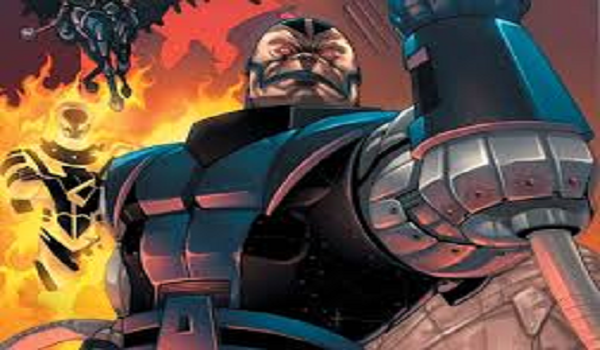 Apocalypse is the world’s very first mutant and one of the most powerful.  This was the guy who traversed the world convincing ancients that he was a deity and created the concept of holy wars. He’s the guy who can set off a literal end of the world scenario. Apocalypse is immortal.

Here’s a list of his powers: total control over the molecules of his body enabling him to alter his form as it suits him (sounds like Ms. Marvel, Kamala Khan); can therefore transform limbs into wings, weapons, etc.; he can project and absorb energy, technopathy (able to interface with technologies at his disposal…i.e. Iron Man on Extremis). He’s super intelligent (like Dr. Doom and Mr. Fantastic) and a scientific genius in technology, physics, engineering, genetics and biology. He knows Celestial technology. He’s a demagogue and a master strategist. HIS BLOOD can heal other mutants but fatal for humans. 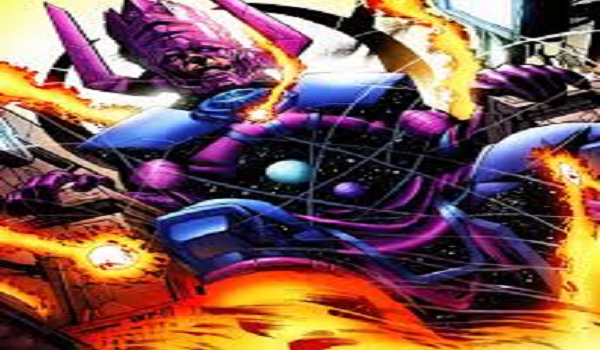 Galactus is a cosmic entity that devours entire planets and who has a fixation on Earth and are we not glad for the superheroes that fend him off? Apocalypse is the first and oldest entity in the universe and wields cosmic energy (the Power Cosmic) to do: size alteration, the transmutation of matter, the teleportation of objects across space, the creation of force ﬁelds and inter-dimensional portals. In addition, he also has telepathy, telekinesis, universal cosmic awareness, the creation of life, resurrection, manipulating souls, memories and emotions, recreating dead worlds in every detail (including utterly convincing illusions of their entire populations), and energy projection.

There is more that he can do.  It is like a fraction of what he can do.  He’s not actually evil.  He’s a Celestial being (i.e. he’s God…he’s called the Lightbringer man, seriously). 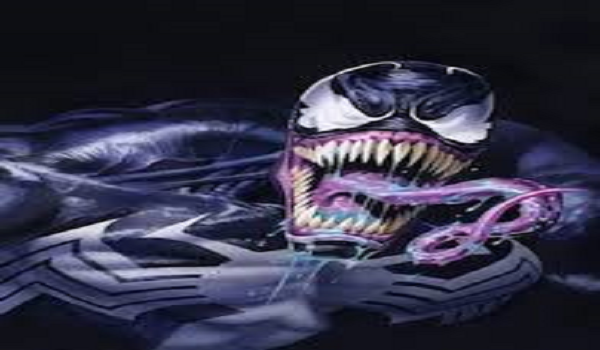 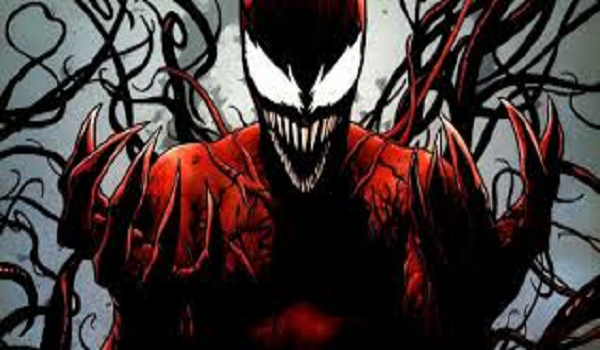 If Venom is one of Spider-Man’s greatest nightmares, then Carnage is its terrible, psychotic older brother of a nightmare. The Carnage Symbiote is actually the offspring of the Venom one. It just so happened that when the Venom Symbiote came for Eddie Brock on Ryker’s Island, the Venom offspring was left because it was deemed insignificant by the Venom Symbiote. The new Symbiote bonded with serial killer Cletus Kasady (based on DC’s the Joker, actually) and created Carnage. Spidey had to team with Venom to take Carnage down, it was that bad.

Marvel’s group of scary characters are more horrifying than the worst of DC’s Batman’s villains. That’s just my opinion. The might of powers and intelligence in Marvel’s scariest and most insane characters is terrifying. Carnage scares me the most. But I don’t about the rest of you? What do you think? Sound off in the comments or send us your thoughts on Twitter!