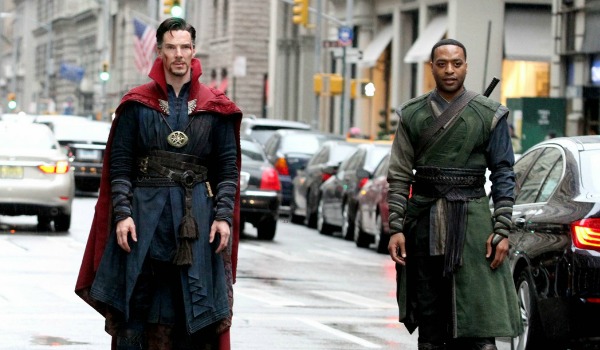 Of all the Doctor Strange characters to make their debut to the silver screen, Baron Mordo, portrayed by Chiwetel Ejiofor is by far the most interesting. This is simply because the trailers seem to portray an entirely new type of character to his portrayal in the comics.

Baron Mordo, or Karl Mordo, is, for all intended purposes, a supervillain. In the comics he’s essentially a fallen pupil having trained under the Ancient One but delving into the darker side of magic. Eventually he plans to kill the Ancient One due to jealousy as the Ancient One begins to protect Stephen Strange. But his plots are foiled by Doctor Strange who will eventually become the Ancient One’s successor and the next Sorcerer Supreme. From there on in, it’s an ongoing battle between the two.

Based on the trailers that have been released thus far, Baron Mordo seems absolutely nothing like this. While it’s possible his character may eventually develop into a foil for Doctor Strange in the far future, for now, he seems to be clearly an ally. He’s seen standing side by side with Doctor Strange during what appears to be major battle scenes. And he even seems to have a sense of humour.

There are aspects to his character that do seem to carry over from the comics. For one, he seems to be doubtful of Doctor Strange becoming the next Sorcerer Supreme. In fact, it does appear as though he could potentially be jealous of Strange at first since he appears to be the Ancient One’s star pupil until Strange comes along. From there on in, it appears Strange and Mordo will have a constant struggle with one another as Strange begins his training. However, as danger looms, the two will most likely settle their differences and become allies in addition to gaining respect for one another along the way.

For all we know, there could be a sudden twist in which it is revealed Mordo as a villain hiding in the shadows. But, that honestly doesn’t seem likely. It’s possible his jealously may lead him to be swayed by the main villain but even then it appears to be a stretch based on what we’ve seen so far. Karl Mordo is seemingly going to be Doctor Strange’s right hand man which will be an interesting take on the character. It’ll give us something we’ve never seen and a relationship we’ve never seen. It will also allow Doctor Strange to have a comrade in upcoming Marvel films.

Regardless of Baron Mordo’s ultimate role in this film, we’re positive he’ll kick some serious butt. Again, since most of his origin focuses on the idea that he delves in black magic, it’ll be interesting to see what sort of powers and skills the film ultimately decides to give him. And we can’t wait to see it.

What do you think Baron Mordo’s role will be in the upcoming Doctor Strange? Share your thoughts in the comments below or on Twitter!