Home » FOX’s Rumoured X-Men Reboot: What’s It All About? 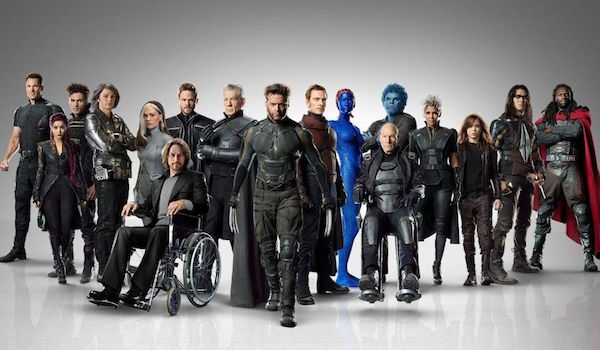 It can hardly have come as a surprise to anyone when rumours started circling that FOX would reboot the X-Men franchise, as that seem to have become something of a favourite hobby of theirs (Fantastic Four, anyone?). Maybe you reacted to this news by jumping up and down or, if you’re anything like me, you gave out a big, fat yawn. But before I get carried away with what this could mean for us fans, let’s see what might have gotten this rumour rolling in the first place.

It all started way back when, in the 1990s to be exact, with a comic book company on the brink of bankruptcy. In order to save it from going under, its management decided (reluctantly, we can only imagine) to part with some of its characters. So they sold the live action rights to some of the big glossy Hollywood studios out there, who undoubtedly saw the money making potential in acquiring one or several of these iconic superheroes. Remember, this was before Marvel had a fancy production studio of their own. Whereas Spider-Man went to Sony, the X-Men and Fantastic Four (among others) went to FOX. And although the quality of some of their efforts can be discussed, I don’t think anyone can argue against the fact that it was Bryan Singer‘s X-Men that, almost 17 years ago (!), set off the superhero movie franchise craze.

Even though FOX now has sole use of the X-Men on screen, there are some rather complicated clauses in the agreement. I will not even attempt to pretend to understand the politics behind movie making, but I think anyone who has been the least bit involved in the process can testify to that it mainly comes down to one thing: money. FOX need to release a X-Men related movie within a certain number of years, or else the rights revert back to Marvel (who, since having been bought by Disney, now has a pretty decent budget of their own). With the release of X-Men: Apocalypse, FOX had hoped for some slightly bigger earnings (although the figures were high compared to previous X-Men films, it made around $200 million less than its prequel, X-Men: Days of Future Past). That can however have been down to the fact that its release was ill-timed, and was overshadowed by other superhero blockbusters like Captain America: Civil War. Nevertheless, this probably triggered FOX’s idea of a complete reboot, which might have been fuelled further by some of the franchise’s biggest stars reaching the end of their contracts (Jennifer Lawrence, Michael Fassbender, James McAvoy and Nicholas Hoult).

Perhaps even more significantly, next year’s Logan will be the last we get to see of Hugh Jackman as our beloved Wolverine. Sadly for FOX things are looking a little shaky with a couple of their other upcoming films. Deadpool 2 and Gambit have both lost their directors (don’t worry, they’re still alive), causing major delays in production, despite Deadpool 2 now gaining John Wick director David Leitch. So what is the studio to do? Try it all over again with an already established franchise, it seems. They’ve done it before, multiple times. With varying degrees of success.

How a reboot would sit with the fans is up for debate, but there’s no denying it would have its benefits. For instance, maybe they finally could straighten that timeline mess out if they start from scratch. And I won’t deny there’s a part of me that is dying to see what they would do with the Phoenix Force. There are of course numerous directions a reboot could take, but come on – a franchise needs to end at some point, right? It has been suggested that writer/producer Simon Kinberg is already working on a script, but it looks highly unlikely that Bryan Singer could be convinced to take the chair again. Personally, I have grown rather fond of the X-Men we know (well, at least some of them) and would not be particularly keen on a whole new team. We had plenty of new faces in Apocalypse to satisfy that need. Besides, you could argue that the whole series has been rebooted once already. Even if Lawrence et al. renewed their contracts, where could the story go?

One of the things most people can probably agree on when it comes to Apocalypse, is that it tied up pretty well. So what many of us are wondering is, why don’t FOX just strike a deal with Marvel, a la Sony? Meaning the studios could reach an agreement which would allow the characters to crossover into the MCU. It would be pretty spectacular seeing the X-Men alongside the Avengers, or at least living in the same universe. On paper they’ve coexisted for over 50 years, isn’t it about time we brought them together on screen too? Naturally that comes with quite a few problems of its own, whereas one of the more obvious ones would be what to do with Scarlet Witch and Quicksilver. Historically, the two have been on both teams – but Marvel and FOX have given them different origin stories (since the latter also has sole rights to the word “mutant”- weird, I know). And I don’t think I could forgive them if they wrote off Evan Peters’ Quicksilver completely. But with such a huge team of creative geniuses, surely they must be able to come up with a solution? That said, there are also some rumours going around that FOX is thinking of a new TV series focusing on young mutants, which does sound much more enticing than a complete reboot of the movie franchise – to my ears at least.

Writing this it dawns on me just how many superhero movies and TV shows there are out there at the moment, and if the studios don’t try something different, as well as work on their timing and marketing, it seems inevitable that many of the newcomers will just fall through the cracks.

What are your thoughts on a possible new X-Men franchise? Do you think FOX should team up with Marvel or are they (and we) better off focusing their efforts on a reboot? Sound off in the comments or send us your thoughts on Twitter!