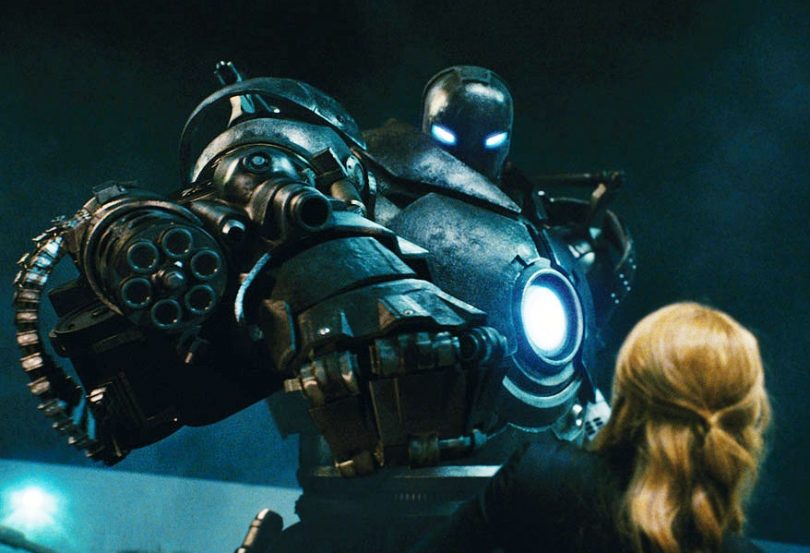 With each exciting new installment of the Marvel Cinematic Universe, there are certain traits we loyal viewers have come to expect – an origin story, post-credit scenes, etc. But one unfortunate trait that lingers is the presence of boring, repetitive villain. Seriously, while most of our heroes have been dynamic, a majority of the antagonists in the films are as dull as watching paint dry. Either evil corporate men or generic badguys who want to bring about the end of the world for some dumb reason, we really need some fun badguys beyond the occasional rare flash of inspiration that is Loki.

In this list, we’ll rank the major badguys from the Marvel films from worst to best in terms of how interesting they are as actual characters. Because there are so many badguys including minions, we shall only be featuring the central antagonists from each movie. So, sorry Trevor Slattery fans.

And yes, this will include the latest addition from Doctor Strange so this list may contain minor spoilers. 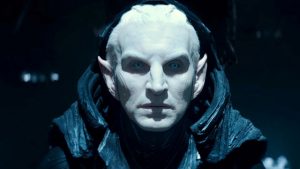 Accursed indeed. Why, oh, why did they cast Christopher Eccleston as such a vapid character. Malekith is the bad guy of Thor: The Dark World, King of the Dark Elves, and, well, boring. We are supposed to feel sorry for him because he lost his entire civilization to a war…and he’s played by a former Doctor Who star. Coincidence? But why should we feel sorry for him, when he used the Aether to blow up his own planet to begin with and then blamed it on the Asgardians as an excuse to destroy the universe through a planetary alignment. The only thing of worth Malekith did was murder Thor’s charming mother Frigga, and then died himself in dull fashion. Sure, the Dark Elves have cool weapons but that is not enough to praise this bland character. 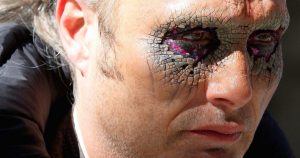 So, Doctor Strange was a pretty epic movie, but like a lot of the other MCU films, it has a boring bad guy. Our villain for the spellbinding adventure is Kaecilius, played by Mads Mikkelsen, who I have never really found to be a very expressive actor and it unfortunately carries over here. A rogue sorcerer who is out to destroy the Ancient One because spoilers, this badguy is so one-note he only has a sentence worth on Wikipedia. Mikkelsen does provide the occasional bit of humour, and his character’s magical powers are cool, but Kaecilius is just bland despite his importance to the plot. However, there was something that I may have missed, so perhaps watching Doctor Strange again may change my opinion on him. And what is with the evil eye shadow? What a strange way to show you are corrupt. 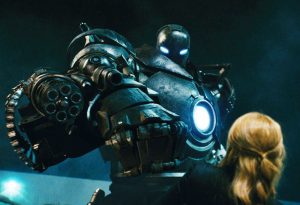 The first major villain to be featured in the MCU via Iron Man, Obadiah Stane aka Iron Monger, is so stereotypical of an antagonist, he feels like he was ripped straight out of an episode of Captain Planet. Not only is he an evil industrialist, but he is also a sinister bald man. Sure, he’s played by Jeff Bridges, but Obadiah leaves little impact until he puts on the Iron Monger suit – he’s just a bigger Iron Man. I suppose when you work with Robert Downey Jr., it can be difficult to stand out, but it is even harder when the character you are playing is virtually every James Bond villain all rolled into one with all the interesting elements left out. 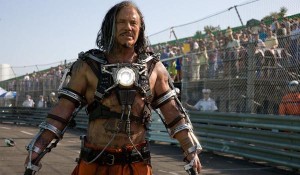 Ivan Vanko has a lot of going for him as a character. He is a sympathetic villain, he has his cool electro-whips, owns a pet bird, and is played by Mickey Rourke. The combination of two villains, Whiplash and Crimson Dynamo, Vanko wants to destroy Tony Stark’s legacy after Howard Stark left his own dad Anton to live in squalor. However, Vanko’s story is sadly buried under a lot of the pacing problems of Iron Man 2 which spent most of its time building up The Avengers. Vanko does offer some cool fight scenes, and while underplayed, at least he wasn’t Justin Hammer. Yeesh.

I really, really wanted to put Trevor Slattery on this list, but since his character was just a scapegoat for the real antagonist of Iron Man 3, he doesn’t count. Instead we have the “real” Mandarin, Aldrich Killian, owner of a think tank and creator of the Extremis virus, able to heal disabilities but also comes with side effects that include superpowers, insanity, and a strange need to want to wipe out the USA. Humiliated by Stark, Aldrich becomes Iron Man’s worst nightmare of sorts. However, Killian’s fun as a character is restricted to his powers and cartoonish villainy. His evil plot is both vague and complex, and, again, why make him the main villain when you have Ben Kingsley hamming it up? 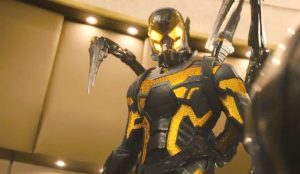 Yellowjacket, the villain of Ant-Man, is essentially a younger version of Obadiah Stane. He is an evil, psychotic industrialist, is bald, and later fights our hero as an evil counterpart with a matching robotic uniform. Darren Cross, played by Corey Stoll, is the former protégé of Hank Pym steals his technology to make his own, works for HYDRA, and is cruel to little lambs. Thankfully, Ant-Man is such a fun movie that it allows you to look past how bland a villain Yellowjacket is, and his hilarious battle against Ant-Man in Cassie’s bedroom is one of the highlights of the movie. 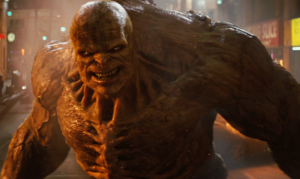 Okay, okay, Abomination is just an evil version of the Hulk but at least he is fun compared to half the nitwits on this list. Though Emil Blonsky doesn’t fully become the Abomination until the third act of The Incredible Hulk, his transformation occurs over the course the film. Officially the third creation of the super soldier project that created Captain America, Blonsky is pretty badass for a character, eager for a fight and gets a lot of high marks for memorable scenes. I love it when he walks up to the Hulk and challenges him. Another great moment comes when he forces Samuel Sterns to replicate the process that created the Hulk, with Sterns uttering the immortal line of “The mixture could be an abomination.” Abomination himself looks like a Mutant from Fallout conceived with a Stegosaurus, but the fight between him and Hulk is awesome. 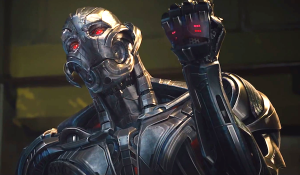 Ultron manages to squeeze his way this high up as a character who is both good and bad. I have remained perplexed by Ultron’s origins in Avengers: Age of Ultron – was he created by Stark or does he originate from the Mind Gem? His evil goals are also a bit cliché: humans being evil and must be exterminated – a decision he reached by spending around thirty seconds on the internet. Must’ve gone on 4chan. However, Ultron is a likeable character, the antithesis of Iron Man, based on his darker aspects and wanting to put a shield around the world by wiping out those he was designed to protect. I also love the evil Pinocchio vibes that the trailers built up around him, Ultron’s relationship with the Maximoffs, James Spader is clearly having a blast, and I liked the necessity to completely wipe out Ultron to make sure he can’t replicate himself again.

Ronan the Accuser may not the most memorable aspect of Guardians of the Galaxy, but I quite like the character. A radical Kree who wants to burn Xandar to ashes for the persecution of his people, Ronan teams up with Thanos to obtain one of the Infinity Stones to achieve his goal. Lee Pace is pretty epic as Ronan, emphasizing the villain’s madness, believing himself to be a messiah of sorts. Kind of like an uber-extreme, alien version of the Punisher. Plus, he has his cool spacecraft, that giant hammer, can kick Drax’s ass, and I love his “dance off” against the Guardians of the Galaxy. I do particularly like his introduction as well, one that is very quiet, tense, and foreboding. 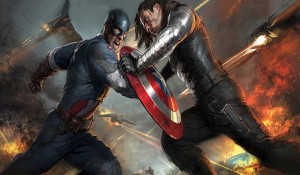 One of the few tragic villains introduced in Marvel, the Winter Soldier is the deadly assassin of HYDRA, and yet isn’t really a major focus in Captain America: The Winter Soldier. Sure, he nearly kills Nick Fury and has those kickass moments when he catches Captain America’s shield, but it isn’t until he is unmasked as Bucky Barnes does his character become interesting. Going from the valiant best friend of the Star Spangled Man to a tragic, cybernetic killer with no say or control of his own life and destiny, Bucky has done a lot of bad things. This carries over to Captain America: Civil War, where Bucky’s return only causes the rift between the Avengers to grow wider and we learn the full extent of his biggest crime.

This is the guy who brought down the Avengers. Not Loki, not Ultron, but a normal guy who happens to be both a manipulative genius and from Sokovia. While Helmut Zemo is very different from his comic book counterpart, he still makes an effective villain. Through manipulations, murder, and the acquisition of a little red book, Zemo effectively destroys the Avengers from the inside out. Though not the most interesting in terms of personality, Zemo is the embodiment of the Avengers’ failures, and succeeds where gods and killer robots have failed. Also he is quite sympathetic when you learn of his story. 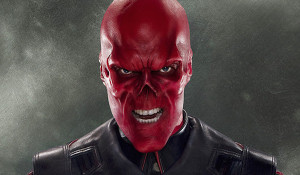 The Red Skull makes it up this high just for being despicably evil. This guy is so bad he apparently was too evil for the Nazis. Head of the Nazi’s science division HYDRA, Johann Schmidt made his mission to wipe out the world, including Nazi Germany, and usher in a new age upon the wings of the Valkyrie. He is also the first test subject for the super serum that created Captain America. Hugo Weaving is wickedly fun, portraying the character as calm and confident, even when the odds are against. Red Skull does appear to get killed at the end of Captain America: The First Avenger, but I think he isn’t gone, seeming blasted up into space by the Tesseract. 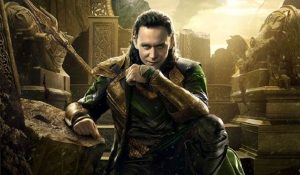 Well, who else was it going to be? The Norse God of Mischief himself is perhaps the most popular character in the MCU. Anti-hero, anti-villain, outright villain, tragic monster, puny god, Loki has played a lot of roles, and remains delightfully mischievous. Tom Hiddleston is the breakout actor of the franchise, and is one of the few reasons people actually watched Thor: The Dark World. He is also the only villain in the MCU’s movies to have gained a good portion of character development.

It is debatable why the villains have been so poorly received and developed, and sometimes it can be hard to tell one from the other. I think most of Marvel’s best villains come from X-Men and Spider-Man, and we’ve only gained access to the latter’s rogues gallery in the past year. In other areas of the MCU, villains featured in the TV shows have gained a whole lot of better characterization, since they have more time to flesh them out. If you are wondering where Thanos is, because he has had such little screentime, he has been left out of the list. However, in the little time he has appeared, his promises a lot of good times ahead.

Do you think we will ever get well-developed movie villains? Do you agree with this list? How would you rank it? Leave a comment below or on our Twitter feed.