Home » Top 6 Moments From the Rogue One Trailers 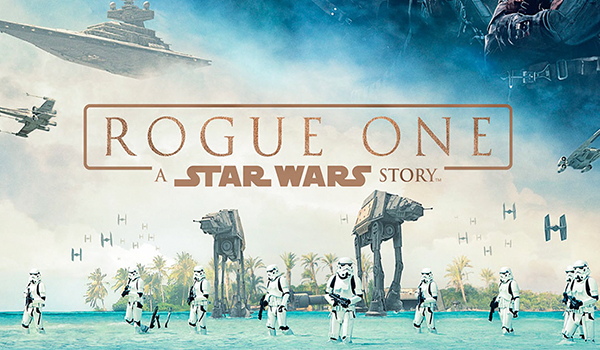 It is almost upon us. December 16th sees the release of the first Star Wars anthology film Rogue One: A Star Wars Story. If you are like me and are a huge Star Wars fan you have probably been counting down the days with eager anticipation and going over every new image, poster, and trailer while also having bought some of the merchandise. Here I will be looking at the Rogue One trailers that have been released and counting down the best moments from them. These are the moments that have excited me as a fan and raised my appetite for this film even more. With that let’s look at these moments that have filled us with wonder and thrilled us.

6. “Save the Rebellion! Save the Dream!” 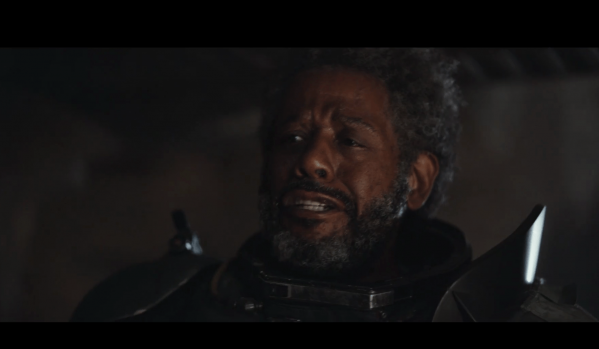 It is how the last trailer ended and creates a great rallying cry as we get ready to watch the film. The Rebel Alliance has always been the underdogs facing off against the Goliath that is the Empire. As is pointed out earlier in the trailer how can they stop the Empire if they have something like the Death Star at its disposal to use. Jyn replies they have hope which is all what rebellions need. This leads to a montage at the end of the struggle against the Empire as Saw yells out this rallying cry. It is a rousing moment and gives ones feelings that nothing is impossible and anything can be achieved which is exactly what one should feel about the Rebel Alliance.

5. The Death Star is Complete 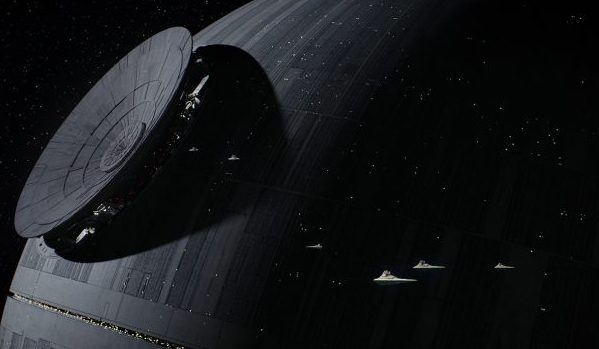 The very thing the heroes of this film are trying to destroy. The Death Star is one of the most iconic images of Star Wars and here we get a glimpse of it being constructed as the dish is lowered into it. It is an ominous image as we know exactly what that means, especially to a planet called Alderaan. It is a striking image seeing it being completed and reminds us of the stakes involved in this story. The use of the Star Destroyers is also a nice touch to remind us of the scale of this space station. 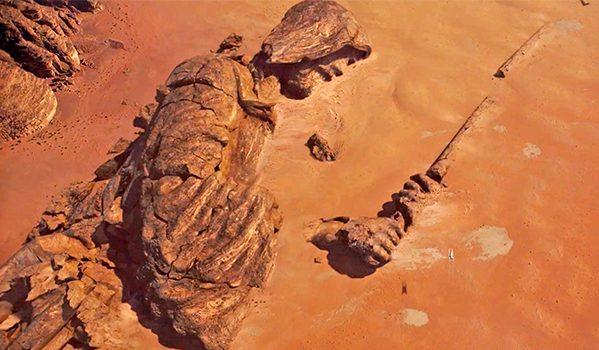 To quote Obi-Wan Kenobi: “For over a thousand generations, the Jedi Knights were the guardians of peace and justice in the Old Republic. Before the dark times, before the Empire.” As we zoom across Jedha we see a fallen Jedi statue in the desert. It is a haunting image and a reminder of the events of Order 66 and how the Empire came to power.  The Jedi were a huge part of the galaxy for thousands of years and virtually almost overnight they came close to being completely wiped out. It is a haunting and beautiful way to remind people of just how evil the Empire is and what it is capable of doing.

3. Jyn Faces Off With a TIE 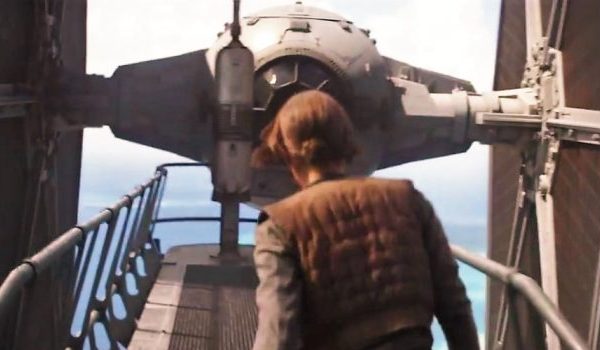 One of the biggest themes of the Star Wars saga is David vs. Goliath. The Rebels are small and vastly outmatched by the Empire. But they never give up and through their tenacity and smarts they find a way to take on such a massive foe. If there a moment in the trailers that sums that up in one image it is a determined Jyn facing off against a TIE fighter. This moment of this singular person going up such a fast and powerful fighter that could cut her to shreds in seconds perfectly represents the determination and hope the Rebels represents. That even against such tyranny one must never give up the fight. 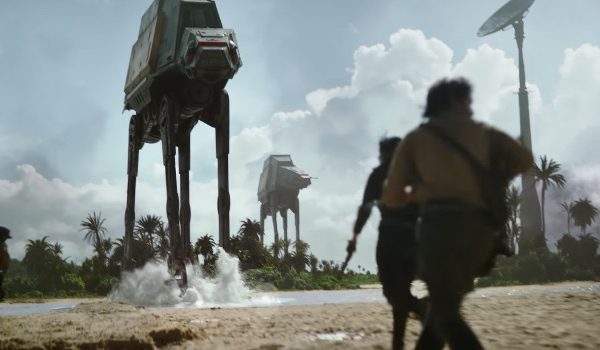 The Battle of Hoth in The Empire Strikes Backs is one of the most iconic sequences in not just a Star Wars film but film in general.  A huge part of that is the Imperial Walkers that with their size and ability to take all laser blasts as if they were nothing paints them as one of the most powerful weapons at the Empire’s disposal.  Seeing them in play here again is an exciting moment and the scene of people running against them gives it an even more desperate feel then the Hoth sequence. 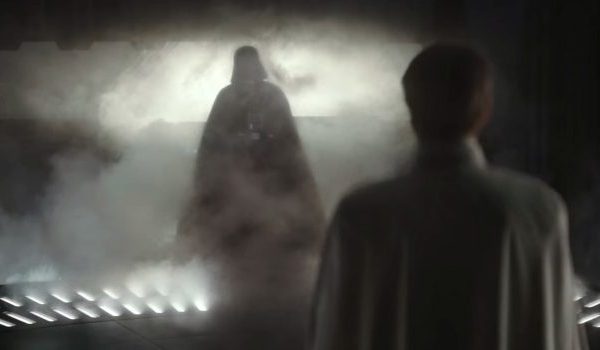 This is the moment that took my anticipation for Rogue One to eleven. Darth Vader is my favourite character in the Star Wars saga and one of my all time favorite characters. So bringing him back is one way to increase my already high fever for this film.

The initial tease of him from the back and hearing the breathing sound was enough to get people excited. But then there was this amazing shot in the last trailer of him coming out of the smoke that really got fans excited. Seeing him in action again, even for something that simple, is something we thought we would never see again and it was enough to cause a geekgasm. The return of the original Dark Lord of the Sith and one of the greatest villains of all time makes an already highly anticipated movie just that much more anticipated.

So there it is my list of the best moments of the Rogue One trailers. Everything I have seen from this film has looked amazing and December 16th can not get here fast enough. My expectations are sky-high but hopefully, like The Force Awakens last year, it will not only meet them but exceed them and end the year on a high note. Whatever happens it is a great time to be a Star Wars fan.

So what do you think of the list?  What are the moments in the trailers that have you excited for Rogue One?  Sound off in the comments or send us your thoughts on Twitter!