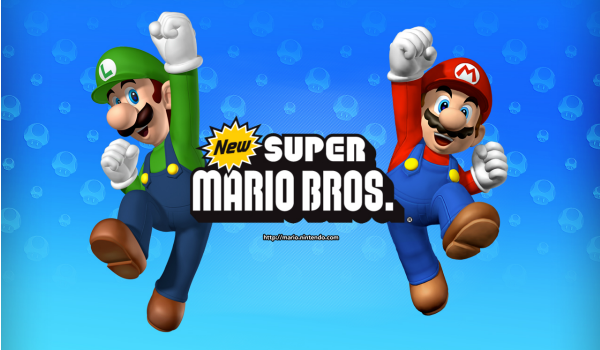 In today’s article attempting to construct and express ideas for another potential cinematic universe, we will be tackling onr of the most beloved video game franchises of all time – Super Mario Bros., Nintendo’s golden boy, and the greatest achievement of gaming god Shigeru Miyamoto. Now, I am not suggesting it serves as the starter point for a Nintendo cinematic universe, even though that would be awesome. However, since Super Smash Bros. can have all of the Nintendo characters crossing paths with little trouble, I don’t see why a film franchise couldn’t pull it off.

Again, we have to return to the old news that video game film adaptations seem doomed to be failures. Warcraft visually remained loyal to the video games but sacrificed a good story and characters to remain true, and the Ratchet & Clank film was described as being shallow despite being made by its original creators. Again, the few successfully video game films are still considered rare gems but riddled with problems, like Silent Hill and Mortal Kombat. Perhaps the most successful one is Wreck-It Ralph and that technically doesn’t even count. Plus, let us not forget Super Mario Bros. already had a film adaptation, the first in fact, and we all know how that turned out. But if someone gave it a go, perhaps we could get some good gaming movies at long last, beginning with the greatest game series in existence. Let’s a-go!

Mario has remained a ubiquitous, successful franchise because it has barely changed its gameplay, design, and characters for over thirty years. The world and games of Mario have always been colourful, playful, and childish in nature. Fun and fancy free if you will. The games have also managed to explore the Mushroom Kingdom and its inhabitants, though perhaps not the in-depth scale of other works in the fantasy genre. However, can this colourful, saccharine world be adapted to film without having to add a little spice to it? In other words, does it need to be slightly darkened to make it a little more appealing to the masses, or would they accept Super Mario Bros. as it as always has been.

The Mushroom Kingdom is a land that might need a little sense of realism if it were to fit in a live action setting – random floating bricks, warp pipes, everything has eyes. If necessary, certain elements of the games could be incorporated in action sequences. Like having walls getting smashed up in a fight, or an enclosed scene with the characters traversing a piping system and have to face Piranha Plants. However, you don’t necessarily have to explain how this world works. You knew everything in Harry Potter’s world is performed via magic, and The Lord of the Rings has a vast world that is presented via its visuals and use of mise-en-scène. The Mushroom Kingdom’s culture could be adapted in a similar light.

I can imagine the Koopas being technologically most advanced than the Toads, explaining Bowser’s weaponry and his flying hovercraft if he were to use it, while the Toads are more magically inclined. Obviously, Mario has a very close connection to Donkey Kong, but I think trying to shove the great ape into the initial film would be a bit of a push. The first film should solely focus on the core aspects of the story (which a Zelda film should also do). But what story could be told?

Well, we need Mario and Luigi, Princess Peach kinda needs to get kidnapped by Bowser, and the dynamic duo need to rescue her. However, I would make Peach a little bit more independent rather than acting like a shrill-voiced, air-headed nitwit who actually has come to be used to the constant kidnapping. Has she developed some kind of Stockholm Syndrome towards Bowser? For conflict, the main one should be between Mario and Luigi, a brotherly one at that. Let’s say rather than being born as babies in the Mushroom Kingdom as per the games, Mario and Luigi come from Brooklyn as working plumbers and somehow end up dragged into the Mushroom Kingdom and become the surprise saviours of the land.

What about that conflict? That can branch out from the known personality traits of the brothers – Mario is a heroic, adventurous guy, while Luigi is more of the cowardly, cautious type. Perfect duality there. Mario is eager to help out and be a hero, while Luigi was more cool with being a normal plumber and just wants to go home. I think the brothers coming from Brooklyn makes a whole lot more sense than them being raised by Yoshi of all characters. How did they learn to become plumbers from a dinosaur, and I doubt there are that many leaky pipes in a kingdom mostly occupied by aquatic reptiles.

If a Mario movie were to be made whilst correctly honouring the games with slight alterations to make it a little more suitable for a film audience, I think it could be successful at least on a financial level. Not everyone would like an adaptation because it wouldn’t be 100% accurate or would fail to capture the fun of the games, because, well, it isn’t it is more fun to play a game after all than watch someone else play it.

The Mario universe has a rich variety of characters, most who could appear in some shape or form. I would have Bowser’s seven crazy kids around, leave hints that Donkey Kong is around, and possibly set up Wario and Waluigi as badguys for a sequel. For an even stranger idea to make a cohesive film universe, maybe following the elaborate theorised timeline suggested by Game Theory, a little absurd at times but it could work. I think…

Speaking of Nintendo franchises – What others could work as cinematic universes? Perhaps, a certain Hero of Time? Leave a comment below or on our Twitter feed.