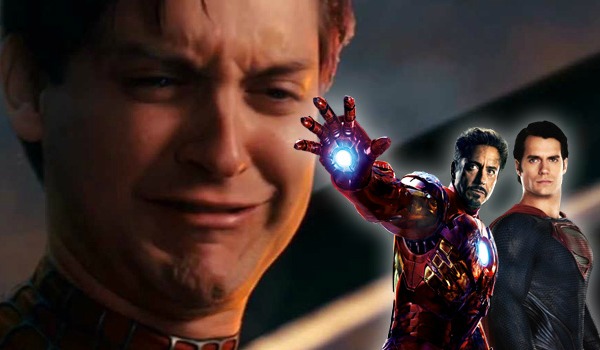 A long time ago in a galaxy not too far away, sequels, spin-offs and reboots were far and few. A film was just that – one film. No shared universes or series of books to be based on. It was one character, a goal and an obstacle or two, and everyone lived happily ever after. Flash forward to today, where, if you want to see that style of movie, go to the Sundance Film Festival.

Now more than ever, the film industry is churning out film franchises based off of existing properties. The summer season used to be about hanging at the beach with your best girl. Now it’s sitting in a dark theatre on a Tuesday afternoon, watching Tony Stark be the charming asshole we know and love. Film franchises are quite similar to another franchised property: fast food restaurants. Sometimes you really crave the ten piece chicken nugget meal and it tastes delicious. Most of the time you immediately hate yourself afterwards eating and question all of your life choices. You’ve essentially stuffed your face with a meal containing no real meat, too many condiments  and soggy bun that barely keeps it all together.

It’s easy to veer a film franchise off a cliff; it’s an entirely different form of art to effectively kill it in one swoop. The film examples below prove it takes more than the average bad script and bad acting to bring an entire franchise to a grinding halt. Here are the top six easy ways to kill a film franchise.

6. Saying It’s a Franchise Before the Movie Premieres 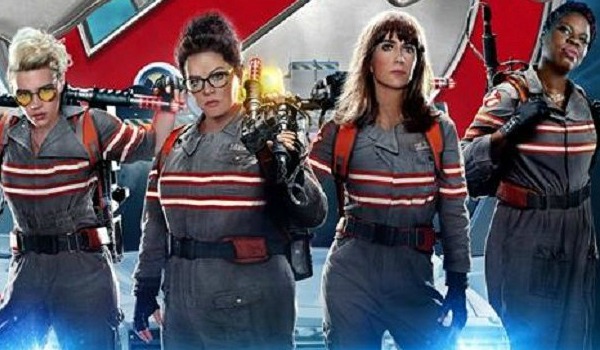 Don’t pop the champagne just yet. That’s a lesson learned the hard way for producers of 2016’s rebooted Ghostbusters. Who knew a film about hunting ghosts would become one of the most controversial movies in recent history? Keep your eyes wide shut Peeping Tom; The Last Temptation of the Christ be damned! Hunting decent-looking CGI ghosts is now the gold standard for controversy. Besides the misogynists or those purists who swear by the original, the film overall wasn’t particularly great. With all that hype and attention and not being able to smack it down like the hand of God with a great film, plus boasting on and on about the future of the franchise before it hit theaters was the final nail in the coffin. A coffin even a ghost couldn’t escape from. That’s one cosmic nail.

5. Running Out of Material After the First Film 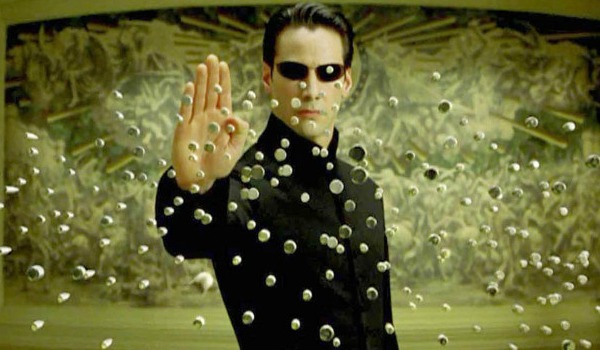 Some movies aren’t meant to have a sequel. One and done, in and out, message received. In theory, films are pieces of art, and not cash cows. But, money speaks volumes compared to artistic integrity. Enter, The Matrix Trilogy. The original film is hailed for its visual effects and choreography. However, the sequels amplify the effects and worry less about story and its characters.  While the environment thanks the Wachowskis for recycling, audiences did not need to see the same film three times. There’s only so many ways to break out of the Matrix. This franchise is one of many that chugs along with weak source material, including the Jurassic Park  franchise and Independence Day with its recent flop. Studios should really quit while they’re ahead.

4. Adding Too Many Characters 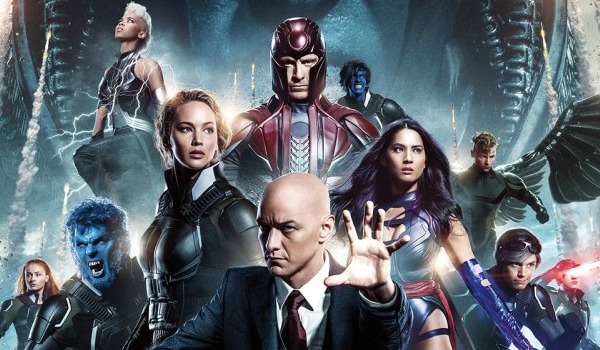 Large films need large cast ensembles. Superhero flicks usually have a lot of people crawling around in them, whether they’re saving the world or the ones trying to destroy it. Irregardless, every character put in a film should have a purpose. X-Men: Apocalypse is a prime example of when too many people are crammed into one film. It becomes a hot mess with a lot of hot air fueling it. How many lines did Storm have? Was Psylocke mentioned by name? Who was even the main character? Because of all these characters, the audience doesn’t get to spend much time with anyone. We are a cold species. Why should we then care what happens to them if we don’t know these characters?

Other film franchises with too many characters include Spider-Man 3 and The Amazing Spider-Man 2. Don’t worry, both these films will make a reappearance later. Apocalypse may not have ended the world, but it brought down this franchise once again.

3. Adding Too Many Plots 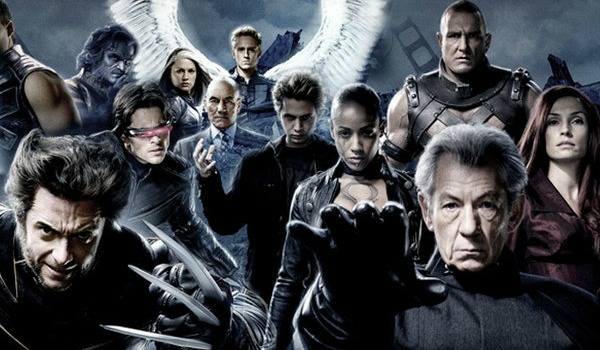 X-Men again? Say it ain’t so. It’s had two major flubs (train-wreck spin-offs not included). It deserves to have its mug-shot featured twice with both the old and new casts. X-Men: The Last Stand, like the previous entry, had many characters. Unlike Apocalypse, each of the characters in The Last Stand come with baggage. Their baggage being a plot. This movie tries to cram too many X-Men comics story arcs, such as “The Dark Phoenix Saga” and Gifted.” That’s also not including the Iceman-Kitty Pryde-Rogue love triangle or Cyclops and Xavier’s deaths. The plots that exist aren’t weaved together, making the film’s pacing off and confusing. The Amazing Spider-Man 2 is another culprit of having too many plots. Both films killed their franchises, proving the behind-the-scenes plot can be more enthralling than the one on-screen. 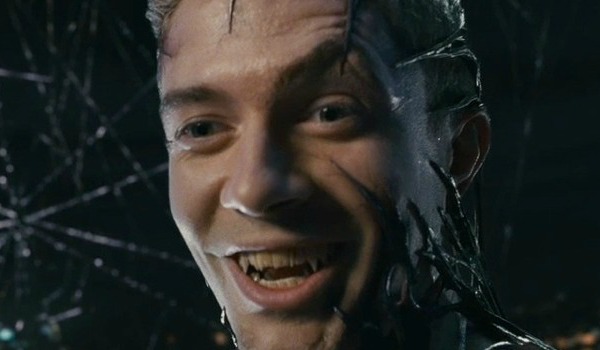 Name recognition does not a great actor make. Nor does casting said actor make a film great. At the time of Topher Grace being named Venom for Spider-Man 3, people were perplexed. The man playing Venom/Eddie Brock should have been a muscular, serious actor the audience would be terrified of. One who was capable of portraying an iconic Spider-Man villain. What Grace decided to do with the role was a reenactment of Eric from That 70’s Show.  Smirking, being smarmy and acting like a child having a temper tantrum resulted in a terrible villain for Spider-Man 3. Other notable entries include Arnold Schwarzenegger in Batman & Robin and almost the entire cast of The Last Airbender. If not for their lack of acting chops, then for not being their character’s actual race. Speaking of… 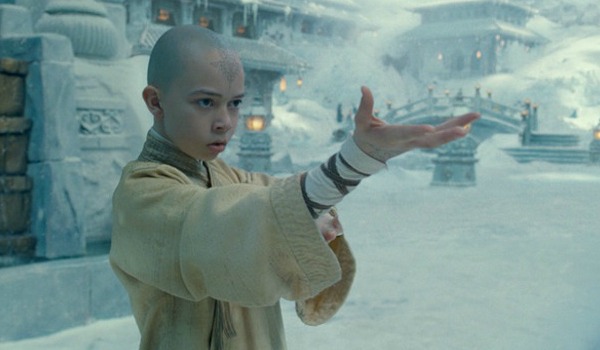 No franchise has ever been as brutally massacred on film than the Nickelodeon television show Avatar: The Last Airbender.  And it’s all thanks to M. Night Shyamalan. It’s as if he’s never seen the television show. He just knew it was popular, and nothing else. This guy got absolutely nothing right. The actors were not the same race as their characters, a huge issue for a show with such a diverse cast. The tone was completely off. While the show was funny but also serious, The Last Airbender took itself too serious and was devoid of any fun. That’s also true of the original franchise killer Batman & Robin, where the tone deviates from the earlier films into campy territory. And not the fun campy; no, this one includes bat nipples.

What do you think is the easiest way to kill a film franchise? Sound off in the comments or send us your thoughts on Twitter!