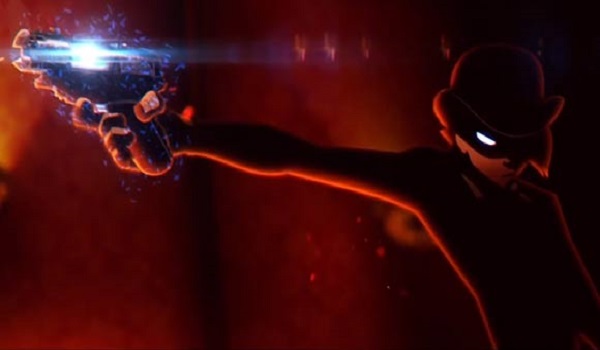 Some of you may know the wonderful Tom Delonge from his original band Blink 182, or from his side-project Boxcar Racer, or of course from his other work within Angels & Airwaves. Bet you wouldn’t have thought this guy, a guy who once sung about dick-jokes and run around the streets naked for a music video, had the potential to start his own franchise in the form of Poet Anderson.

This was based on an idea he had had a long time ago, streamed from a dream about a man running along the rooftops of Paris wearing a bowler hat, a black suit, whilst holding an umbrella. This idea was took further through his fascination into dreams, thus creating a character that could warp between the boundaries of the dream world and the waking world. The idea itself is fresh, creating a unique universe within the world of lucid dreaming. What makes this narrative more intriguing is how it delves into the known knowledge of how dreams work and expands upon it to create a dramatic journey for the protagonist to go through.

Poet Anderson follows the events of protagonist Jonas Anderson who is a Poet, an entity within the dream world that can teleport between reality and dream, and even take others with him. The narrative we see acts as a preview into the massively expanding franchise that has produced a three part comic series, the first of a trilogy of novels, as well as an upcoming live-action short film. We see the struggle Jonas goes through in understanding his abilities and controlling them, as well as dealing with travelling between dimensions and knowing when and where he’s dreaming. On top of this Jonas is on a quest to find his Dream Walker while constantly evading his Night Terror. 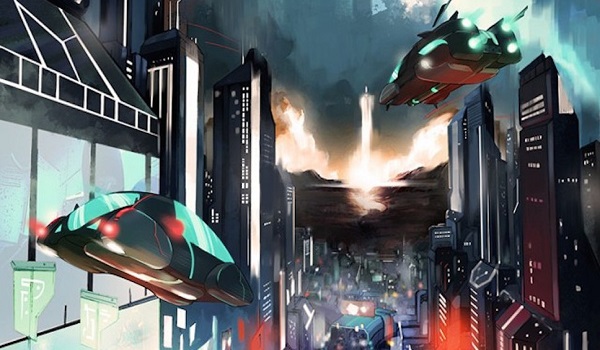 The narrative has a nice change of scenery, juxtaposing between dream and reality which adds in a unique later of immersure as you constantly question what is real and what is imagination. It’s great how the dream world is built up through its different locations, spanning from an old steam-train, to a subway carriage, to eventually the city of Genesis which feels like a futuristic city pulled from the world of Blade Runner, accompanied by the unique look of an anime art-style. These all blend together to create a immersive universe that is vibrant, beautiful looking, and yet very mysterious in a curious kind of way.

On top of this is the sweet subplot of Sam, Jonas’s love-interest. She mostly shows up for moral support as she tries to understand what Jonas is going through and constantly wants to help him. I love how this is progressed further within Of Nightmares, with this particular narrative beginning that complicated and beautiful journey, a love spanning in both reality and dreams. 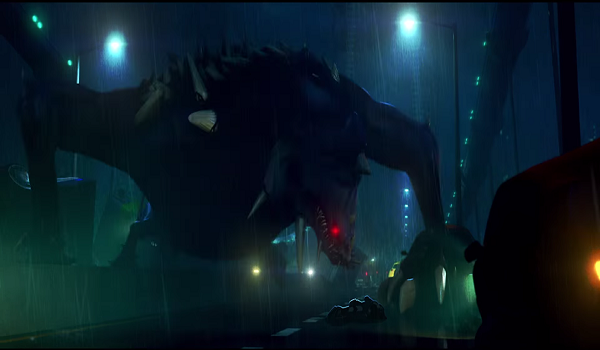 Then the third act brings everything together after Jonas finds his Dream Walker, Jarabec, and travels through Genesis, the city of shared dreams, whilst being chased by his Night Terror. Jonas then confronts his fears, after witnessing Jarabec’s death and Sam’ endangerment, in the climatic showdown against the creature that has stalked him throughout his dreams. Poet then leaves you with a resolution that makes you, quite rightly, crave for more. It doesn’t even end on a cliff-hanger, it simply leaves the audience open for the next tale, lending to you wanting to know what happens next and where the franchise can be taken, thereby serving as the perfect preview.

It’s a short, but sweet, story which can feel a little confusing on its first read, but luckily I was helped by watching the short animated movie the graphic novel is based of. Combining the two together and watching the panel/scene comparisons is a great way to immerse yourself further into this character and the world he journeys through. It’s even more interesting looking back at this preview narrative after reading the stories that have come afterwards and seeing the nods to what was to come, like why Jonas is in a dream therapy hospital, why he is being chased by his Night Terror and generally understanding more about the law of the dream world and what Jonas’s purpose is.

The panelling structure of this graphic novel is intense and can take a little some getting used to, but combined with the film (as mentioned above) it becomes easier to read. I love the dark colouring and how the art-style sticks to the animated style of the film. The graphic novel really does translate the film perfectly onto paper and it really doesn’t matter which version you view, you get the same experience (though I’d recommend viewing both versions to get maximum experience). 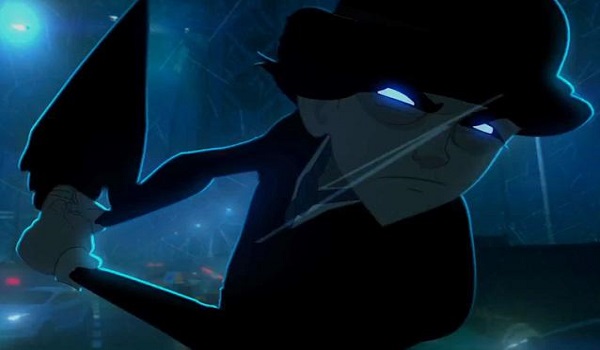 I know this isn’t strictly relevant to the graphic novel but I can’t go without mentioning the beautiful, and inspiring music that Delonge creates to go along with his franchise. His band Angels & Airwaves have always created amazing music but with The Dream Walker album you could tell he was trying something a little different and although it isn’t my favourite album from them it certainly works to create the background atmosphere for Poet Anderson. With tracks like “Paralyse”, “The Wolfpack”, “Tunnels” and “Tremors”, you can easily immerse yourself within the world of Poet just by listening to it.

Then try reading the graphic novel whilst listening to the album and you’ve got yourself a whole new experience entirely. In fact, Delonge expanded upon this idea for Poet’s first novel, Of Nightmares, where he created an EP to listen to whilst reading, and let me tell you, it was an experience that I shall not forget. There’s even a piece of music from the film (which unfortunately doesn’t have a name, nor a release) which consists of mostly piano and it is so mesmerising. It sticks with me and reminds me of Jonas and his struggle, and generally reminds me of everything I love about this growing franchise.

Like I’ve said over, and over, in this review, this graphic novel (and its accompanying short animated film) acts as a preview for the ongoing Poet Anderson franchise, and it serves its purpose perfectly. I really do advice anyone who loves a good imaginative tale, or a good character story/journey, or something a little different, to try out this franchise as you won’t be disappointed. For anyone who has read any of the material within this franchise, and/or enjoys listening to Angels & Airwaves please share your thoughts in the comments or Twitter!