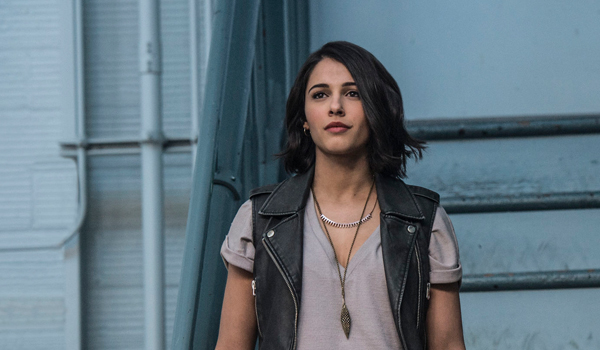 Kimberly Hart is the embodiment of the All-American Girl: she’s a spunky, stereotypical valley girl who develops heart of gold and an inconceivable amount of wit throughout the course of the show. She’s the very first Pink Power Ranger and probably the most popular female ranger to date.

Aside from being the Pink Power Ranger and the stereotype of the valley girl, Kimberly was also known for being in a relationship with Tommy, the Green and White Power Ranger. Their relationship started off rocky when Tommy was first introduced to the show but eventually prevailed. That is, of course, until Kimberly breaks up with Tommy while living in Florida.

It’s hard to say where this reincarnation of Kimberly is heading. While she doesn’t appear to be the stereotypical valley girl in the new trailers, she is confronted by a group of girls who point out the fact that she is spending her weekends in detention or at the school rather than going to practice. What practice she’s missing is unclear but Kimberly was known for being a gymnast and a cheerleader so it’s possible that she’s missing practice for one of these two things. 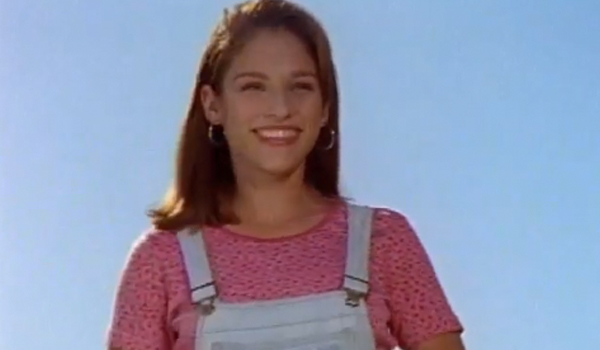 One of the more intriguing aspects that we see in the trailers regarding Kimberly and her character development is the cutting of her hair. We’re not entirely sure why she goes about cutting her hair other than it may have something to do with her confrontation with her fellow teammates. But symbolically, a haircut means character growth or a rite of passage but it appears she loses her hair before even becoming a Power Ranger. Does she perhaps do this as a rite of passage to the rest of the group? Or, is this an act of defiance against whatever image her and her team stands for throughout the high school. Regardless, this seems to be a major turning point for her character based on the trailer so we’re hoping it lives up to the hype.

But probably the most interesting and possibly concerning part of Kimberly’s character in the new film franchise is her relationship with Jason. It’s blatantly stated that Jason and Kimberly are one another’s love interests for the film. While it’s fine for the writers to mix things up from the original series, the fact that Kimberly and Jason are a couple in the first film is concerning for one main reason: what if Tommy is introduced in subsequent Power Rangers films? If Tommy is introduced and the original series’ plot points are kept intact, that would mean Kimberly would eventually become Tommy’s girlfriend. And if there’s one thing young adult films don’t need anymore, it’s pointless love triangles. If this film is successful enough, let’s hope this isn’t some early set up for a pointless love triangle. It’s not needed and it’s not wanted.

The original Power Rangers series was far from perfect. It definitely has the opportunity for vast improvements so it will be interesting to see how the writing potentially improves the core characters. However, like anything that could use vast improvements, there’s always room for a potential screw up and let’s hope Power Rangers and, in particular Kimberly, isn’t one of them.

What do you think about Kimberly and her rebooted character in the Power Rangers film? Share your thoughts in the comments below or on Twitter!