Home » The Beat of the Bat Launches on Kickstarter 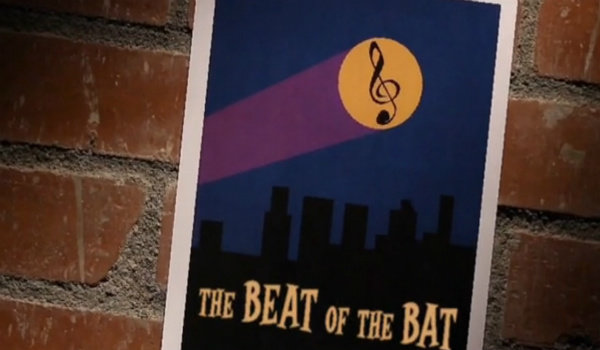 It may be famous for its silly costumes and even sillier one-liners, but the soundtrack to the 1966 live-action Batman TV series was also a huge component. Seriously, who in the world wouldn’t be familiar with the famous ‘Na Na Na Na Na Batman’ song?

Which is why filmmaker Pat Evans has launched a Kickstarter campaign for an all-new feature-length documentary called Beat of the Bat, which will explore the music of the series. They’re looking to raise $25,000 to go towards music rights, travel expenses, post-production duties and more,and they’ve still got quite a way to go before they hit their goal, so don’t forget to contribute. If you pledge $15 or more, you’ll get a special thanks in the end credits.

Although it’s been over 75 years since Detective Comics #27 introduced Batman to the world, there have been precious few feature-length documentaries focusing on the Dark Knight, so The Beat of the Bat will help to fill the void. That sounds like a good a reason as any to help get the film funded.

Also working on the film are producer Paul Hefti, who is the son of composer Neal Hefti, who worked on the original show, and project manager Leah Cevoli, who is known for her work on a multitude of animated shows.

Not only will The Beat of the Bat delve into the history behind the famous ‘Na Na Na Na Na’ theme song, but it will also examine the process behind composing and scoring individual episodes of the show, and the legacy that would later follow the music of the show. The filmmakers have created a campaign video to give an overview of the project, which you can enjoy below. They’ve also set up a YouTube channel to keep fans updated on the film as it progresses. You can also view some of their YouTube videos embedded below.

As with any great documentary, a ton of interesting people will be interviewed. Subjects here will include film music historian Jon Burlingame, composer Chuck Cirino, surf-rock pioneer Michael Z. Gordon, Riddler voice actor Wally Wingert, and folk rock duo Chad & Jeremy, who guest starred on the 1966 show. A large portion of the key interviews have already been filmed, with the Kickstarter funds going towards shooting more in addition to going towards travel expenses, music rights and post-production deliverables.

Starring Adam West and Burt Ward as the Caped Crusader and the Boy Wonder, the 1966 Batman TV series lasted for a total of 120 episodes across three seasons, in addition to the live-action film which was released just a few months after the show debuted. Although fans would have liked it to last longer, we also got the new Batman ’66 comic series and last year’s Batman: Return of the Caped Crusaders animated movie, which featured the voices of many of the original cast members. If you have yet to experience the wonderful weirdness of the show, you can order the complete DVD box set on Amazon. Just be sure that you have some cash left to back the Kickstarter campaign.