Home » Transdimensional #1 is Another Terrifically Twisted Comics from TPub 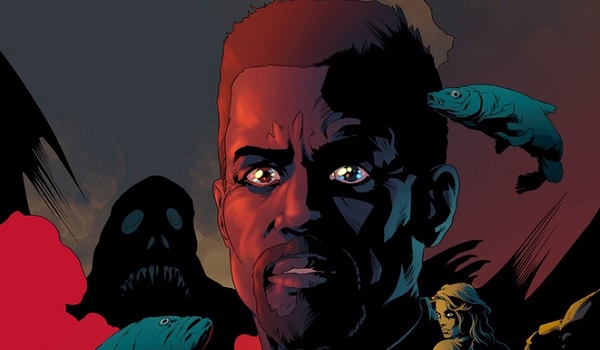 Welcome comic book fans! Today we’ll be taking a look at Michael Gordon‘s Transdimensional #1, the first installment (duh!) of a four issue sci-fi/horror mini-series that is now on Kickstarter. Gordon and the rest of the team behind Transdimensional were kind enough to send us a work-in-progress review copy of the book and so we’ve gone ahead and put together this spoiler-free preview; special, just for you. So then, let’s see what Transdimensional is all about!

Meet Deacon Price, a scientist at the DCM Nautical Institution who has just uncovered a sunken Soviet submarine that has been declared missing since the Cold War. Price theorizes that the submarine may have been used for the purposes of espionage and therefore may contain technology that the military might be interested in. Luckily, the military funds some of the Institute’s geeky little undersea projects, so Price is able to assemble a team of experts and prepare for some action packed scientific studies!

Okay, there’s a lot more to Transdimensional than just science and exploration. Price and his wife Grace are separated, and their daughter Evie is suffering from a terminal illness. Price believes that whatever is on the submarine may be able to save Evie’s life, so he has an ulterior motive in this scientific pursuit. I wonder if Price knows more than he’s letting on? 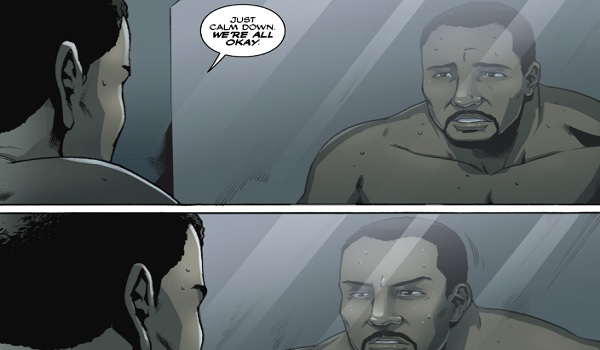 Sure, Deacon Price may look like he’s got it all together; what with being a scientist and all, but he exhibits all the characteristics of a Class A maniac! From hallucinations and horrific nightmares to extreme alcohol consumption, Price certainly has his demons. If you ask me Deacon Price may just be the coolest scientist ever, but that’s just my opinion. Whether these hallucinations and nightmares have anything to do with the submarine has yet to be seen, but I think we can all assume that this expedition is about to go horribly, horribly wrong in one way or another.

The creative team behind Transdimensional consists of writer/creator Michael Gordon, Henrique Pereira (pencils and inks) and Jan Wijngaard (colors). The script provides a ton of mystery and intrigue, and the artwork is absolutely stunning. The nightmare scenes are particularly well done, and some of the finished product can been seen over at the official Kickstarter campaign. 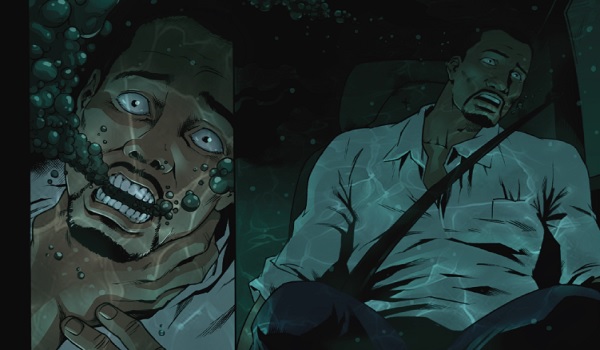 Speaking of the campaign, a very cool stretch goal has been added! Once the funding surpasses the £1500 mark, every backer at print level and above will receive a bonus PDF reward of a TPub Comics‘ graphic novel of their choice! Backers can choose from Twisted Dark, Tortured Life or Tabatha, which are all delightfully gleeful tales. Just kidding, they’re all rather dark but that shouldn’t stop you. Stare into that abyss and do not even dream of blinking. That’s what I do, and I’m awwwlright.

For more information about Transdimensional and other TPub comics visit the TPub Comics’ website, then make your way over to the official Kickstarter campaign and pledge for some sweet rewards.

Will you be supporting Transdimensional on Kickstarter? Let us know in the comments section and on our Twitter page!