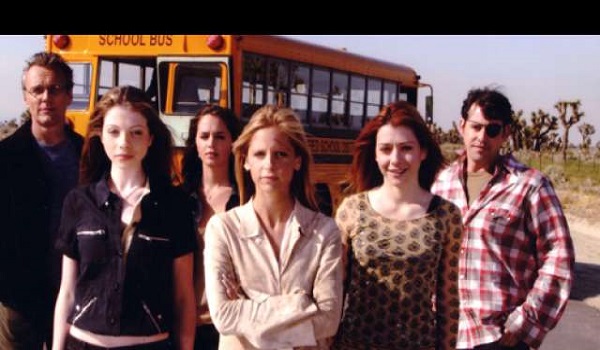 So if you happen to be a millennial like myself, you probably missed the original run of Joss Whedon‘s breakout show Buffy the Vampire Slayer. Personally, I was turned on to the mind-shattering awesomeness that is Whedon’s work after seeing The Avengers. Compared to other shows running on TV circa 2013, Buffy was a bit dated. The special effects looked terrible, and the monster costumes seemed hopelessly unconvincing (notably the simian-looking werewolves). I remember being shocked to see Spike openly smoking on TV, which I only then realised had become something of a taboo on American television in the interim decade. Yet for all the grungy weirdness I loved every second of it.

What I remember most about the show is how real it was. The overarching season long plots were cool (and I’m told fairly pioneering at the time), but by then fairly standard practice on TV shows. Character arcs were handled masterfully, but the show was never about the character dynamics the way that Firefly was. No, what made Buffy great was the way it handled issues. If you’re reading this article, I’m sure you’re aware that I don’t mean issues in the dreadful PSA, very-special-episode, after-school-special way. Instead Buffy took very real people and showed how they dealt with very real problems.

When Willow came out, it wasn’t some one off sweeps week lesbian kiss (*cough* *cough* Heroes *cough* *cough*). The attempt was never to be shocking for its own sake, and the material was never exploitative. Buffy didn’t spend episodes on end waxing poetic about depression and suicidal thoughts. In a lot cases, what was going on was so subtle that it might have been easy to miss (a lot of the lesbian subtext went right over my head). You know, like what happens in real life.

Take for instance Willow coming out. Her repressed homosexuality was hinted at earlier via Vampire-Willow from the Wishverse, but for the most part she was presented as being straight right through her breakup with Oz in early Season 4. Then along came Tara and presumably some confusing feelings, the kind anyone who’s ever struggled with their sexuality is probably familiar with. For those whose relationships are not constantly invalidated, undermined, openly attacked by our elected representatives in the chambers of government, etc. it can be easy to miss the significance, but ask a queer friend if you’re not convinced. Beyond simply existing however, Buffy treats them the same as any of the show’s other couples. They deal with serious issues anyone might, like Willow abusing magic (read: drug use), and ones unique to the gay experience, notably Tara’s insecurities that Willow is just experimenting during college. It’s also worth noting that they didn’t go the other way either, turning the two into the sinister gay cabal in an attempt to demonize the queer community. 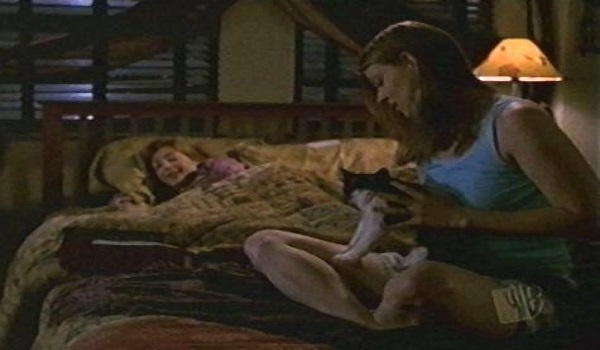 Buffy wasn’t a show to shy away from dealing with real issues, even topics as depressing as, well, depression. When the titular Slayer dies and is resurrected at the beginning of Season 6, she returns with severe depression. Being forcefully ripped from heaven will have that affect on a person. Her depression damages her relationship with her friends, who didn’t get why she wasn’t psyched to be back in Sunnydale. Enter vicious cycle leading to a downward spiral, which leads to a destructive and abusive relationship with Spike. Neither party walked away unscathed from that one. Buffy’s issues isolated her, that isolation led to alienation from her friends, that alienation led to conflict. No one was really at fault, not really.

In fact, Buffy’s mental health is a recurring theme throughout the series. As a young woman, she died and was resuscitated, saw friends killed, was forced to kill the man she loved, and had to save the world half a dozen times. That was all before she turned 21. She didn’t want to be the Slayer, but was forced to spend her nights doing battle with the forces of evil. In traditional superhero-esque fare, this would be glorified (or fetishized). Instead the realistic consequences of having the weight of the world on your shoulders from the age of 16 are shown. By the ripe old age of 20, Buffy is so burned out that she’s showing signs of suicidal ideation even before her (second) death.

For a person suffering from depression, this is incredibly affirming. Buffy is a superhero, and she’s depressed, and that’s ok. Once she opens up to her friends and family about what she’s going through, she starts to get better, and it takes time. It doesn’t just end in 22 minutes, it takes years. You know, like in real life.

The amazing part was that all the serious, soul-cleaving drama never stopped Buffy from having fun. The more ridiculous aspects of the show, the androids and swing dancing demons, always meshed and melded into the serious parts. Whatever else was going, no one stopped joking around or was ever lacking a wise crack. Because life isn’t all melodrama and doing the right thing isn’t always fun. It’s a complicated mess, one we all get through with a little help from out friends. What makes Buffy great is that it remembered that message and communicated it effectively year after year.

Think I made no sense? Think I made too much? Sound off in the comments or send us your thoughts on Twitter! You can follow us @AP2HYC or me @Bard_Brehon.