Home » Did Wonder Woman Save the DCEU? 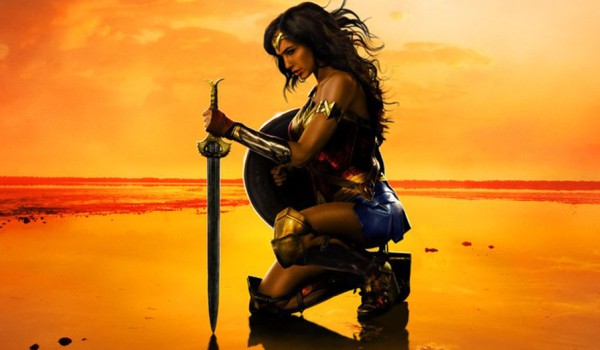 So the numbers are in and Wonder Woman is a financial success! As monumental a step as this is, questions still loom for the DCEU. A few weeks ago, we published an article about whether or not Wonder Woman could save the larger DCEU, and in it yours truly came to the conclusion that while the movie looked good, it wouldn’t be enough to fix systemic issues at the studio level. Unfortunately, it seems I was right.

Before we get into specifics, there will be spoilers and if you haven’t seen Wonder Woman yet  just know that there were issues in the plot similar to those in BvS.

Getting into specifics, the plot was bad. Note that there’s a difference between plot and story, as the larger story of Princess Diana of Themyscira journeying to Man’s World as an ambassador of peace and love is just as compelling now as it was in 1941. The issues were relating to the how’s and why’s of the film translation of that story. First and foremost, main bad guy Ares, god of war, has a plan that makes no sense, which he himself, in the film that made it to theaters in the real world we all actually live in, describes as essentially, “make them stop fighting so that they fight later, hahaha I’m so evil”. It’s stupid plain and simple and a haunting echo of the story problems from Batman v Superman and Suicide Squad. Additionally, the film goes out of its way to highlight the fact that Diana killing “Ares” (read: Gen. Erich Ludendorff) does nothing to dissuade the various combatants from the war, as the violent tendencies and warmongering are an inherent part of mankind and so Diana’s quest is nowhere near as simple as she originally and somewhat naively believed, but then shortly afterwards Diana kills the for-real Ares, and everyone just sort of gives up on the war.

In case I lost you back there, the plot basically kneecapped the otherwise compelling internal conflict for Diana’s character. Aside from that, there are some problems linked to Diana’s character arc. Chief among these is that for a feminist icon her story is largely defined by men, as in this continuity Zeus is both the creator of the Amazons and Diana’s father, which detracts from what is a massive part of the larger Wonder Woman mythos. Beyond that, the aforementioned internal conflict relating to Diana’s optimism clashing with the harsh reality of the human condition is crammed into the last stretch of the film and is all the lesser for it. To round things out, if you’re interested in nitpicks, some of the history surrounding the First World War was altered so that 1) Steve Trevor could be present as a part of the American forces and 2) they could better explore the theme of “war is hell”, and the German Empire during the WWI was not the same as Nazi Germany during WWII, and the film does itself a disservice by portraying them as such. On the whole, these shortcomings do a lot to undermine what was an otherwise incredible movie, but beyond that they point to systemic issues in the way Warner Bros. is creating the DCEU.

Going into Wonder Woman, the DCEU was a mess of weak plots and overly dark tones. Man of Steel was completely off in terms of tone (Superman is neither a killer, not mopey) and didn’t leave much room for the greater franchise to develop, making it a weak starting point. Suicide Squad demonstrated a fundamental misunderstanding of exactly what Task Force X is (hint, they aren’t “save the world” types), the entire plot revolves around Amanda Waller being basically incompetent, seriously undercutting any future she has in the DCEU, and the presentation of the titular antiheroes as a pseudo-family is both tonally inappropriate and poorly presented. Batman v Superman was an indefensible abomination, and shall be until the last star in the sky has gone dark, not to mention the worst possible story for the de facto launch of the DCEU (you know, since it’s basically the last Superman story combined with the last Batman story). Which is why walking into Wonder Woman I didn’t, couldn’t, believe it would be a good movie. But it was, and that’s incredible, and probably paradigm shifting for superhero films, but the plot issues (courtesy of a story by one Zack Snyder) demonstrate that there are issues going on at DC that they seem incapable of fixing.

That being said, there is still hope for the DCEU. The best indicator of this is that when Diana’s optimism comes crashing in around her in the third act she chooses to accept the reality of the situation but retain her belief in her principles and ultimately choose to work for the good of all mankind. It could be an indicator of a sea change, a departure from the grim and gritty tone of previous entries and towards the optimism and hope more generally associated with, you know, Superman. On top of that, the character work was often breathtaking (i.e. Diana storming no man’s land, Steve Trevor sacrificing himself) and the chemistry between Gal Gadot and Chris Pines was at once heartwarming, relatable, flirty, and genuinely sweet. This was an incredible movie, but still a flawed one, and if the rest of the DC movies continue to improve then they’ll be incredible. It’s just, well, the evidence suggests they won’t.

So in conclusion, Wonder Woman did not save the DCEU, but it granted a stay of execution.