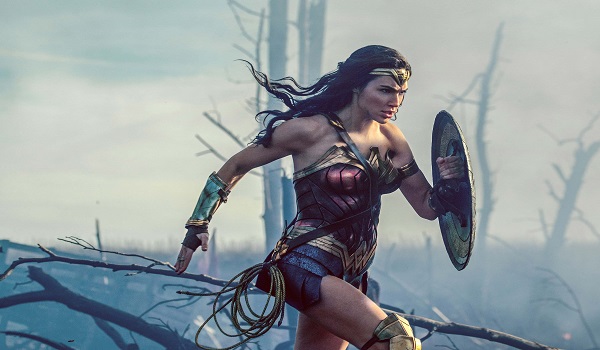 She’s been told “no” countless times, shocked by the passive nature of men and their world. When they finally arrive at the battle, as brutal and horrendous as promised, she’s anything but scared. Even when her companion Steve tells her they can’t save everyone, she replies, “…That’s what I’m going to do.” Her robe, which before gave brief glimpses at her armor, drops to reveal her full costume. She moves up the ladder, out of the trench into the heart of the war. And as bullets fly in every direction, she combats with her shield and wristbands. The thunder of gunfire grows louder, but they don’t shake her courage. She’s been told “no” yet still she moves forward.

This describes the now infamous “No Man’s Land” sequence in the massive hit Wonder Woman. It’s the moment when our titular hero displays their full abilities, thrust into the throes of danger. Seeing Wonder Woman showcase her altruistic bravery against the enemy has been said to make audiences, specifically women, cry with joy. Wonder Woman is no miner character, in fact she completes the Trinity with Superman and Batman. But the difference between her and the two of them is they both have had several movies over the past couple decades and she’s getting her first now, in 2017. It’s incredible to think that a DC character with over 75 years of rich history has only now gotten their big screen debut when we’ve already seen C and D-list Marvel characters get theirs.

The argument towards whether or not we should have a Wonder Woman film, an undertaking that Joss Whedon was trying to accomplish years ago, has often referred back to the box office failures of Catwoman and Elektra. The logic being that since those female-lead superhero films didn’t perform why would a Wonder Woman movie do any different. The films didn’t fail because women starred in them, they failed because they were shit movies. Clearly not taking into account that for every Iron Man or Batman Begins we get a Green Lantern here and a Fan4stic there. And it’s hard to imagine that these films make $1 billion if only men are going to see them.

With the exception of Lynda Carter portraying Wonder Woman on the small screen, this character has never had a cinematic interpretation. Even after Carter’s charming take, pilots for Wonder Woman series were made but never made off the ground. Whether it was doubt in the execution or doubt in the character itself, the higher-ups decided her fate. And after the risky casting of Gal Gadot, there were even more doubts that this could possibly work at all. But the ceiling of doubt was shattered when Wonder Woman became the stand out in a film starring Batman and Superman. Her fierce charisma, perfected by Gadot’s commanding performance, showed that the audience is there and is cheering her on.

Much like with Superman, Wonder Woman is the embodiment of everything we consider “super” about these heroes. Not only is she strong and acrobatic, but she is filled with compassion and love. She is what we should all strive to be, the ultimate do-gooder whose morally steadfast. She is the one we don’t deserve yet she fights to defend us.

Before Wonder Woman came out, there were modest predictions that it could open to $65 million domestically. Again, the ceiling was shattered as she crossed the $100 million mark opening weekend. The character who could not get a film in production for 76 years. The certainty that people don’t want a female lead superhero film. Just like the German bullets shooting at her, she has deflected this, proving exactly what she is capable of.

Warner Brothers were wise to hire Patty Jenkins to direct Wonder Woman. Jenkins is not a household name, given that she hadn’t directed a film since 2003 when she directed Charlize Theron to her Oscar win. Whether or not Warner Bros. saw her as a gamble or not is uncertain, though the fact that they didn’t immediately sign her on to a sequel is questionable. But the reality is this film is a hit and would not be without Jenkins behind the camera. The feminine power, in front of and behind the camera, has proven its worth and, more importantly, that it’s here to stay.

What did you think of Wonder Woman? Who are some other female superheroes who need films ASAP? Let us know in the comments or on Twitter!