Home » Despite its Polarising Execution, Ghost Stories of Antiquary Wins with Eerie Visuals 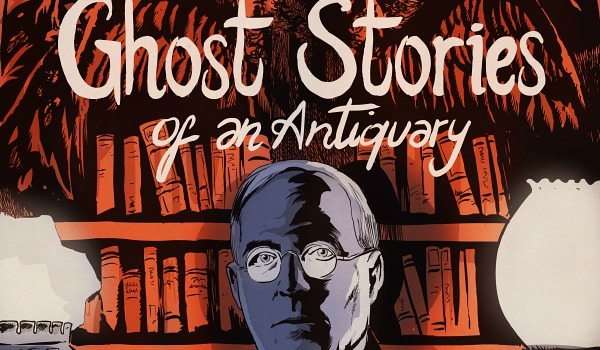 There are two ways of enjoying Leah Moore and John Reppion comic book adaptation of M. R. James‘ ghost stories. One way of experiencing this book is as a fan of James’ work, whilst the other is reading this knowing little of the writer’s work. Celebrated as a masterful writer of ghoulish fiction, his methods of writing paint a curious picture for Ghost Stories of Antiquary‘s existence. In the comic’s forward, horror author Ramsey Campbell notes how James’ style featured a suggestive element to it. He gave his readers clues, but not the full picture. It seems as though James embraced the show-don’t-tell rule as an incomplete form, choosing to conceal everything that could possibly be shown and only drip-feeding various visuals to make the horror factor stand out.

If that’s the case, surely a comic book adaptation, that most visual of mediums, would be hard pressed to do James’ stories justice, would it not? That’s the challenge Ghost Stories of Antiquary faces throughout the four stories it adapts, and it inevitably falls into the scattershot level of quality that anthologies can be burdened with. Each story boasts a different artist and although the diversity is rich and engaging, the varying styles mean that not every style feels like it’s a snug fit with the story in question.

Kit Buss‘ adaptation of the child-capturing drama of “Lost Hearts” looks the weakest. This isn’t to say it’s bad, not in the slightest. Buss has a crisp, delicate sense of colour and an even sharper knack for shadowing. The problem is that it looks rather… cute. Given the story’s subject matter and the spectral theme of the comic, it just doesn’t feel like the right meeting of artist and story. The youthful appearance of the strip certainly links neatly with its youthful characters, but it fails to go any further from there.

At the other end of the spectrum, Fouad Mezher‘s rendition of the cryptic, sentient painting saga “The Mezzotint” feels the strongest. Mezher’s tightly compact style of panelling lends a tense flavour to the story, coupled with a minimal use of dark, sickly colours and thick shadow. These elements fuse together to create an adaptation in which you struggle to make out clearly what’s going on. That makes Mezher a perfect match for James’ abstract style of writing.

Then again, the flipside of this perspective is the one where you aren’t expected to appreciate James’ impact on horror literature, or even who the man is. With that clearer frame of mind, you can appreciate the individual flavours of each strip a little more, whilst casting a wider eye over the anthology as a whole reveals a level of cohesiveness that may not have been apparent at first glance. Each artist adds subtle touches of tension and terror that all work in each adaptation’s appeal. No matter how much each strip actually shows, they’re all shown with nimble pacing. “Canon Alberic’s Scrap-book” displays Aneke‘s finely trimmed, expressive detailing and ripple-like colours, whilst Alisdair Wood‘s “The Ash-tree” is a masterful showcase of how grim rigidness makes your subject matter all the more potent.

Ghost Stories of Antiquary is a well-tuned blast of visual shock, even though the individual execution of the strips can be somewhat questionable in their motifs at times. A comic adaptation of a novels can feel oddly redundant, reducing the value of the original text. Despite this, Ghost Stories of Antiquary packs in enough artistic talent to make the comic feel like it enhances the stories, rather than devaluing them.