Home » 6 Things We Want from a Ms. Marvel Show 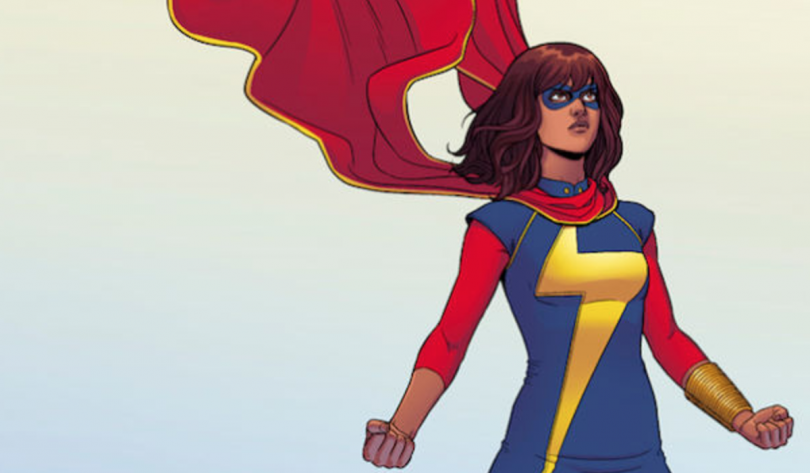 If we’re lucky enough, Marvel Studios and Disney may grace us with a show about Ms. Marvel. Kamala Khan was a normal teenager of a Pakistani immigrant family from Jersey City, until the Terrigen bomb changed her life forever. Unknown until then, she had Inhuman DNA in her and the bomb set off her latent powers. She can shape-shift, usually enlarged or miniaturised her arms or legs or whole self for battle and she has a healing factor (but not as good as Wolverine or Deadpool’s healing factors).

The character was only created in 2013, but she’s been a breakout star of Marvel Comics. If we were going to get a show for her, here are some things I want, and you should want, to from it. 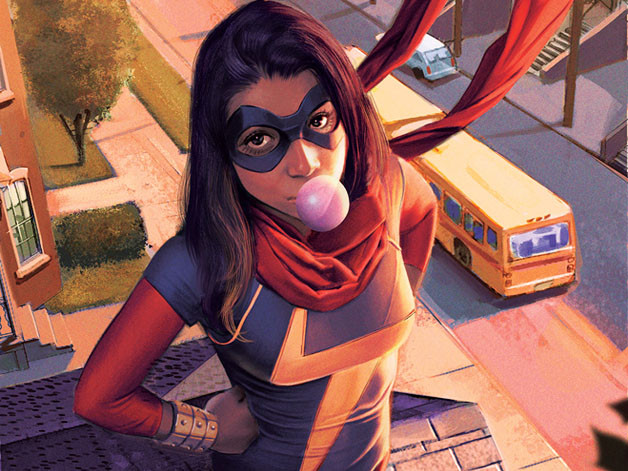 I cannot stress this one enough. The fans will not tolerate any whitewashing of Kamala or her surrounding supporting cast. Everyone should be cast as the race they are in the comics. The comic has a very diverse cast and whitewashing any of them would make the whole show rather pointless, especially given the themes of racism and the importance of Kamala being Muslim. 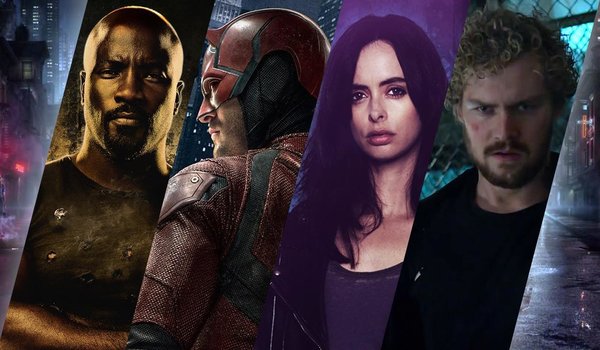 As has been done elsewhere in the MCU, the writers for the Ms. Marvel show should take the comic storylines and adapt them to fit into the MCU. It probably will be easier with Ms. Marvel, because she does live in Jersey City (she could have been witness to the Chitauri invasion because you can see New York City from Jersey City). Ms. Marvel will obviously be a fan of the Avengers and was probably heart-broken about the whole Civil War deal.

The first villain she faces in the comics is The Inventor – a failed clone of Thomas Edison and that would make a great storyline for the first season, along with her coming into her powers. What I don’t want is for the series to turn out like the CW superhero shows, though – like the O.C. with superpowers. 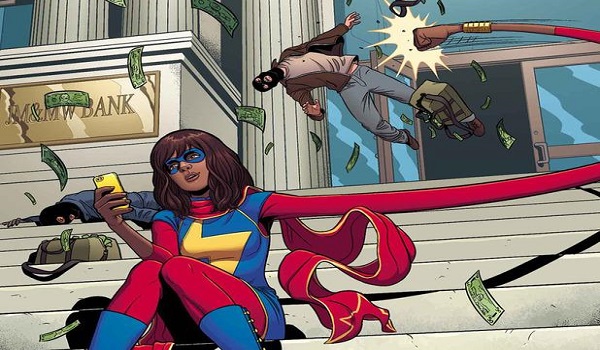 Even though Marvel’s The Inhumans will probably be a dud, the show can be useful enough to set off a Terrigen bomb that spreads across the world so Kamala can activate her powers. If there’s one reason to care about the Inhumans, who are just a place filler in the MCU for the X-Men, it’s that Kamala is an Inhuman. There are now plenty of new heroes that have Inhuman DNA and abilities that have been popping up all over the MCU and the Marvel Comics. There are a lot of chances to create new shows that have Inhumans, but not feature the boring Royal Family. Kamala is probably the most interesting Inhuman character in the comics, so giving her a show makes much more sense than whatever they’re doing to Black Bolt and co.

If the show is on Netflix, I would love to see Kamala, the gifted young hero, meeting the Defenders. I can say for certain that the four heroes of NY wouldn’t know what to do with this bright-eyed kid, but it would make for an interesting interaction. I think they would come around to trying to, I repeat, trying to mentor her.

She would also fit in well to the Agents of S.H.I.E.L.D. world if the show is on ABC. We probably won’t see any big names from the movies, which is a shame given Kamala’s connection to Captain Marvel. She should at least have some Captain Marvel posters in her room or something. 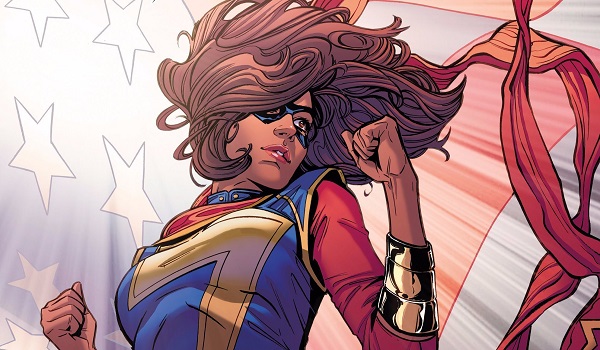 Kamala’s story should be more hopeful than the others properties. While Kamala will be dealing with heavy issues like racism, misogyny, bullying, and of course, teenage love drama, Ms. Marvel always tries to make the right decision as she sees it. If there’s a problem, she tries to fix it or tries to help. She owns up to her mistakes and tries to make them right. Sometimes she might get beat-down, but she always gets back up in true Marvel superhero form. She became a hero not because she had it, because she wanted and chose to become one. The show should match this tone and be equally positive and upbeat.

Kamala, honestly, is one of the newer heroes closest to classic Spider-Man/Peter Parker. However, she has a lot more to deal with than Peter, and she kinda manages it better than the Wall-Crawler.

Kamala is a teenager of Jersey City, yes, but she’s also a daughter to a traditional Pakistani-Muslim family, where her parents expect her to be a certain way and her brother is always praying and she is not living up to expectations.

She’s a female woman of colour in a world that isn’t kind. She also needs to be a student and maintain her grades (she’s actually quite smart, she and Miles Morales have a slight rivalry in the STEM field in the comics).

She’s a good person to the best of her ability and an admirable hero. As long as she is that in a show, we’ll all be happy. A Ms. Marvel show would bring high expectations to succeed. Marvel needs to get on it. It will help with their diversity stats, since they actually don’t do that great in comparison to DC’s shows.

What do you think? What do you want from a Ms. Marvel TV show? Sound off in the comments or send us your thoughts on Facebook or Twitter!