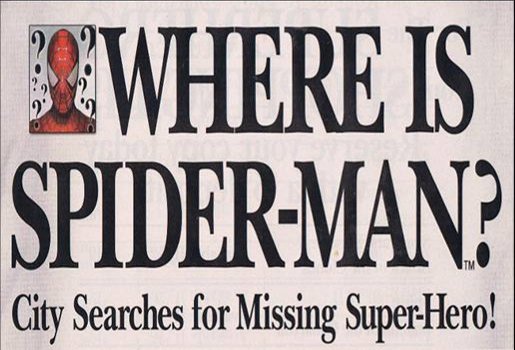 The ballad of Marvel, Sony, and Spider-Man continues. In the past few months, the ever eager Sony plans to cling what licensing they have left of Spider-Man and announced the creation of their own cinematic universe. The complicated part, through mass confusion and contradiction, is that Sony’s new plans are connected and not from the MCU. Amy Pascal said the new films are directly linked to Spider-Man Homecoming, but Kevin Feige says they are not, but rather completely separate. That being said, it can be assumed that Spider-Man, namely Tom Holland, will be able to appear in the main MCU and Sony’s new “Marvel Universe”, which could easily be explained as another corner of the universe like the Netflix series dwell in.

But, there is just one question: If Hollander’s Spider-Man is restricted to appearing in the MCU, then how are these new films, starring some of his supporting characters, going to even work without Spider-Man. Another suggestion is that after the Homecoming sequel is released, Sony will place Spider-Man strictly in their film series. Why do licensing and such have to be some complicated? Anyhoo, how will the Sony Marvel Universe (notice they aren’t using Spider-Man in the title) work and even function without its signature character. Will this mark the third case of bad luck for Sony Pictures, or will their new plans perhaps grant them the same success they had with the first two Raimi films. They at least have Marvel as a crutch of sorts.

Speaking of which, Homecoming set up some minor threads for possible new Spider-Man films, and possibly for the Sony Marvel Universe. The post-credits scene hints at the formation of the Sinister Six, a film project Sony was plotting to get off the ground even before The Amazing Spider-Man 2 came out, with a number of possible members hinted at. Donald Glover appeared as Aaron Davis, the Ultimate Spider-Man incarnation of Spider-Man’s ally, the Prowler, a hi-tech superhero and crime fighter. However, the more important aspect of Aaron is that he is the uncle of Miles Morales, the most recent incarnation of Spider-Man in Ultimate Spider-Man.

This could be a possible way for Sony to include Spider-Man in their own films without needing to rely on Holland, but as long as they have the webslinger in their films, their sense of world building would have stronger support beams. Which brings me to their first planned film, the 2018 Venom movie, which has been in the making of sorts since Spider-Man 3. Yes, ten years on the drawing board and only now do does it get the green light. My question is how can they possibly make a Venom movie without the necessary key element – i.e. Spider-Man!

As everyone knows, Venom cannot exist as he does without Spider-Man. The initial character was a mix of an alien symbiote once worn by Spider-Man as a suit, and the disgraced journalist Eddie Brock, both whom had a shared hatred for Peter Parker. However, over time, the comics reimagined Venom as an anti-villain, than a hero, and he went through a number of different hosts including Mac Gargan (the Scorpion) and Flash Thompson as Agent Venom. I doubt Peter will don the black suit during Avengers: Infinity War, so Sony may come up with an alternate way that Venom is created.

I have one theory: Agent Venom. In the comics, Flash Thompson served in the US Army, but was injured, losing his legs as a result. He was then offered the chance to regain his ability to walk by fusing with the Venom symbiote and serve as a government agent. However, the downside was that he could only stay in the suit for up to forty-eight hours to be permanently fused with it. Now, what if this storyline was altered and instead applied to Eddie Brock in a reimagining of his origin story?

Let’s say that Eddie Brock, to be played by Tom Hardy, is an army veteran who became a paraplegic after an attack. He is offered the opportunity to become a hero since “they are so few nowadays” as an nod to the Avengers without needing to worry about licensing issues. He is given the Venom symbiote, with some new backstory explaining it is an experiment or was salvaged from some meteorite. Perhaps OsCorp or another corporation could own it. Eddie is warned not to bond with it, or he’ll go nuts. This gives Eddie a temptation to either remain a good man or give in to the symbiote’s influence and become the Venom we love.

We also know that Carnage will be making an appearance, and he could serve as an opponent for Eddie, or rather a symbol of his own dark side without the morality, inspiring him to take control of the symbiote and battle Carnage. Yeah, it sounds a little cheesy, but this is a story about an alien suit related to a superhero with spider powers, so what the hey. We also know that Eddie’s ex-wife Ann Weying will appear, and has even taken on the Venom suit at one point. I suspect she will be a love interest for Venom.

The other announced film is Silver & Black, based around Black Cat and Silver Sable, both criminals and associated with Spider-Man. We do know the film will feature a number of Spider-Man villains, namely Gaunt, the guy that would create the Green Goblin, and has a past with Silver; Tarantulas, a South American terrorist with a spider motif; the Scorpion, already established in Homecoming and played by Michael Mando; the master of disguise, the Chameleon; and mobster Tombstone. That’s a pretty good line-up of villains. The film has been described as an old school action movie similar to The Dirty Dozen.

But, what other characters could get their own movies? Well, Miles Morales could be introduced as Spider-Man depending on what is done with Tom Holland. That way, Sony would still have a superhero to work with. It is likely they are also planning a Sinister Six film too, or least a film featuring them.

Luckily, Spider-Man does have a number of fellow allies and superheroes who could get their own films. The Prowler could be interesting since he lacks superpowers is a purely gadget-based hero, and actually started off as a criminal. Plus, more black superheroes is a thumbs up. Black Cat could get a couple of movies, and Silver Sable could form the Wild Pack team, which has consisted of other superheroes like the Prowler; Puma, a Native American businessman who can transform into a werecat; Rocket Racer, a low class kid who strives to help his mother by becoming a hero using an enhanced hoverboard; and Will o’ the Wisp, often a villain, but he has been a hero a few times.

Another idea that I would incorporate would be a team up. The Wild Pack would be a good jumping off point, but there are other options. There are the Slingers, a group of teenager superheroes formed by retired hero Black Marvel. Each member wears a suit previously designed and worn by Spider-Man during the “Identity Crisis” crossover in Marvel Comics. The team consists of Prodigy, a wrestler with a physically-empowering suit; Hornet, who uses power armour to fly around, and suffers from cerebral palsy; Dusk, a gothic girl who can control shadows and teleport; and Ricochet, a mutant who has great leaping skills. The characters could team up, inspired by Spider-Man, and form their own team to aid him from afar.

If Sony were daring to go for something more horror-based, which the MCU has yet to do, Morbius the Living Vampire could serve as a fascinating anti-hero. Michael Morbius is a scientist who gained the feature of vampire after messing around with biochemical experiments, is a very tragic character. That desire to regain his humanity or give in to the monster is a little similar to my idea for Venom, but at least Eddie Brock could rid himself of the thing that turns him into a monster. Morbius could also serve as an introduction to the horror and supernatural side of Marvel, including Blade, who has yet to make an appearance in the MCU.

Spider-Woman could be a good option for a leading superhero should Peter Parker be reserved for mainstream MCU films, and Miles Morales is still on the drawing board. There have been numerous characters who have adopted the mantle of Spider-Woman. The most notable three are Jessica Drew, who has a very unusual history involving her father giving her superpowers via a spider serum, being raced by a talking cow, and killed her boyfriend with bio-electric blasts; Julia Carpenter, a victim of experimentation and became a superhero; and Mattie Franklin, who gained her powers through mystical means.

But, they are not the only spider-heroines swinging around New York City. There is Silk, aka Cindy Moon, who actually appears as a member of Peter’s decathlon team in Homecoming; and even Spider-Gwen, the alternate reality version of Gwen Stacy, who was bitten by the radioactive spider instead of Peter. A film proposal for The Amazing Spider-Man series was titled “Glass Ceiling”, apparently to be a crossover of Spider-Man’s numerous female allies like Black Cat, Silver Sable, and Spider-Woman. I would love to see that crossover happen on the big screen, and an all-female team of superheroes would be a game changer. The success of Wonder Woman has proved that superheroines can carry a movie (naturally!), so there is room for Spidey’s many female friends.

There you go, Sony. A dozen or so ideas that could be made into wonderful films as long as actual effort was put into them. Hopefully, Sony can learn from their mistakes in the past and let the actual filmmakers create the vision of the movies and not trip over their own feet once again.

What films would you like to see Sony make in their new cinematic universe? Or should they just give the full copyrights back to Marvel? Leave a comment below or on our Twitter feed.