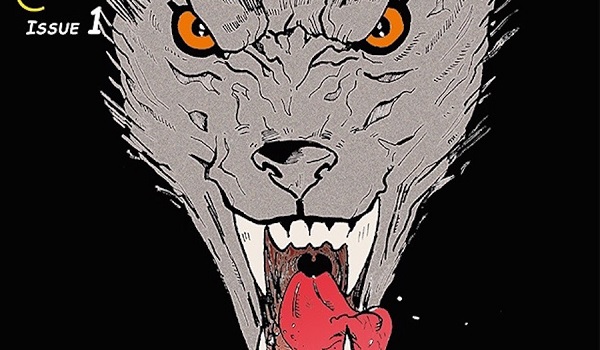 Deiciders #1 “Of Wolf and Man” by Pedro Mendes and Andre Mateus is a great first issue to a series. The story started in Constantinople in 1123 (the Byzantine Empire, for those not aware) with an old man begging for some coin. A young man felt pity for the old man and gave him a coin, in exchange the old man offered a story.  The story that the old man told was between the fall of Rome and the First Crusade, specifically during the Middle Ages of Europe, Scandinavia 851. Immediately, I knew that we were going into some Norse mythology about monster slayers, which is always awesome.

At the beginning of the tale, the trio of heroes were Ulfrith/Ulf, the leader, and his companions Olaf and Svein. They were hired to save a young woman from a den of monstrous wolves. It turned out that they were denizens of Fenrir, one of the children of Loki that has a big part of Ragnarok in the mythology. LO and behold, they save the day but at the expense of Svein. Ulf and Olaf go off to face some dragons after the traditional Viking funeral at sea for their friend. The old man’s story was done, but the young man wanted to hear more, but one coin, one story. The old man is actually…Ulf.

First of all, the title is awesome. Deicide is the murder of a god/deity. The title translates as God-Killers. It’s totally neat. The story is a basic adventure story with the heroes facing villains. Right now, I only see Fenrir, but more like Loki, as the ultimate bad guy. That’s all well and fine. However, despite my love of Norse mythology, I get that Loki is a villain in the MCU and in the Magnus Chase book series (and plenty of other book series based on Norse mythology). Yes, we get it Loki is the trickster god, yes, he is the god whose children begin Ragnarok. But seeing as it is only the first issue I’m sure that the creators will come up with something different and considering I still read all those stories about Norse mythology, it’s all good.

Even so, the story is just starting so there are a lot of questions that are posed by the first issue. Is Ulf immortal or a god that we don’t know yet? What’s Fenrir’s deal and he can make werewolves?! How did Ulf wind up all the way in Constantinople? What happened to his pal Olaf? I need answers to my questions!

Most of all, I liked the art, but I feel that this comic could totally be in color. I think it would be better served if it was—maybe in the collected volume it will be.

Lastly, the only quibble is that Loki is not Thor’s half-brother. If you want to get technical and far-reaching, he’s not even Thor’s adopted brother, Loki is actually Odin’s surrogate brother (there’s a whole deal about some blood stuff, whatever). But everyone is entitled to their own interpretation of the mythologies of the world, so go for it. Then again, it could be the character’s misconception of the stories.

Ultimately, Deiciders #1 “Of Wolf and Man” was a good romp into the world of Norse mythology and I hope the continue writing and drawing and tell the story that they want. It’s produced by VM Comics. Check it out!

Grab your copy of Deiciders from Comixology. Are you already a fan of the comic? Sound off in the comments or send us your thoughts on Facebook or Twitter!