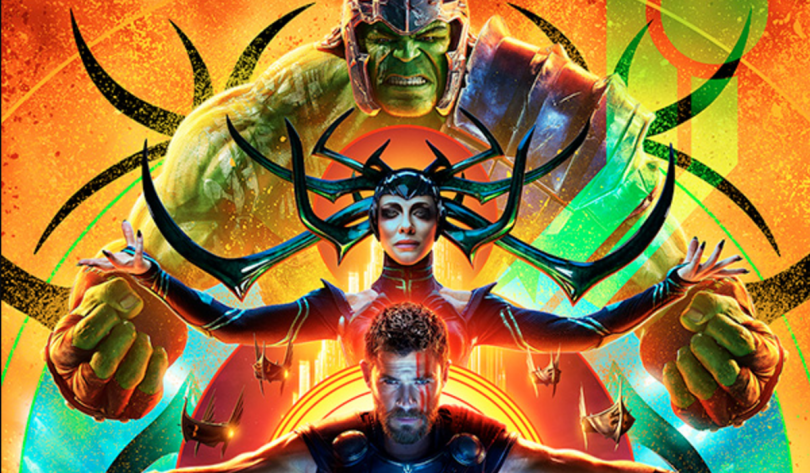 The Thor films have so far rested solidly in the middle of the Marvel Cinematic Universe’s catalogue of releases. The first one, directed with grandeur by Kenneth Branagh, was a surprising combination of Shakespearean space-opera and fish-out-of-water comedy. It perfectly set up Thor and Loki as key players in The Avengers and made what could have been laughably over-the-top into a dramatic adventure. Its sequel, Thor: The Dark World, was a noticeable step down in quality from the first one, but it had its high moments. The Thor-Loki dynamic was still the highlight of the films and more of Asgard and the other dimensional realms was great to see. It’s problems lay in a weak, uninteresting villain and unwanted Earth-based characters, like Natalie Portman‘s Jane Foster and Kat Dennings‘ Darcy Lewis.

Thankfully, Thor: Ragnarok, out later this year on November 3, appears to be aware of the other films successes and failures. It will take a de-powered Thor far away from Earth and Asgard and propel him in a colorful, wild, and unpredictable journey through the cosmos. Director Taika Waititi is just the right out-of-the-box choice for this movie, same as James Gunn was for the Guardians films. His unique brand of humor and love for the comics is likely to transform everyone’s third or fourth favorite Avenger into an MCU star. And it doesn’t hurt that he will be partnered with the Hulk, but more on that later. 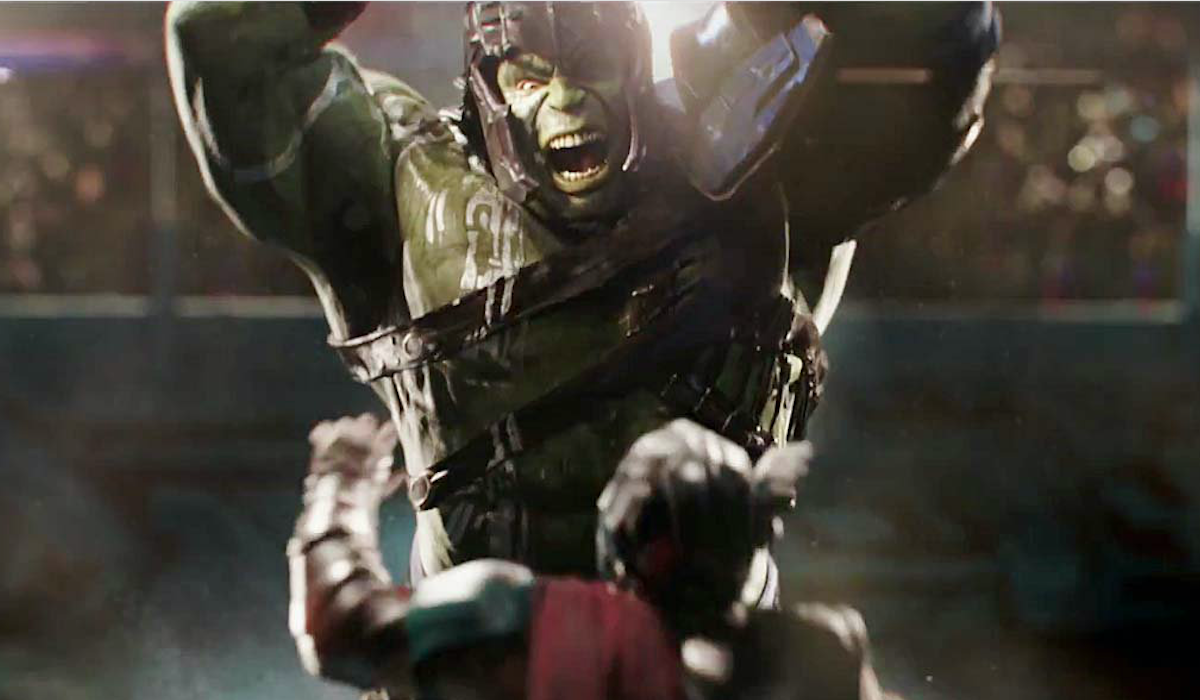 Thor: Ragnarok‘s second trailer, released at this year’s San Diego Comic Con, shows Thor more vulnerable than ever. Hela, the goddess of death (played villainously by Cate Blanchett), has broken Thor’s unbreakable hammer. If that wasn’t bad enough, he’s unwillingly transported to Sakaar, a scrap planet filled with the universe’s least friendly and most dangerous. Captured by the Grandmaster (Jeff Goldblum) and his assistant, a former Asgardian warrior maiden named Valkyrie (Tessa Thompson), Thor is stripped of his armor and sold into gladiatorial slavery. His first opponent: the Incredible Hulk! Since we last saw him in Avengers: Age of Ultron, Bruce Banner (Mark Ruffalo) has remained the green monster for nearly two years, enjoying his time away from Earth and relishing in his arena victories. Thor appears to coerce the Bruce Banner side of the Hulk out of him, but is still stuck halfway across the galaxy as Hela and her undead forces descend on a defenseless Asgard. All the while, Loki (Tom Hiddleston) presumably plays every side and just hopes to get out alive. No wonder there are trust issues in Thor’s family…

This trailer doubles down on the elements seen in the teaser released in April. It features a healthy mix of comedy and sci-fi/fantasy action, which is typical for the MCU. Yet here it is done with a visual flair and a breadth of color that may even surpass the beautifully filmed Guardians of the Galaxy Vol. 2. This trailer, and hopefully this movie, look exactly like a Jack Kirby comic book, the perfect source to emulate for this kind of story. Past Thor films have been vibrant and fun, but never this vibrant and never this fun. 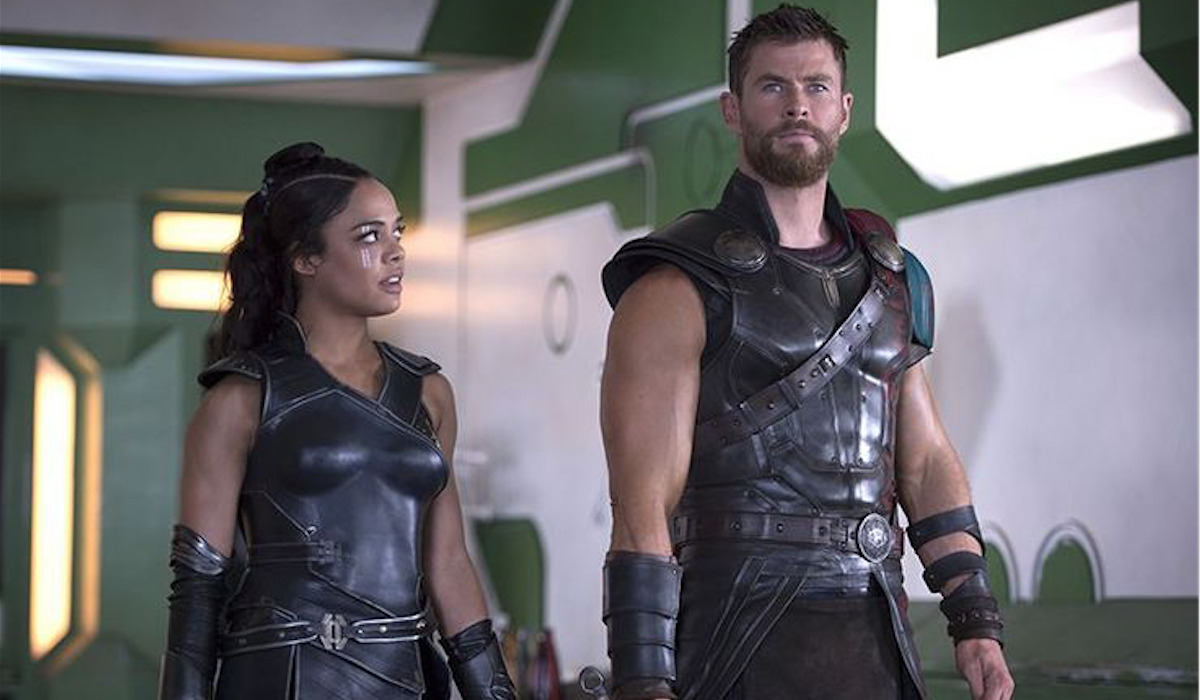 Eagle-eyed comic fans will notice several references and elements from the Ragnarok and Planet Hulk comics, like seeing Hulk fight the giant Fenris Wolf and the fire-demon Surtur (Clancy Brown), but Waititi promises a dynamic, original, and apocalyptic (let’s hope near-apocalyptic) story. It’s also worth pointing out just how funny and clever the jokes in this trailer are. One hopes the humor will not be distracting or feel out of place from the rest of the film, but so far it’s working well. This film is taking big risks, no doubt about it, but it’s reasonable to guess that they will pay off. With an impressive cast, which also includes Anthony Hopkins, Idris Elba, Karl Urban, and Benedict Cumberbatch, and an intergalactic road-trip plot, Thor: Ragnarok seems like the perfect “threequel” for the Thor franchise and another stellar entry in the MCU.

Do you think Thor: Ragnarok will rank among the top MCU sequels? Maybe even the top MCU films overall? Sound off your Asgardian battle cries in the comments or send us your thoughts on Facebook or Twitter!