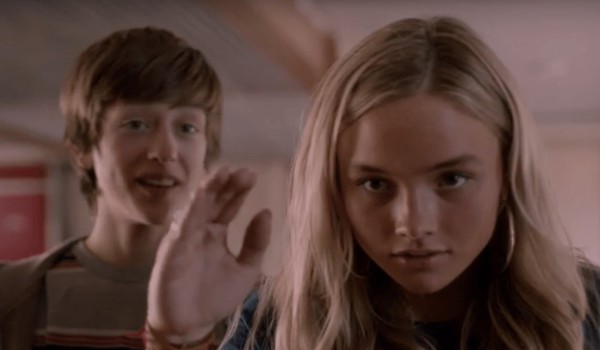 FOX’s newest show will be about the X-Men, or at least X-Men related, being that the main characters are mutants.  No word yet about continuity or anything, but considering FOX’s iffy continuity for the X-Men franchise as a whole, I am not going to hold my breath that it’ll make any sense.

The Gifted was about two seemingly ordinary teenager siblings, who discover that they have mutant abilities at a school dance gone horribly wrong for the younger Strucker kid (bullies suck, you know). The catch—their dad was the  district attorney or whatever that captures, punishes and studies mutants. The dad isn’t actually a completely bad guy as he, his wife and his newly discovered mutant teenage children go on the run from the government and join forces with another family, well, a family of mutants.

The mutants that they use were relatively minor ones except maybe Blink, who featured in X-Men: Days of Future Past (although played by a different actress) and whose powers were to teleport one place to another in a blink. There was also Polaris, one of the children of Magneto. Her powers focused on magnetism, similar to her biological father.

Also featured were Thunderbird and Eclipse. Thunderbird (John Proudstar) seemed to have heightened senses for tracking and according to his wiki, he also has superhuman strength, speed and stamina. He’s the leader of the team in the shadows. Eclipse, specifically made for the show, had some sort of electricity-related powers—like the ability to manipulate photons.

The two newest mutants are Andy and Lauren Strucker. Andy is a ‘sensitive’ kid and Laruen a ‘perfect’ kid.   However, other than some vague introductions, we don’t get much about the Strucker kids. Because, apparently, instead of focusing on the mutants, the series’ leads are the parents of the mutants. Oh those poor parents, they have mutants for kids, whatever shall they do. Honestly.

The trailer that featured at SDCC debuted all the characters in a simple fashion. The story so far of the television show seemed to be about surviving. I doubt that it’ll last more than a season, but I will give it a shot for the first few episodes at least. I am interested to see Blink, Polaris, Eclipse and Thunderbird and their stories than the Strucker family.

The Gifted trailer isn’t overwhelming—it doesn’t really pique the interest much. Think of it like Powerless, which had a great concept but ultimately failed due to poor execution. Some with the other several superhero-related television shows. I mean its prime time television, it’s not like their budget is too big.

What do you think about The Gifted trailer? Are you interested in watching it when it comes out on October 2? Will it last a season or no? Sound off in the comments or send us your thoughts on Facebook or Twitter!