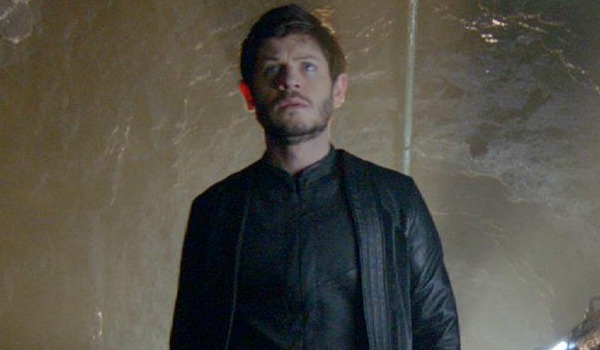 Some people got the real problems, like executives over at Marvel Television. They operate in the shadows of Marvel’s infinitely more popular Cinematic Universe. Film studio Marvel is like the cool, beloved older brother that everyone pays attention to, and Marvel Television is the younger brother. There’s nothing wrong with the younger brother. Sure, he has his good moments (Jessica Jones and Daredevil to name two) and bad moments (Iron Fist and the unceremonious cancelling of Agent Carter to blame two), but he’ll never out-shine the golden son. If the audience acts as the parents, ask yourself who your favorite child is. Would you rather have the films or the television shows?

The point of the Sophie’s Choice comparison is this: Marvel Television has something to prove. It has the Marvel brand attached, so it has a rep it needs to protect. Their latest project Inhumans introduced the world via a first trailer to yet another blunder. The trailer was so poorly received, even the director saw it as a disappointment. So, trailer number two needed to be something, anything resembling an improvement. Marvel’s Inhumans trailer number two premiered at San Diego Comic Con and it should have been the first. This trailer is a world of improvement over the original. Oh, it’s still God-awful, but if you start at rock bottom there’s really no other direction to go than up.

The trailer opens with a shot straight out of a DC movie. It’s dark, in slow motion and the song choice has a heavy clapping noise to it. Thankfully, it’s not DC, and audiences actually see something new – the other inhumans, and some of their powers! In fact, Marvel shows restraint by waiting twenty seconds to show off Iwan Rheon. That shows a lot of growth. It also shows Marvel Television pushing the Imax screening like crack on a New York City street corner in the 1980’s. Old habits die hard; just ask John McClane. Another noticeable aspect of this trailer is there’s very little dialogue. Instead, it’s drowned out by Rag’n’Bone Man’s “Human,” which is not clever, though Marvel thinks it is. The dialogue that is present highlights a very telling problem.

What this Inhumans trailer broadcasts to world is this show will be cheap and mediocre. All we see are characters who fight rather stiffly and characters who stare awkwardly at other characters. Audiences aren’t able to connect emotionally with the characters because we learn nothing about them. We don’t get any sense what their personalities are like. In contrast, look at one of Marvel’s upcoming ensemble TV shows The Defenders. A viewer doesn’t need to binge-watch each of the Defender’s shows to feel connected to them. Arguably Finn Jones as Iron Fist is immensely more enjoyable in these trailers than in his own show. Regardless, if director Roel Reine is disappointed with trailer number one solely due to the CGI not being ready in time, this series is doomed from the beginning.

Unfortunately for Marvel television and Reine, time does not heal all imperfections. Adding terrible CGI and a popular song doesn’t fix stale dialogue or lifeless performances. Not even a teleporting dog can save this trailer from being boring, stiff and unimaginative. While the second trailer of Inhumans is superior to the first, it still may rival Iron Fist as the worst Marvel television show.

What did you think of Marvel’s Inhumans second trailer? Sound off in the comments or send us your thoughts on Facebook or Twitter!