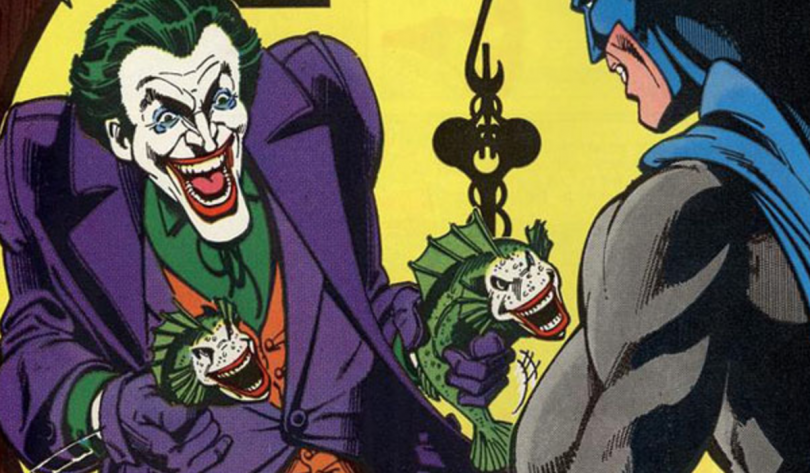 The news that Warner Bros. had begun developing a Joker origin movie sent shockwaves through the Internet. Its presumed status as part of the DCEU is unclear, Jared Leto is not going to star the titular villain, and Todd Phillips (director of The Hangover movies and War Dogs) is set to co-write and direct. And on top of all that, it will take place in the Eighties.

The DCEU’s future has been murky since its its soft-inception in 2013 and confusion over its latest addition has only added to the murkiness. There are many ways to interpret this announcement, some good for the DCEU/Warner Bros. and some bad. This could signal that they’ve lost confidence in their main properties and the direction of their films. Conversely, this could mean that they have enough confidence in future projects to justify going in different directions with certain releases. The reasons behind this Joker origin film are unclear, but the ways in which it could be good are certainly worth exploring. 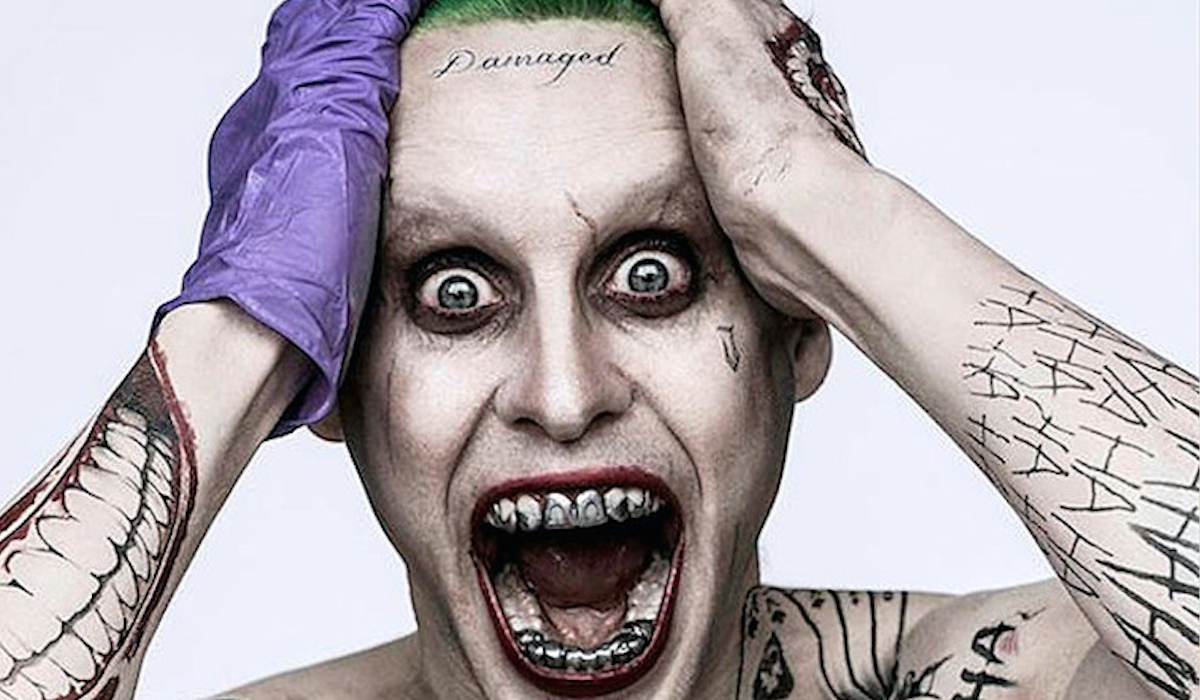 Jared Leto’s performance in 2016’s Suicide Squad was divisive. It took a bold step into new territory for the character, but alienated many fans of past Jokers in film, television, and comics. But since Leto is already attached to show up again in the DCEU (in a sequel to Suicide Squad and a Joker/Harley movie that scream over-saturation), this origin movie is a good opportunity to re-cast the role to better fit a different take on the supervillain. Recent rumours have revealed that Warner Bros. is hoping for Leonardo DiCaprio– a great choice for the Joker, but not for a younger version of the character. Even if this version of the Joker doesn’t grow up to be Jared Leto (more on that possibility later), the part should be taken by someone younger. Detroit‘s Will Poulter or Bates Motel‘s Freddie Highmore would be more appropriate choices.

5. Leaning on its Producer 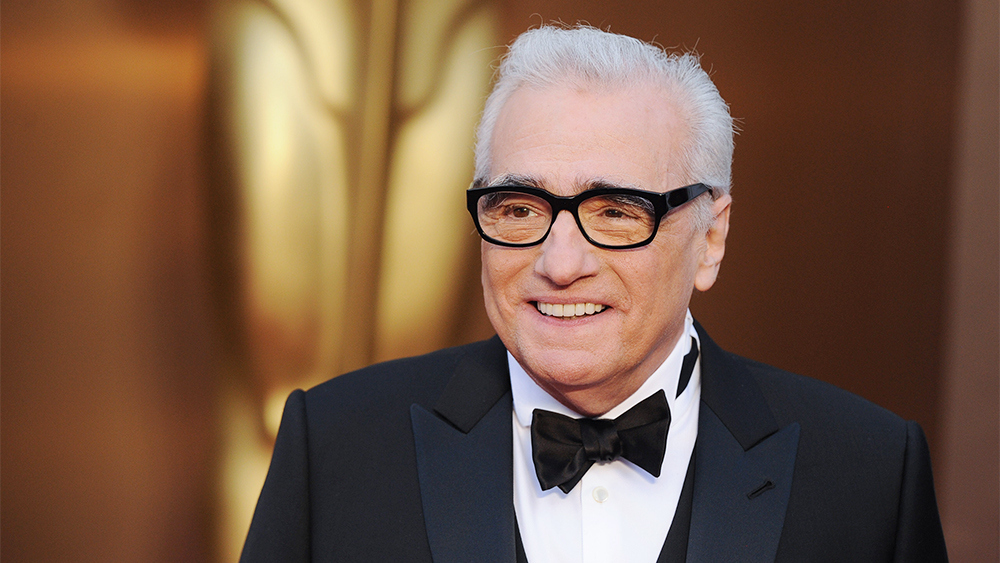 For many, including myself, the most exciting bit of information released was that Hollywood legend Martin Scorsese is attached to produce. With his inclusion comes the assurance that the film will feel like Taxi Driver or Raging Bull and not like anything we’ve seen before in DC films. An easy step for this film to be successful would be to involve Scorsese as much as possible. His trademark style, honed by a talented crew of cinematographers, editors, and more that have worked with him for years, would truly make this Joker origin film a unique comic book movie. 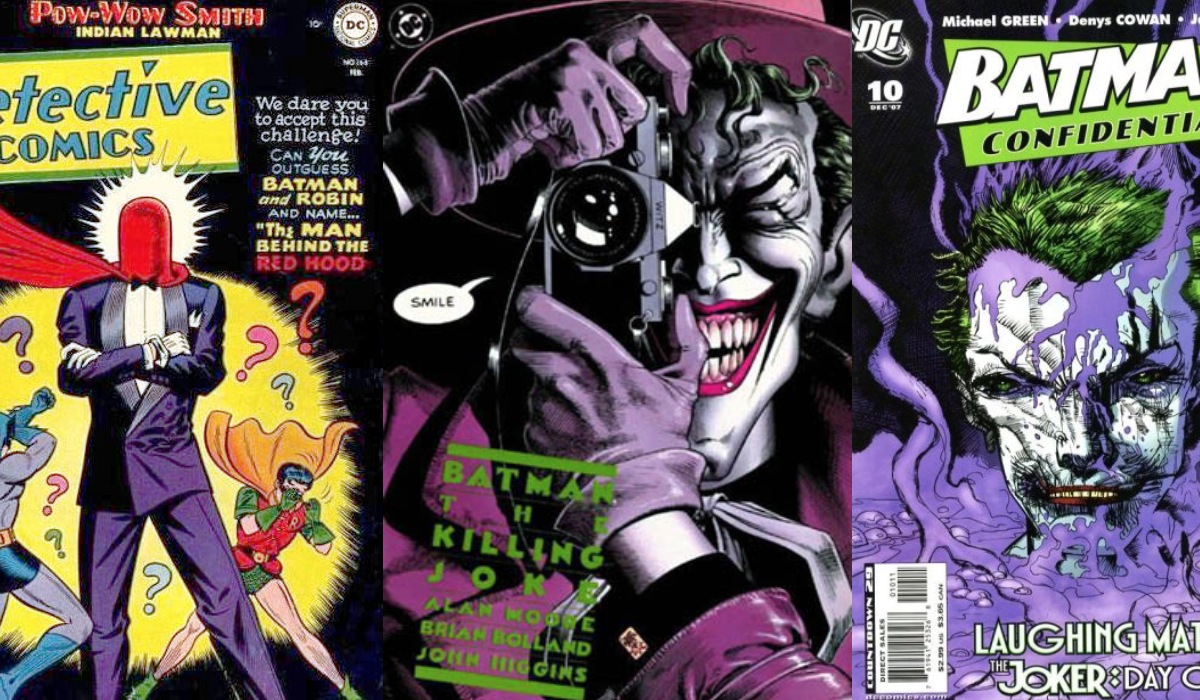 On the topic of comic books, the Joker has had a slew of origin stories in the past. Though this film purports to tell its own story, it should draw on aspects from different comics. Over time, the Joker has started out as a low-level criminal, an unwilling costumed accomplice, a sadistic gangster, a sane killer seeking new thrills- really everything! It would be a shame not to touch on some of these aspects and explore the criminal conclusions of them in the film. And just because the Joker is our protagonist does not mean we must sympathise with him. The Wolf of Wall Street and The King of Comedy, both directed by Scorsese, centre on thoroughly unlikeable protagonists, but still have interesting plots. The Joker is not someone one roots for, even if we can’t help but have fun with the chaos he causes. 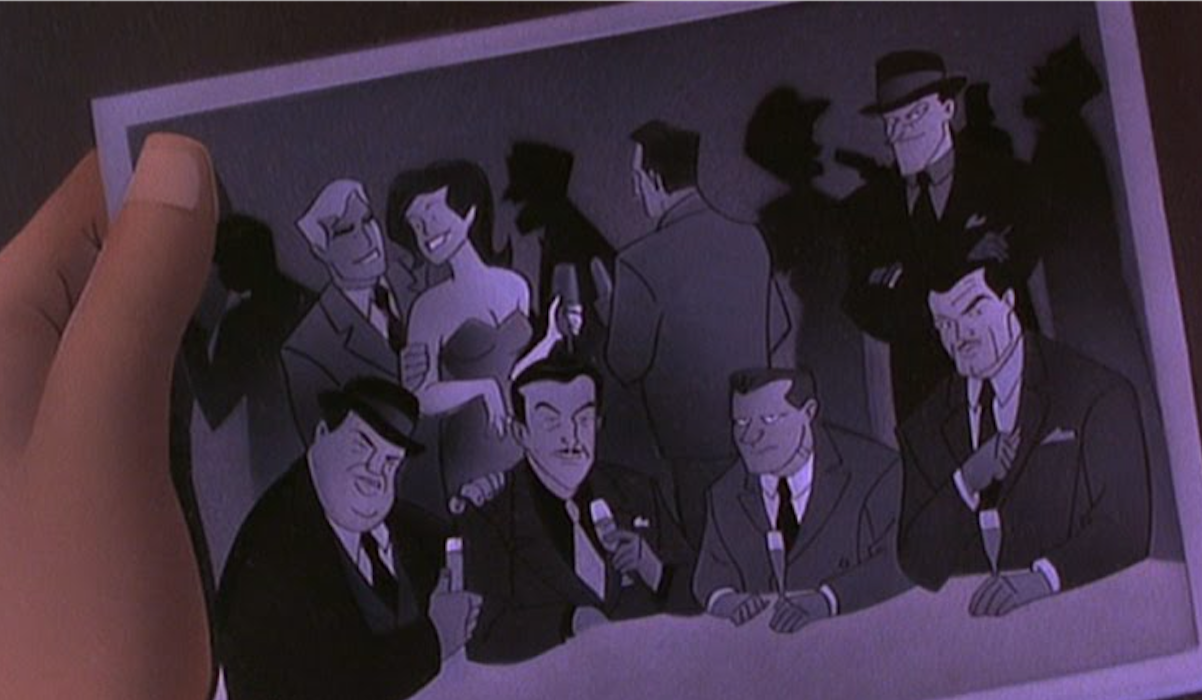 Even if the Joker’s background in this origin is not as a low-level mob hit-man (like in Batman: Mask of the Phantasm), it would still be interesting to see the world of Gotham organised crime. The time before Batman would have been the mob’s heyday and seeing a young, still learning Joker carve out his piece of Gotham from these decades-old crime families would be a lot of fun. His colourful and violent antics are the polar opposite of the mob’s calculated, semi-legitimate businesses. For that reason, seeing a young Joker interact with the Falcone, Bertinelli, or Maroni families would be great, especially with Scorsese lending his mob-movie experience.

Regarding these last two points, the DCEU Joker origin movie could succeed doing one of these options, but not both:

2. Telling the Film in Flashback 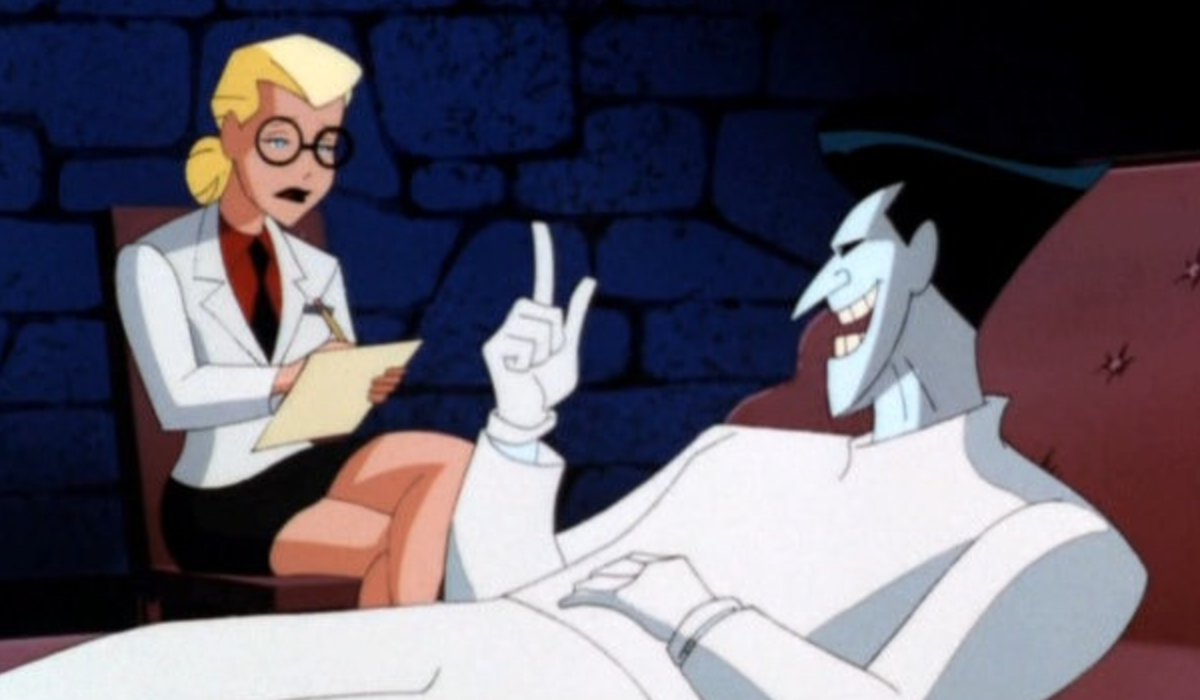 Option A: this Joker origin film is a prequel story to Jared Leto’s character in the DCEU. The film’s plot will flesh out a mostly undeveloped character and make audiences eager to see more of him in upcoming films. A clever way to achieve this, and keep a key part of the Joker mythos alive, is to end the film with the reveal that the whole thing was told in flashback to Dr. Harleen Quinzel in Arkham Asylum.

This would explain why a sadist like the Joker was such an enigmatic character in the film, since it was being told by the Joker himself. He could throw in a wink to the audience about how the entire story we just heard could be untrue; what more unreliable of a narrator could you get than the Joker? If this film’s twist ending dovetailed into Harley falling for the Joker’s manipulation, then its uniqueness (even generic qualities) would be explained nicely in-universe.

1. Beginning a Line of Elseworlds Films 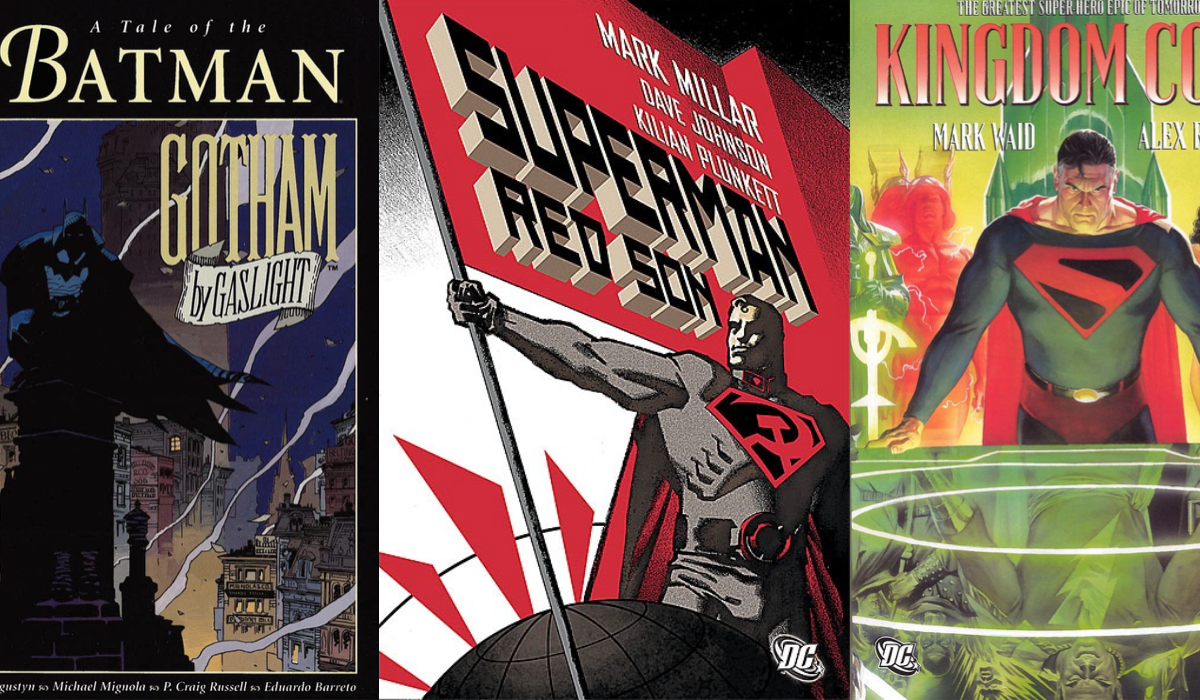 Option B: This Joker has no connection to Leto’s or the DCEU. It is instead its own stand-alone story in its own stand-alone universe. DC comics has a tradition of publishing “Elseworlds” stories that feature different takes on popular characters. Batman: Gotham by Gaslight is already been adapted into an animated movie, so now could be a good time for DC’s live-action films to embrace this same strategy. It does run the risk of confusing audiences, but the best Elseworlds stories are so crazy that I doubt anyone would be confusing them with normal DCEU films too much. Plus, if DC began a string of Elseworlds movies, it would beat Marvel to the punch, as they have yet to adapt any “What if…” comics into feature films.

Do you have high hopes for the Joker origin movie? What element of it excites you the most? Sound off in the comments or send us your thoughts on Facebook or Twitter!