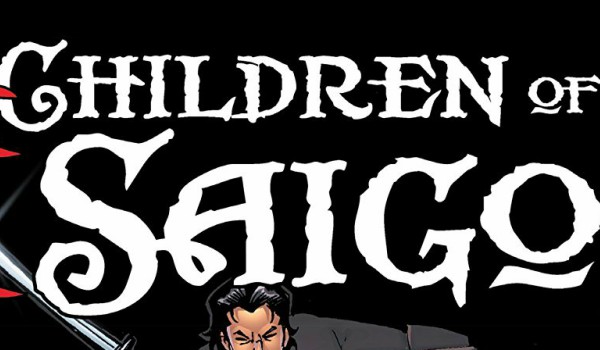 I was fortunate enough to interview Glenn Jeffers, the creator of the graphic novel Children of Saigo.  It tells the story of a family who are descended from a samurai and face off against the daughter of a yakuza boss who wants them dead while also dealing with their own personal problems.  Jeffers talks about the inspiration for the comic and why he combined a samurai story with a family drama.

A Place To Hang Your Cape: What drew you to making a modern-day samurai story?

Glenn Jeffers: At the time I wrote Children of Saigo, I was dealing with a couple of things, most notably my mother’s death from cancer and our family’s response to that. At the same time, journalist Thomas Friedman‘s ideas on globalisation (merging of markets, technology, communications, etc.) were swirling around my head. I started to wonder if the way America has co-opted much of Japanese pop/geek culture into our own (Sailor Moon, Pokemon, animation styles ranging from Avatar and Korra to Code Lyoko, Ken Watanabe voicing a Samurai-looking Autobot in the last two Transformers movies) had moved past Friedman’s ideology and more toward cultural appropriation, which tracks along Kijiro’s motivations in the book. But ultimately, it boils down to this: I wanted to write a comic book with swordplay and gun fights. The rest just worked toward filling in the characters and plot.

AP2HYC: Were there any films or comics that inspired your comic?

Jeffers: Oh, yes. Three, in fact. The most recent was Kill Bill Vol. 1 and the fight between the Bride and the Crazy 88. Because bloodshed. But the other two are a bit older and somewhat obscure: Rising Sun and Showdown in Little Tokyo. These worked for a few reasons: 1) I am a sucker for late 80s/early 90s American action films, which is kinda the tone of the book. 2) They both deal with non-Asians steeped in Japanese culture as the main characters: Sean Connery‘s John Connor and Dolph Lundgren‘s Chris Kenner. So, again, it’s more about, “Okay, we’re trying to tell an East-West story, and we’re utilising various aspects of Japanese culture to tell that story, but what are we saying about how those two cultures are blended together? Is one usurping the other? Is Japanese culture a playground for non-Asians to frolic?”

AP2HYC: What is your favourite samurai story? A comic, book or film perhaps?

AP2HYC: Which part of the comic came first, the samurai part or the family drama part?

Jeffers: Wow. Holy chicken -or- egg. Probably the samurai part because the “in” or “aha moment” or spark (whatever you want to call it) came while I was a reporter for the Chicago Tribune. I worked for a features section focused on leisure and entertainment called “At Play”, and we were running a contest where we asked readers what they wanted to be. Like, “I want to become a singer” or “I want to learn to ride a skateboard.” And if the request wasn’t too crazy, we’d help them do it. I got a letter for a reader asking us to turn her into, yup, a samurai. We didn’t fulfil the request, but the idea fired a shit-ton of synapses in my head. The family drama part, again, comes from my family and what we were dealing with and the idea that, while we know how to push each other’s buttons, we always come together in times of upheaval and crisis.

AP2HYC: Is there any character in the comic that you relate to or is inspired by you personally?

Jeffers: I’d say most of the characters come from different aspects of my personality. But the character closest to me in terms of my family is Teron. T’s the youngest of the four, same as me. He’s closest with his sister, Zoe. Same as me. The relationship between Zoe and Teron is practically the one I have with my sister. I love her to death, but I would never want to cross her. For starters, she’s got a temper. Second, she collects swords; I just bought her a naginata for her birthday. Also, she was my introduction into Japanese animation when I was a teen, like, beyond Voltron and G-Force. (She got me a copy of Akira when I was 13. Mind blown.) When she read the book, she immediately recognized Zoe’s origin. Mind you, she wasn’t thrilled that Zoe was white, but she appreciated the badassery. 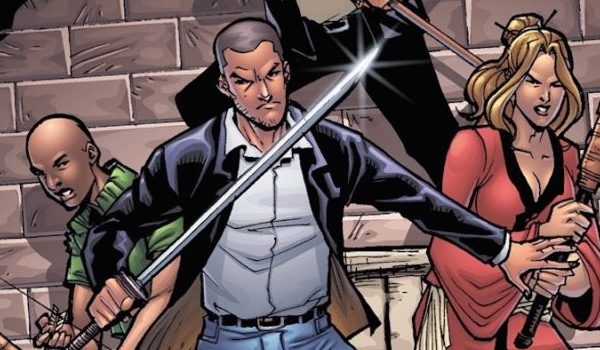 AP2HYC: What inspired you to make a comic about a family with adopted and biological children?

Jeffers: Great question. Again, it goes back to that idea of globalization vs. cultural appropriation. The comic’s imagery and plot centring around non-Asians steeped in samurai culture is deliberate. Ben’s a modern-day samurai for all intents and purposes, a retired SOCOM operator who cherishes his adopted family’s history. Same with Zoe. She makes high-fashion kimonos as a designer and makes katanas as a hobby. The adoption of culture in this instance is both literal and figurative. They come by it honestly enough; they’re adopted into a family that finds its ethics, values and belief systems in Bushido, much like the way Christian parents take their children to church to learn their ethics, values and belief systems. Another point about the characters being adopted: I have friends who were adopted into their families (and know) and many are incredibly grateful for it. They look at adoption as being part of an involuntary lottery, and they happened to hit winning numbers and wind up in god, loving homes.

So, I wanted to show Ben, Zoe and, to a lesser extent Teron’s, eagerness to adopt Masaki’s history and culture as their own based on that kind of appreciation. Kijiro and, in other respects, Shiro, take offense to that. Kijiro’s perspective is easy enough: Fucking gaijin playing samurai. But Shiro comes at it a little differently. In Shiro’s case, part of that offense is jealously over Ben’s relationship with Masaki, his adoptive father and Shiro’s biological father. But Shiro also resents that a non-Asian appreciates his culture and history more than he does. After all, it’s Shiro who has a biological and cultural claim to it. This is evident in Ben and Shiro’s fight over the swords, considered the most valuable of Koji’s heirlooms.

That Ben tries to stop Shiro from selling the swords is galling to him. In Shiro’s mind, the swords are his birthright. He can do with them as he pleases. Ben himself can’t believe that Shiro would want to sell the swords, mainly because of the importance Ben places on that history and tradition, something he’s grateful to be part of. And when Masaki ultimately sides with Ben, it breaks Shiro in a way that haunts him and not only strains his relationships with Ben and his father, but also with the rest of the family. So, we have two men coming at the idea of family and tradition from very different angles. And that’s what makes this arc my favorite in the book.

AP2HYC: Did you consider setting the comic in Japan or was it always going to take place in America?

Jeffers: Always in America. Always in Chicago. Though I recently moved to the Left Coast, Chicago remains a home to me (even though I was born and raised in Jersey). So, I wanted parts of that (and the nearby Indiana Dunes) to play a role in the story. Also, America fits with that “globalization vs. cultural appropriation” theme we have going. Though, in the back of my mind, if we ever do a sequel, I’d want to set it in Japan and throw the Iwanagas into the deep end.

AP2HYC: Is there another genre you want to create a comic about, for example western or gangster?

Jeffers: Well, my work has mostly been in historical fiction/true crime, with a focus on the civil rights movement. I worked on Children of Saigo while writing and producing a play called The Marker that focused on the death of Viola Liuzzo, the first white, female protester killed during the movement. So, depending on how things turn out with this, maybe there’s a chance to try something in this medium again. I’d also like to try my hand at superhero comics. I cut my teeth on X-Men growing up and would love to try something a little more grounded. I’m also a Warren Ellis fan, so I’d want to try something along the lines of Planetary and The Authority, with big concepts and questions and playing with futurism and the like, but not as cynical or dour. But that all depends on time, opportunity and, of course, funding. In other words: Buy the comic, people!

AP2HYC: What are you currently working on?

Jeffers: One of my writing partners on The Marker had the braindead idea of starting a production company here in LA, and I was stupid enough to follow him out here and help (sarcasm). So, we’re here pitching ideas and actively developing a miniseries. Can’t go into details right now, but fingers crossed!

Many thanks to Glenn Jeffers for his time. Don’t forget to find out what we made of Children of Saigo, as well as checking the comic our on Comixology.